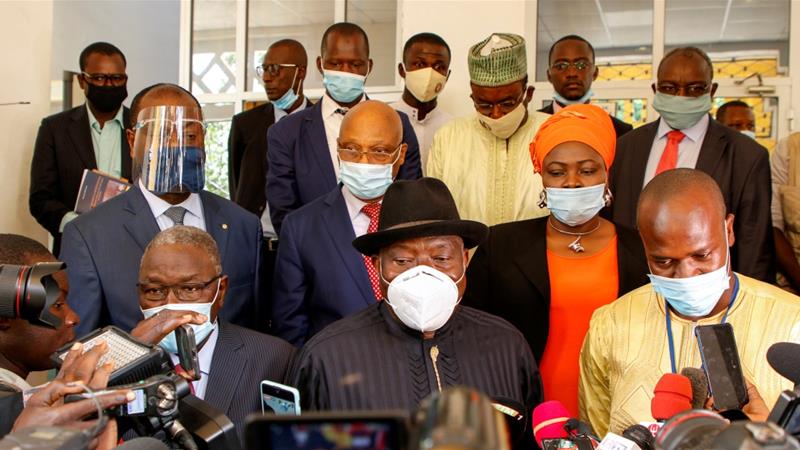 By AL JAZEERA and NEWS AGENCIES

Talks between a delegation of West African envoys and the military officers who overthrew Malian President Ibrahim Boubacar Keita have ended without a deal on how the country should return to civilian rule following last week’s coup.

The mediation team from the regional bloc Economic Community of West African States (ECOWAS) would report to heads of state on progress made before a summit on Mali later this week, Colonel Ismael Wague said on Monday, but the military spokesman added that the final decision on the makeup of an interim transitional administration would be decided “by Malians”.

He added that no timeline had been established for elections to return the country to civilian rule. The coup leaders previously said they would stage elections “within a reasonable time”. 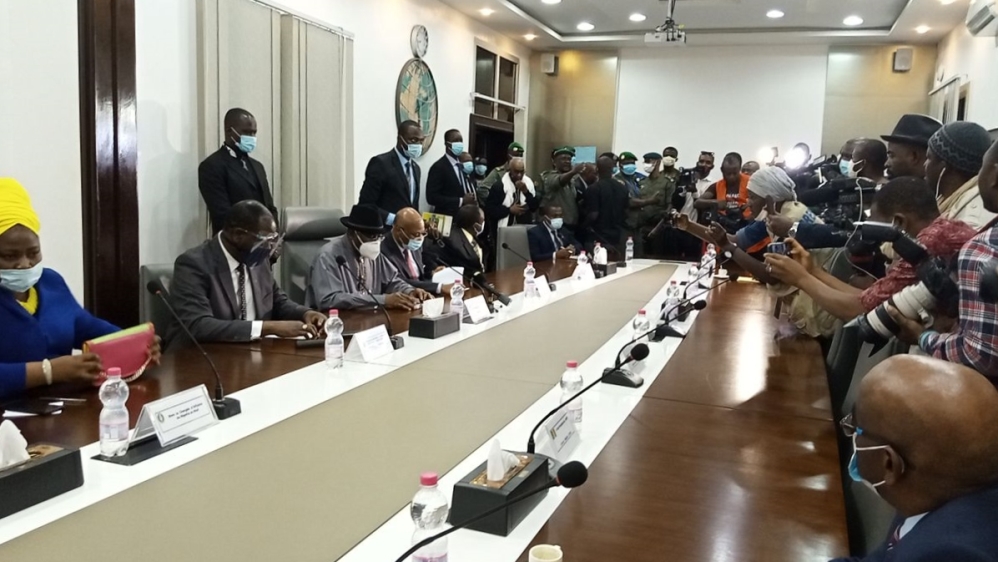 Separately, the two sides meeting in the capital, Bamako, said Keita – whose return to office had been initially demanded by ECOWAS – no longer wished to resume duties.

Wague maintained that Keita, whose term was set to expire in 2023, had resigned of his own free will and not because he was under pressure from mutinous soldiers.

The ECOWAS delegation met the 75-year-old former president, who was being held at the military barracks in Kati, near the capital, Bamako.

“President Keita told us that he has resigned, that he was not forced to do so and that he does not want to return,” former Nigerian President Goodluck Jonathan, who led the delegation, said on Monday. “He says he wants a quick transition to allow the country [to] return as soon as possible to a civilian regime.”

‘Do I really have a choice?’

On the morning of August 18, soldiers at the barracks in Kati launched a mutiny and then began detaining officials in the capital. They later encircled the private residence where Keita was staying with his prime minister and fired shots into the air. The coup leaders maintained they took the president into custody for his own protection.

At around midnight, Keita appeared on state television and announced his immediate resignation, as well as the dissolution of his government and the National Assembly. “Today, certain parts of the military have decided that intervention was necessary. Do I really have a choice? Because I do not wish blood to be shed,” Keita added in his brief statement.

Before dawn, five military officers also made a televised statement announcing that their committee was now in control.

The coup against Keita triggered shock waves among Mali’s neighbours, who feared that a country hit by escalating violence would spiral into chaos.

ECOWAS – comprised of 15 member nations – sent a high-level delegation to Bamako on Saturday to press its demands for the “immediate return to constitutional order”.

The bloc has suspended Mali from its decision-making institutions, shut borders and halted financial flows with the country.

“There were discussions on both sides, given that at this stage nothing has been set down, nothing has been decided, and that as far as we are concerned, the final architecture of the transition will be discussed and defined by us,” said Wague.

Jonathan said: “We have agreed on a number of issues, but there are some issues that we have not agreed. So on those issues we told the military officers the thinking of ECOWAS and we asked them to go and review.”
Security crisis

While last week’s coup met with international condemnation, thousands of opposition supporters celebrated the president’s removal in the streets of Bamako, and the coup leaders said they “completed the work” of the protesters.

The coup followed months of protests calling for Keita to step down as public discontent with the government grew over alleged corruption, persistent economic woes and worsening security in large parts of the country where affiliates of al-Qaeda and ISIL (ISIS) are active.

Mali has struggled to regain stability since 2012, when ethnic Tuareg rebels and loosely aligned armed groups seized the northern two-thirds of the country, leading former colonial power France to intervene to temporarily beat them back.

As the government and international actors have sought to restore peace in the north, violence has steadily increased in the country’s central region, where the state is largely absent, and spilled into neighbouring countries.

Those attacks grew fivefold between 2016 and 2020, with 4,000 people killed in Mali, Niger and Burkina Faso, up from about 770 in 2016, according to the UN. Hundreds of thousands of people have been forced to flee from their homes and thousands of schools have closed.

At the same time, authorities’ support of some local militias against others and accusation of abuses and extrajudicial killings by Malian troops have perpetuated deep-seated mistrust and enmity in regions with little official presence otherwise.

« NTVUganda has added Police headquarters closed over COVID-19 case video (Previous News)
(Next News) UGANDA: International standard tests which some of you might not know about but might need for scholarships or jobs »