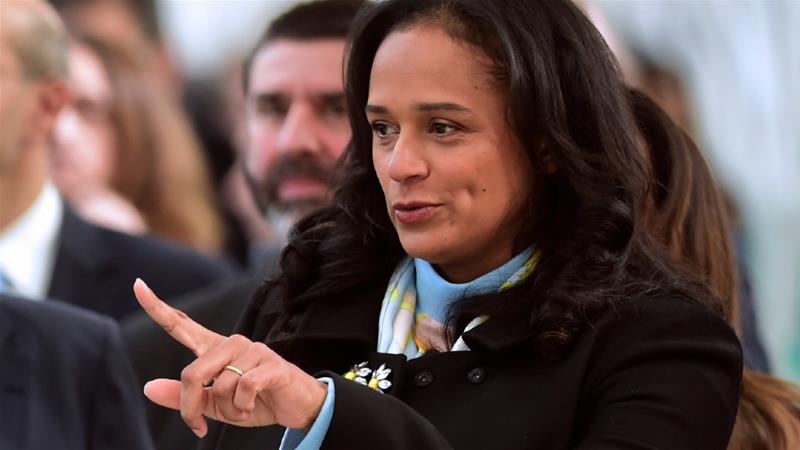 Isabel dos Santos has been accused of looting state resources worth billions of dollars.

Portugal has ordered a freeze on bank accounts held in the country by Angola‘s billionaire former first daughter Isabel dos Santos, who is accused of stealing state funds to build a colossal business empire.

She has denied the “unfounded allegations and false claims” and said she has taken steps “to act legally” against the outlets that published them.

Dos Santos, 46, has been living in Europe since Angolan President Joao Lourenco fired her as head of the state oil company Sonangol in 2017, soon after he took over from her father.

She has been indicted by Angolan prosecutors for a host of top-level financial crimes, including money laundering and forging documents.

Dos Santos and her associates have huge stakes in several Portuguese firms as well as bank accounts in the country.