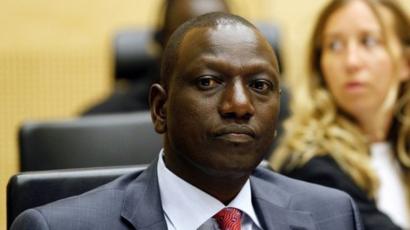 A man found dead in Kenya over the weekend was a key witness for Deputy President William Ruto at his trial in The Hague, his lawyer has said.

Meshack Yebei’s decomposed body was discovered in western Kenya after he was reportedly abducted on 28 December.

The International Criminal Court (ICC) has said he was offered protection in a safe location but returned home.

Mr Ruto denies charges of crimes against humanity over violence which erupted after the 2007 election.

He is the most senior government official to be tried by The Hague-based court since its formation more than a decade ago.

The ICC dropped similar charges against President Uhuru Kenyatta last month, alleging that prosecution witnesses had been intimidated and had changed their testimony.

Mr Kenyatta maintained he was innocent, saying the prosecution had no case against him.
‘Shocking’

Kenya’s Director of Public Prosecutions Keriako Tobiko has ordered police to carry out a “speedy and thorough investigation” into Mr Yebei’s murder. 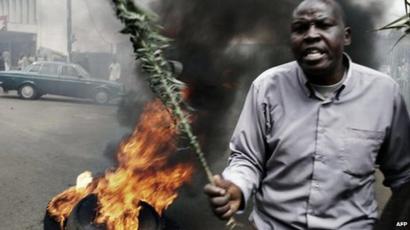 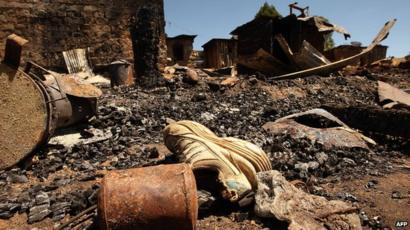 Image copyright Some 600,000 people fled their homes during the conflict

His family said over the weekend that he was killed to prevent him from appearing at The Hague, but there was no official confirmation at the time of his involvement in the deputy president’s trial.

Mr Ruto’s lawyer Karim Khan has now written a letter to the head of Kenya’s Criminal Investigation Department, saying Mr Yebei had been a “critical witness” who had been referred to the ICC’s Victims and Witness Unit for protection.

“It’s our strongly held view that an attack on any witness constitutes an interference with the proper administration of justice and indeed an attack against William Ruto,” Mr Khan said.

“The news of his abduction and murder is both shocking to us and a matter of grave concern.”

The ICC’s registrar, Herman von Hebel, said Mr Yebei had been offered safe residency in a new place, but he returned to Eldoret – a town in western Kenya which had been badly hit by the violence which following the disputed 2007 election.

“We express our profound condolences to the family,” he said in a statement on Tuesday, adding that he was not a prosecution witness.

Mr Yebei’s body was found on Saturday near a bridge on the road between Eldoret and Kisumu town.

The post-mortem showed that he had been hit on the head with a blunt object, Kenya’s privately owned Standard newspaper reports.

Mr Ruto and Mr Kenyatta were on opposite sides of the 2007 election, but formed an alliance for the 2013 election which propelled them into power.