JOBS: Fortune 500 companies do not hire top graduates to dictate what to do 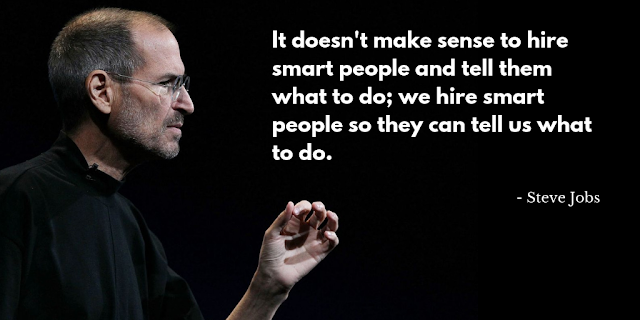 Having worked for the biggest oil company in Canada and one of the fortune 50 in Canada, I cannot emphasise enough how leadership of a company affects the bottom line (Profit).

List of largest public companies in Canada by profit https://en.wikipedia.org/wiki/List_of_largest_public_companies_in_Canada_by_profit

Then having worked for one of the global Fortune 500 companies, I cannot emphasise enough how employee development is crucial.  CONTINUOUS LEARNING.

We are talking about companies that only hire the cream of la creme from only the top universities in the world.  Some shithole universities are also considered though because these companies only look for top marks, past community work, any part time job you held while in school, personality and IMPECCABLE communication skills (Read English for Uganda).

What I found out is that they do not expect much from you after you go through the screening and interview and you get hired.  They only expect you to be a quick learner.  How do you learn? By READING daily.  And then they will expect you to write things like Project Plans, Business Plans, Budget things.  They do not hire you to just sit in a corner office with a window to collect your 6 figure salary (in dollars), they expect you to be one of the next leaders of the corporation.

These companies will send you for all the training you need in the world to keep you if you show interest in your job and my gosh, some of us love our work so much that training is actually an extra chore.  While you are away for training for something like 30 to 50 days a year, no one is gonna do your job.  You learn to multitask.

Such companies hardly have micro managers breathing down your neck unlike some others. I think Steve Jobs put it best. “We hire the best people so that they can tell us what to do”.

The minute you suffocate ideas, you are doomed.
====

Micromanagers are detrimental to morale and organisation bottom line

[Micromanaging is very bad.  In fact, very detrimental to an organisation and in my opinion such managers need to be weeded out. I have written some articles about this topic in the past for #Uganda and most can be found on my blog.  Micromanaging is the rule of the day in Uganda.  Oh we have so much work to do since it starts right from dictator #Museveni micromanaging everyone like they have no brains or something worse. It is like he has everyone on speed dial.]

Micromanaging diminishes your self-worth. When someone is micromanaging you it spells to you that:-
They don’t trust you
They are probably putting you down, and attempting to lower your self-esteem, and boost theirs instead.

As by their actions of micromanaging and showing their lack of trust, it generates fear in you because you’re thinking goes to imagining that you are going to get the sack, be transferred or given less hours; you freeze and go into protection mode.
Because of the actions of your boss and being frozen with fear, your cognitive abilities go out the window, you make silly errors you wouldn’t normally do, and the boss calmy and smugly congratulates himself – as this is his proof that you needed micromanaging. It also increases his busyness and looking important to his seniors.
Avoid micromanaging at all costs.

There is something basically wrong in the organisation if there are insufficient systems to protect the company without the need of micromanaging.
Micromanaging is a brilliant way to destroy a great culture in an incredibly short space of time.
Micromanaging destroys trust! Trust can take years to build and 30 seconds to destroy.
It also destroys discretionary effort and turns the team into little zombies who are afraid of everything.

So where do these micromanagers come from? Usually the temptation is to employ people like yourself. If one of the directors who is in charge of hiring is a micromanager watch out!
Of course we get influenced by the media and the dear old governments around the world. The media and governments love to spread fear, and want us all to live in little micromanaged bubbles.
The cartoon of Leunig’s above captures it well.
So is there ever a time for micromanaging? Sure. When someone is learning they need to be micromanaged until they have learnt the process, system or procedure. But how you do that has to be on a curve that leads them to self-empowerment.

You also need to micromanage when there is the suspicion of gross misconduct such as suspected fraud or other serious issues going on.
So why do some bosses persistently micromanage? Often it is because they are filled with fear themselves. Full of what if’s.
They are also worried and fearful about what others think. What other people think of course is none of your business!
Lao Tzu, Chinese philosopher wrote, ‘Care about what other people think and you will always be their prisoner.’

The Micromanager is not happy. Impossible to be happy, as they are racked by fear. They are spreading fear. The best place for them is away from people and dealing with figures which have to be deadly accurate. Then when they have micromanaged their way through these figures, tell them that they are a 100% correct, and if you are lucky you may get a smile and they will definitely tell you that they knew that.
Would you like some help with dealing with micromanaging issues?
I fix that, along with a lot of other things in businesses around the world.

Did you find apk for android? You can find new Free Android Games and apps.
Sharing is caring:
Opinion, Leadership Jobs Work Leadership Jobs Work, Opinion Comments Off on JOBS: Fortune 500 companies do not hire top graduates to dictate what to do Print this News

« JOBS: Fortune 500 companies do not hire top graduates to dictate what to do (Previous News)
(Next News) Endless Night »

UGANDA: Advice to new graduates and soon to be unemployed

Want create site? Find Free WordPress Themes and plugins. I am responding to a tweetRead More

JOBS: Quartz Africa is hiring an EAC Nairobi based Correspondent, other jobs available