:JEFFREY EPSTEIN: Hundreds of other people could be implicated in court documents 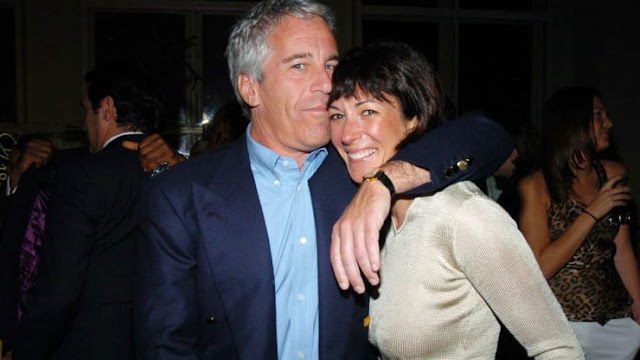 By CNBC, NEWS AGENCIES
Still-secret court filings related to sexual predator Jeffrey Epstein and his alleged procurer Ghislaine Maxwell could implicate “hundreds of other people,” Maxwell’s lawyer said Wednesday during a hearing.
But finding out who they are will take some time.
Maxwell’s lawyer and an attorney for women who claim Epstein, a financier, sexually abused them told U.S. District Judge Loretta Preska they have not agreed how the documents should be unsealed.
Preska was clearly irritated with their lack of progress on the documents, which are part of a defamation lawsuit that one of Epstein’s accusers, Virginia Giuffre, filed several years ago against Maxwell, a British socialite.
The case files are known to contain claims by Giuffre that she was sexually abused by “numerous prominent American politicians, powerful business executives, foreign presidents, a well-known Prime Minister and other world leaders.”
“Did you people not talk about this?” Preska asked the lawyers in federal court in Manhattan when she was told there was no plan in place for reviewing the documents.
Preska ended the hearing with a tentative plan to have the attorneys take the next two weeks to hash out a process for categorizing the thousands of pages of sealed documents.
After that, the lawyers would have a week to designate which group of documents should be unsealed first, with a rolling week-to-week process thereafter to evaluate the material and argue over how much or how little should be disclosed publicly.
There could be up to 10 categories for the documents.
Jeffrey Pagliuca, a lawyer for Maxwell, said the sealed documents include “literally hundreds of pages of investigative reports that mention hundreds of people.”
“There are hundreds of other people who could be implicated” in the documents, Pagliuca said.
Pagliuca said he wanted a month or so to determine which documents go in which categories.
Preska rejected that idea.
“You know we got to get this done,” the judge said.
The hearing came nearly a month after Epstein killed himself in jail while awaiting trial on child sex trafficking charges related to his alleged abused of dozens of underage girls from 2002 through 2005 at his luxurious properties in New York City and in Palm Beach, Florida.
The financier was a former friend of Presidents Donald Trump and Bill Clinton, and Britain’s Prince Andrew. He had pleaded not guilty in the case, in which prosecutors had claimed his abuse was abetted by unidentified conspirators who helped provide him with a stream of young girls and women to satisfy his sexual obsessions.
Prosecutors have said they are continuing to investigate the case, leaving open the prospect that others could be criminally charged.
Epstein’s longtime friend and former romantic partner Maxwell is the daughter of late media tycoon Robert Maxwell, who died at sea under mysterious circumstances after swindling companies out of hundreds of millions of dollars.
Ghislaine Maxwell has been accused by multiple women of acting as one of Epstein’s procurers. She has denied the allegations and has not been charged.
Giuffre first sued Maxwell for calling her a liar for having claimed that Maxwell and Epstein sexually abused her when she was underage.
Giuffre had also alleged that she was sexually abused while in Epstein’s circle by multiple high-profile politicians and business executives, as well as as noted lawyer Alan Dershowitz, a Harvard Law professor.
Dershowitz has denied Giuffre’s accusations.
Maxwell later settled that civil case with Giuffre on terms that have not been disclosed. But Maxwell has repeatedly fought to keep the documents filed in the case sealed.
Another federal judge and a federal appeals court rejected her efforts, setting the stage for the documents to be unsealed, albeit possibly with some redactions.
More than 2,000 pages of documents from the case already had been released just days before Epstein hanged himself in his Manhattan jail cell. He was 66.
In some of those documents, Giuffre, while being questioned in a deposition, says that Maxwell and Epstein directed her to have sex with Prince Andrew, former New Mexico Gov. Bill Richardson and former Democratic Senate Majority Leader George Mitchell.
All of those men have denied Giuffre’s allegations.
The documents also included flight logs showing Trump flew on Epstein’s private plane in 1997. Clinton already was known to have flown on Epstein’s plane multiple times.
Sigrid McCawley, a lawyer for Giuffre, had originally proposed a light redaction process that would only black out Social Security numbers, the names of underage victims and sensitive medical information.
But Preska rejected that plan in favor of Pagliuca’s recommendation that the documents be categorized by type, with the parties then coming to agreement or arguing over which should be unsealed.
Preska will have the final say in any disputes.
The judge also seemed to brush aside McMcCawley’s suggestion of making the documents public in groups, as opposed to waiting to release them all at once.
“I don’t see why we don’t do this all at once,” Preska said.
The hearing came a day after a man identified in court papers only as John Doe filed a letter asking Preska not to unseal mentions of his real name, or the names of other still-unidentified people because it could hurt their reputations.
Doe’s lawyers attended the hearing.
So did lawyers for Dershowitz, who previously represented Epstein.
During arguments at the hearing, a lawyer for Dershowitz told Preska his client believes in maximum transparency and wants everything to be unsealed.
“I don’t care,” Preska said, drawing laughter in the court.

« XENOPHOBIA: Could South Africa be dealing with symptoms of unfinished revolution? (Previous News)
(Next News) Emerging Frontiers in Research and Innovation 2020 (EFRI-2020) »

Director of MIT’s Media Lab steps down over Epstein ties