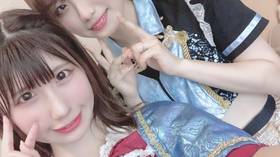 Japanese pop idol Ena Matsuoka was assaulted outside her home by an obsessed fan who was able to figure out where she lived by zooming in on the reflection in her eyes in a photo and matching the scenery to Google Maps.

Matsuoka, a member of the J-pop group Tenshitsukinukeniyomi, was ambushed by an obsessive fan who stalked her at her Tokyo home by using selfies she had uploaded to social media.

Hibiki Sato, an unemployed 26-year-old, waited for the singer to come home at a nearby bus stop and crept up behind her as she approached her door, covering her mouth with a rag before dragging her into a “dark corner” and molesting her, according to local media. A struggle ensued which left Matsuoka’s face injured.

Sato confessed to the crime when he was finally arrested on September 17, 16 days after the assault. Admitting he was an obsessive fan (“sasaeng” in Japanese), he explained how he had tracked her down using the photo. He even figured out which apartment was hers by analyzing the direction of the light and the type of curtains in the picture, he said.

Sato was indicted for the crime on Tuesday.

Did you find apk for android? You can find new Free Android Games and apps.
Sharing is caring:
world news, Stalking Stalking, World News Comments Off on Japanese pop idol attacked after STALKER finds her home by zooming in on her EYES Print this News

« Japanese pop idol attacked after STALKER finds her home by zooming in on her EYES (Previous News)
(Next News) Cargo Plane Crashes in Congo, Killing Presidential Staff Onboard »