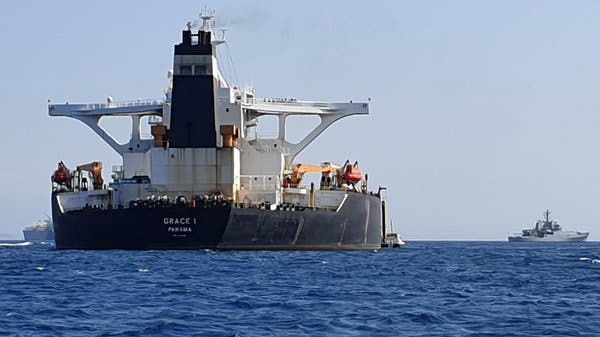 Grace 1 was seized by UK marines on 4 July over an alleged breach of EU sanctions against Syria. Iran’s state-run television and radio corporation IRIB reported earlier, citing sources, that the vessel would be released within 48 hours.

Gibraltar Chief Minister Fabian Picardo has said that the Grace 1 would be released on Thursday, adding that the Gibraltar authorities would not renew order to detain the oil tanker, The Sun newspaper reported.

Gibraltar detained the tanker because of suspecting that Grace 1 was allegedly smuggling oil to Syria in violation of the European Union’s sanctions on the county. The captain and three more crew members were detained as part of Gibraltar’s investigation as well.

According to The Sun, the captain of Grace 1 has reportedly given the Gibraltar Chief Minister a written undertaking, and Picardo would not ask a judge to extend the detention during a court hearing on Thursday.

The situation prompted Iran to tighten control over the Strait of Hormuz and the Persian Gulf. On 19 July, Tehran seized UK tanker Stena Impero. It is now in Bandar Abbas port, with all the 23 crew members remaining on board.

The United States blamed Iran for the incidents and started building up its military presence in the Gulf afterward.

Iran subsequently shot down a US surveillance drone over the coastal Hormozgan area, prompting threats from the United States.

Reacting to these developments, US President Donald Trump initially said Iran made “a very big mistake” but later told reporters that he doubted the drone was shot down intentionally. Some US lawmakers, however, have called for taking action against Iran over the incident.

Moreover, Washington has been reportedly trying to build a coalition to secure shipping in the strait, through which a third of all seaborne oil passes.

US-Iran relations have deteriorated since Trump unilaterally withdrew the United States from the Joint Comprehensive Plan of Action (JCPOA), also known as Iran nuclear deal, last spring. The United States proclaimed it intends to bring down Iran’s sale of oil to zero and re-introduced sanctions on almost all major sectors of the Iranian economy.

In May, Tehran announced its own decision to partially suspend obligations under the JCPOA and gave the other agreement signatories 60 days to save the accord by facilitating oil exports and trade with Iran. As the deadline expired, Iran said it would begin enriching uranium beyond the 3.67 percent level set in the JCPOA and warned it would gradually abandon its nuclear commitments every 60 days.

Pentagon: 34 US Troops Had Brain Injuries From Iran’s Strike