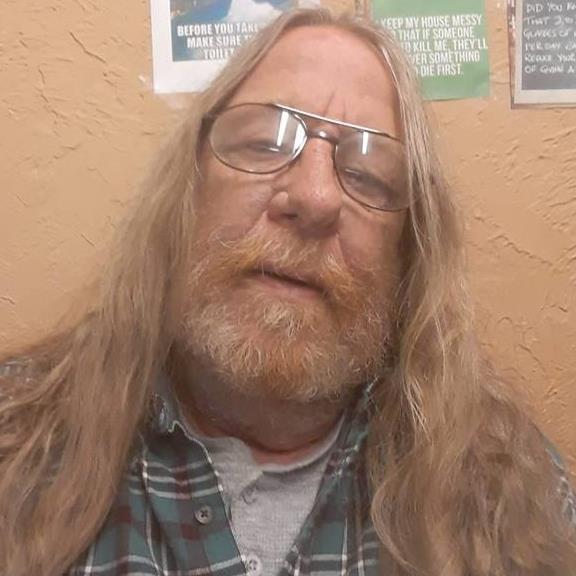 Today, the world lost an angel. Here is a little bit of information about Ricky Baugh from my interaction with this Gentle Giant.

I met Ricky Baugh on Facebook in 2013. We picked up as if we had known each other all of our lives. Ricky used to defend me on Facebook when I was being attacked for being GAY. The year 2013 was the height of Uganda homophobia.

In 2013, I told Ricky “move to Moncton. I have 40 acres of land. I will give you one acre to build a wood cabine”.  He actually even took me serious. In the years which followed, I kept telling him “you have one acre of land here. Move up you wimp Gringo”.

Ricky had a killer sense of humour. He would retort “But Martha, those Ugandans need to move to Canada instead of me moving from California to freaking New Brunswick”.

Over 7yrs, Ricky and I formed a bond. Ohhhh. I wish you could understand. Ricky and I did not have one of them relationships which has to be watered daily like flowers. We would pick up easily from where we left off.

Now this is where it gets to be interesting. RICKY in hospital. I called him last week and the medics at the hospital allowed me to talk to him. He was barely audible until I said “Ricky, get the F out of that hospital and come here build our log cabin on the 1 acre land I offered you 7yrs ago”.  Barely audible, he laughed. What a great sound. We talked for maybe 27 minutes and he got tired. I could tell from his voice.

I then said “Let me sing you a song so that you can go to sleep”… Malaika, nakupenda malaika.

I sang to him the whole song and then switcharooed into English “Angel, I love you my angel”. Now I am thinking he is gonna complement me on my great singing because when I sing, the angels pause in heaven and listen. Rick says “No shit, Martha, you can’t sing but thanks. I love you too”.
===

To All Of Ricky’s Friends,

This is Michael Poloski speaking to you on Ricky’s Behalf, It is with a sad and heavy heart to let everyone know that Ricky passed away last night at approx 8:40pm.

He passed peacefully & he was not alone during his last days. Peter, Dan & I spent a great deal of time watching & praying over him these past few weeks.

Ricky had a Heart as big as the Grand Canyon & cared for his friends with endless compassion.

Ricky will be Greatly Missed by all of us
===

« UGANDA: WHY THE MUSEVENI -KAGAME MEETING IS A STILLBIRTH IN WAITING (Previous News)
(Next News) Florent Pagny-N’importe quoi »