HOW MUSEVENI IS AIDING RWANDA’S ‘INFILTRATION’ OF HIS SECURITY APPARATUS 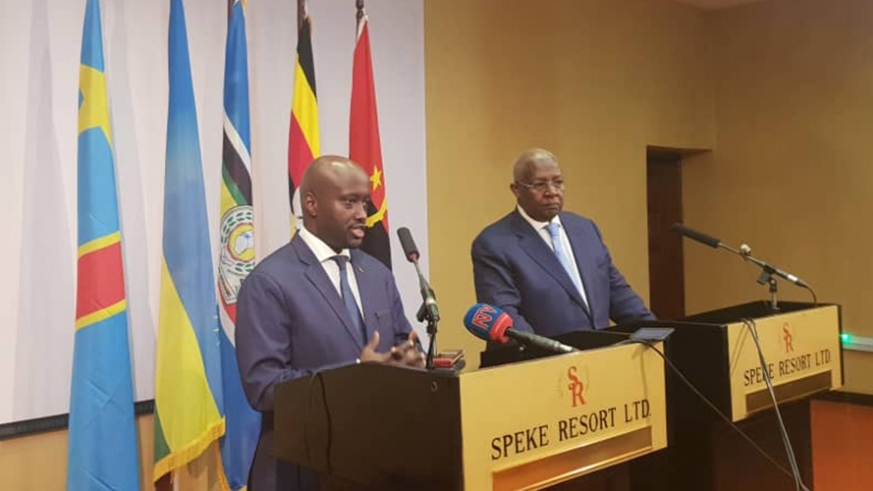 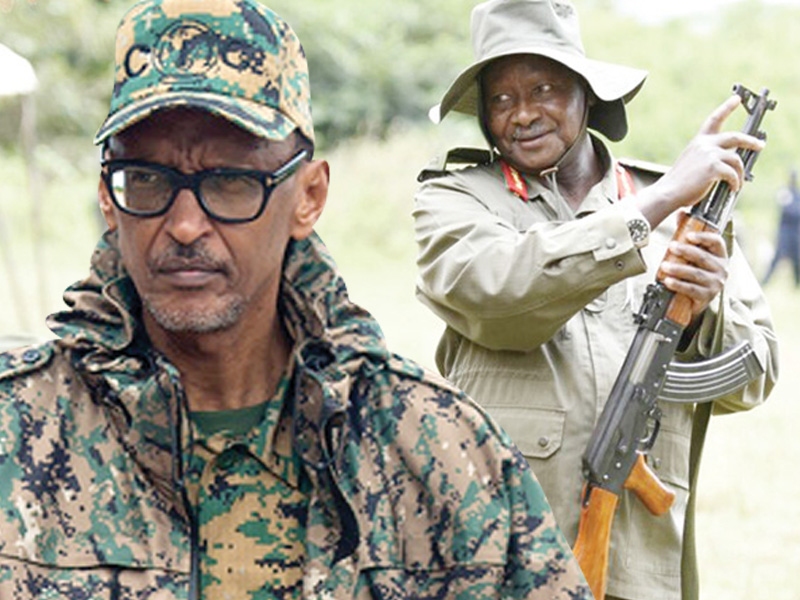 Amidst the ingoing diplomatic fallout between Kagame and Museveni, there are accusatuons and counter accusations. Rwanda has repeatedly accused Uganda of harboring armed dissidents opposed to Kigali while Uganda is accusing Rwanda of espionage by alleged ‘infiltration’ of its security apparatus.  World over, nations spy against each other for economic, political and security reasons.

While spying for economic reasons is prevalent in the developed countries, in Africa, the most common form of spying is for neighboring states to harbour and aid armed dissidents against each other.  The aim is to cause regine change so that a client (friendly) regime is put in place.  Infiltration is one of the methods of spying where the other party systematically plants spies within your security system.  The aim of infiltration is to either gather intelligence information or carry out internal sabotage that puts your opponent in a disadvantaged position.

In the ongoing diplomatic fallout, Uganda is not accusing Rwanda of aiding its armed dissidents.  Likewise, Rwanda is not accusing Uganda of infiltrating its security apparatus.  It is this discrepancy that need to be interrogated.  State security agencies usually have a Counter-Intelligence units charged with countering infiltration and espionage in general.  For a state to admit that another state is infiltrating its security apparatus tantamount to security suicide.

During the recent talks between the two countries,  Museveni’s Minister of Foreign Affairs repeated the long held claims:
“We think they (arrested Rwandans) are on Infiltration exercise. We must address the issue of infiltration into our security agencies,”
On March 10, 2019, President Museveni wrote to his Rwandan counterpart, saying Kigali was meddling in Uganda’s internal affairs.
“What is wrong is for Rwanda agents to try to operate behind the Government of Uganda,” said Museveni, adding, “I get a lot of stories; but I will never raise them unless I have confirmed theem”

Much Rwanda continues to deny the allegation of espionage, it is evident that it is far ahead with regard to acquisition of information from within Museveni’s security apparatus.  In its bilateral engagements with Kampala, it has always presented its case with concrete evidence.  This is what Kampala helplessly admits as infiltration or espionage by Rwanda.  The other day, Museveni’s intelligence services facilitated the recruitment and travel to Congo of Rwandan dissidents but acting on information provided by Rwanda, the Police intercepted them at the border with Tanzania.  In March 2018, during a joint Press Conference with Kagame at State House in Entebbe,  Museveni admitted knowledge of the group.
“President Kagame gave me some facts which I followed up. A group of Banyarwanda was being recruited through Tanzania and Burundi to go to Congo. They said they were going for church work, but the work wasn’t exactly religious.”
This is the incident that compelled Museveni to fire his Police Chief, Gen. Kalekyezi and his team on grounds that they were serving Rwanda’s interests.

Around February 2019, a top Rwandan dissident leader, Mukankusi was issued a Ugandan Passport No A00019997. Three weeks later, on March 1, she travelled to Uganda and met Museveni at State House. Rwanda’s intelligence services leaked the pictures of the said Uganda passport to the media forcing Museveni to write a panicky letter to Kagame. The March 10 letter was delivered to the Rwanda Embassy on March 19. The eight days imply that the letter was simply backdated to look as if it was older than the media leakage of Mukankusi’s passport.
In the said preemptive letter, Museveni wrote in part:
” I am writing to let you know that by accident, I, at last, had a meeting with a Rwandan who admitted to being a member of the group you told me about – Rwanda National Congress (RNC)……this is a lady known as Mukankusi, whom, I am sure you know……………..she said she wanted me to know bad things that were happening in Rwanda. She further told me that she had joined the RNC to resist Your Excellency’s Government and she wanted us to support them.”
The other day, top commanders of the Rwandan dissident, FDLR were intercepted as they allegedly returned from Uganda to meet Museveni’s Minister, Philemon Mateke.

It is this seemingly upper hand by Rwanda in bursting the state sponsored activities of its dissidents in Kampala that is troubling the Museveni regime.  Consequently, the regime has resorted to indiscriminate arrests of Banyarwanda.  In this regard, by granting a blanket Ugandan citizenship to all Banyarwanda in the world,  Museveni facilitated the so-called infiltration/espionage by Rwanda.  Ugandans deserve to know how much damage has been caused by infiltration, how many infiltrators have been bursted, what measures have been put in place to check the infiltration and the nature of information these infiltrators are interested in and why.  This is in view of the fact that no single person has been charged with spying for Rwanda.

NOTE from Editor: Might contain minor errors which will be edited after the Xmas rush.

Did you find apk for android? You can find new Free Android Games and apps.
Sharing is caring:
museveni, kagame, politics, UGANDA, rwanda Uganda, Kagame, Museveni, Rwanda, Politics Comments Off on HOW MUSEVENI IS AIDING RWANDA’S ‘INFILTRATION’ OF HIS SECURITY APPARATUS Print this News