How Jacob Collier Found a Key That Doesn’t Exist (VIDEO) 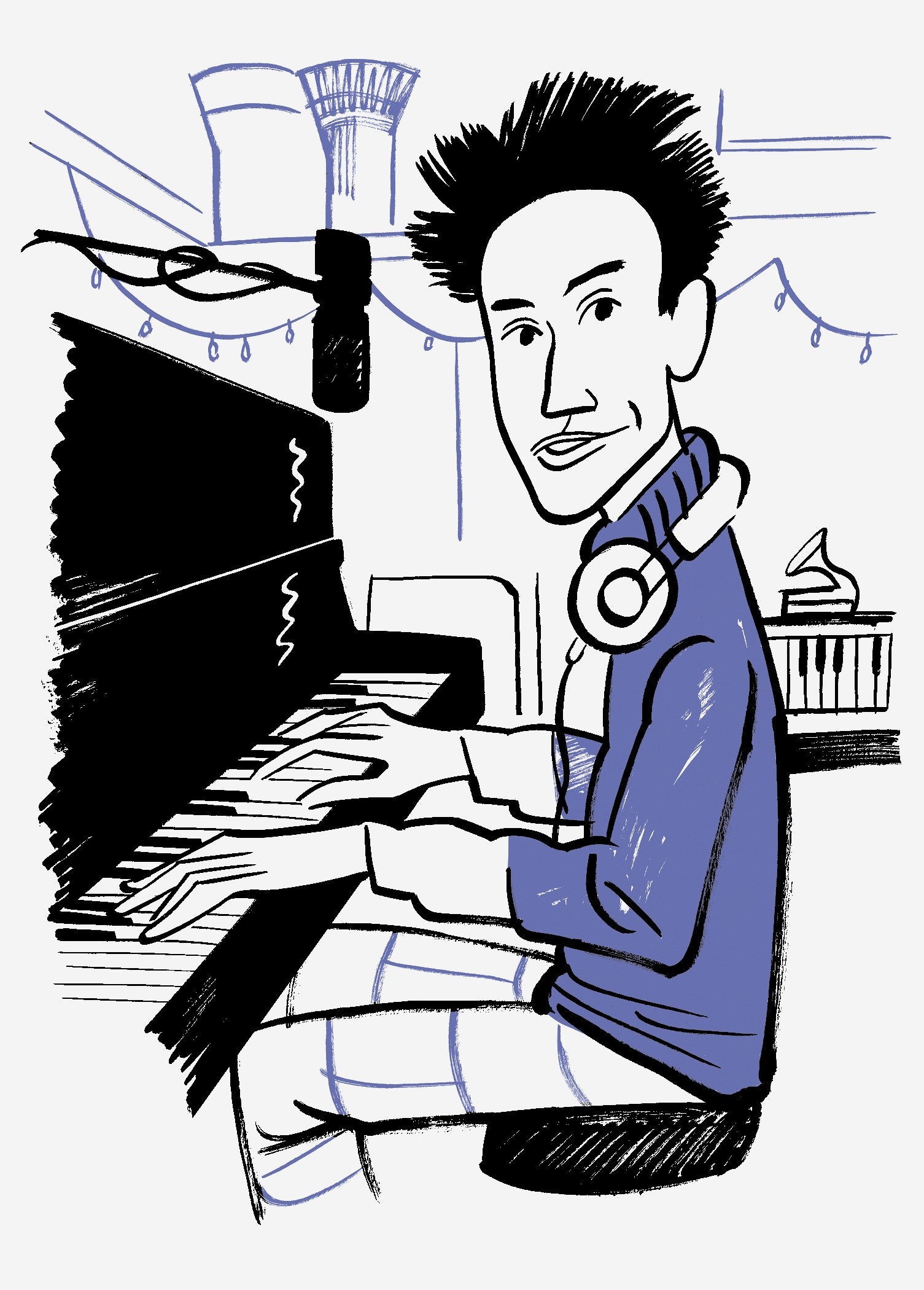 The British singer, who has three Grammy nominations for “Djesse Vol. 3,” met Quincy Jones after his chord-happy reboot of a Stevie Wonder song went viral.

The British musician Jacob Collier, who is twenty-six and has the exuberance of an even younger man, lives with his mother and two sisters in North London, in the house where he grew up. In August, he released “Djesse Vol. 3,” which, like his three previous albums, he recorded, mixed, and produced in a music room on the first floor. “This is where I learned to walk,” Collier said recently, on a Zoom call. It’s also where he learned that he had been nominated for three 2021 Grammy Awards, including Album of the Year. On the Zoom, he wore white headphones, a purple roll-neck sweater, and patchwork trousers given to him by a fan. His hair style resembles Brian Grazer’s—exclamation points beaming skyward. Behind him were guitars, a piano, and a keyboard accented with four previously won Grammys. (“I keep them on my Wurlitzer.”)

Growing up, he said, “I was very much encouraged to play, far more than I was encouraged to practice.” His mother is a classical violinist. Music, at home, was “pretty much a second language.” They listened to everything from “Benjamin Britten to Stravinsky to Bach to Björk and Sting and Bobby McFerrin.” Early on, he began experimenting. He got into chords—“chords were kind of my first crush”—and harmonies, including those of Stevie Wonder, and began arranging favorite songs “in a strange new way that I found fun or unexpected or crazy or warmhearted.” In 2013, he tinkered with Wonder’s “Don’t You Worry ’Bout a Thing”: “stretched it as far as it could go in terms of chords,” recorded himself playing multiple parts on multiple instruments and “lots and lots of Jacob voices,” filmed “all the different Jacobs,” edited them into a grid, and posted the results on YouTube. Within a week, the video had two hundred thousand views, and he’d been e-mailed by Quincy Jones.

“It was very surreal,” Collier said. “You know, ‘Hi, my name is Quincy.’ ” They then Skyped and “geeked out about chords,” and Collier soon found himself in Montreux, Switzerland, meeting with Jones and Herbie Hancock. Collier signed to Quincy Jones Productions, and in 2016 he released “In My Room”—a solo album featuring a skillion Jacob voices, in originals and covers of Beach Boys songs and the “Flintstones” theme. Jones has been “almost like a godfather figure in terms of musicality,” Collier said. “And Q tells crazy stories, like, ‘You’ll never believe it, but I was hanging out with Picasso and X,’ or ‘Stravinsky came over and blah,’ or ‘Ella Fitzgerald used to say something about,’ you know.” After a world tour, “with me in the center of a dozen instruments,” featuring a real-time vocal synthesizer designed by a grad student at M.I.T., Collier “began to crave the feeling of just jamming.” The “Djesse” albums, while kaleidoscopic and Collierian—“Djesse” is a playfully spelled version of his nickname, J.C.—are collaborative.

Collier now has his own Q-like array of friends. His idea of fun is texting a hundred and fifty of them, as he did in 2019, and saying, “Hey, can you send me a ‘moon’? Just sing the word ‘moon’ on any note in B-flat major.” They did, and he “made a great big wall of them”—a wall including Chris Martin, David Crosby, Merrill Garbus, Kimbra, Chris Thile, Steve Vai, Ty Dolla $ign, and “my mum”—“doused them in reverb,” and “put them in the Notre Dame.” (It was the day of the Notre Dame fire, and he had a reverb preset of the church’s interior.) The resulting version of “Moon River” might have startled Henry Mancini: “Thousands of voices singing together,” and bracingly so; in the final verse, the song “goes into a key that doesn’t exist.” Collier can sound like a Richard Feynman of pop composition. “You can unlock other keys by using physics,” he said. “I cracked open a half key for the final verse of ‘Moon River,’ which is something I’ve been wanting to do for such a long time.”

“Djesse Vol. 3,” recorded remotely, is “really a quarantine album,” he said. One of the songs, “He Won’t Hold You,” with Rapsody, “is about coming to peace with being alone. So much of my process is a solitary one. I wanted to craft a journey that described that—a mixture between very chaotic sounds that wrapped themselves around you and a simple melody that can rock you to sleep.” The Grammys have been postponed; meanwhile, he’s working on “Djesse Vol. 4” and planning a ninety-one-city tour, which, like the half key, does and doesn’t exist. “People can go on my Web site and say, ‘I’d like to come to your show in Philadelphia or Florida or Tel Aviv or whatever,’ ” he said, and sign up, specifics T.B.D. “Someone said once, ‘Don’t wait for things to be possible before doing them.’ ” ♦
==

Published in the print edition of the January 25, 2021, issue, with the headline “In My Room.”

Sarah Larson, a staff writer, has been contributing to The New Yorker since 2007.