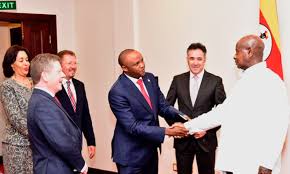 On Aug. 15, fraud investigator Harry Markopolos released a report alleging the company was short on cash and hiding $38 billion in losses. (Reuters)

General Electric shares sank Thursday after a Madoff whistleblower accused the conglomerate of using accounting tricks to mask the extent of its financial problems and called it “a bigger fraud than Enron.”

Harry Markopolos, who alerted regulators about Bernie Madoff, published a report Thursday that said GE’s accounting irregularities added up to $38 billion. The investigator, who is collaborating with a hedge fund that wasn’t named, says GE understated its costs and liabilities and misled investors in its financial statements.

The research, first reported by the Wall Street Journal, alleges the problems are focused on GE’s insurance business, asserting the company is short on cash.

“GE will always take any allegation of financial misconduct seriously. But this is market manipulation — pure and simple,” chief executive Lawrence Culp said in a statement. “The fact that he wrote a 170-page paper but never talked to company officials goes to show that he is not interested in accurate financial analysis, but solely in generating downward volatility in GE stock so that he and his undisclosed hedge fund partner can personally profit.”

Researchers who reviewed GE’s financial statements from 2002 to 2018 alleged that the company does not have enough cash to cover claims on long-term care policies, which help people pay for nursing homes and assisted living.

The report contends GE reported earnings when policyholders were young and not filing insurance claims, but then miscalculated how much it would have to spend to issue those benefits. GE does not have “adequate reserves” to cover the liabilities on its long-term care business, even though it boosted those reserves by $15 billion last year, according to the research.

Markopolos, who declined to comment for this article, says GE is understating potential its losses on insurance claims, adding they will climb “at an exponential rate” and put the company at risk of bankruptcy unless it finds a way to cover the costs.

GE said in a statement that it stands behind its financial reporting and called the claims “meritless.” It said it has the reserves to support its insurance portfolio and that it has a “strong liquidity position.”

Markopolos is a former financial analyst who spent nearly a decade investigating Bernie Madoff’s business before his Ponzi scam — the largest in U.S. history — was discovered in 2008. Markopolos is sharing his GE findings with regulators and said that some information was held back to be shared exclusively with law enforcement, the report said.

GE’s accounting practices are being scrutinized by the SEC and the Department of Justice regarding a $6 billion charge to its insurance business and a $22 billion write-down to its struggling power division.

Co-founded by Thomas Edison in the late 19th century, GE evolved into an iconic American company known for its record of innovation. Over time, its reach expanded across a range of industries, including home appliances, medical devices and airplanes.

Former CEO Jack Welch became a household name as the company flourished, peaking in 2000 with a market value of $594 billion. But it has been contracting for decades, burdened by debt and tainted by a probe into its accounting practices. The company, which now has a market value of about $78 billion, is being led by its second CEO since 2017.

Markopolos told CNBC that the GE review came at the request of a “mid-sized U.S.-based hedge fund,” but he declined to name the firm. He said he will get a “decent percentage” of any profits the hedge fund earns from betting against the conglomerate.

He also says the alleged fraud is “bigger than Enron and WorldCom combined.” At $38 billion, if true, it would add up to more than 40 percent of GE’s market capitalization.

Enron had been a $100 billion-a-year behemoth and Wall Street superstar before the Houston energy trader was exposed as a “mind-numbingly complex” spider web of financial maneuvering and hidden debts. The scandal led to its 2001 implosion; the prosecution of several top executives, including Kenneth Lay and Jeffrey Skilling; and losses exceeding $60 billion. WorldCom, meanwhile, disclosed in 2002 that an internal audit unearthed $3.8 billion in inflated profits. It filed for bankruptcy soon after and some executives were convicted of fraud and other crimes.

Markopolos takes issue with the way GE recorded losses when it sold part of its investment in Baker Hughes, its oil and gas business. The conglomerate reduced its stake in the business to 50.2 percent from 62.5 percent, recording a loss of $2.2 billion. Markopolos claims the company is understating its true losses by continuing to treat Baker Hughes as a non-controlling interest instead of reducing it to an “investment,” which would have required GE to stop including earnings from Baker Hughes as part of its own.

GE said in statement that as a majority shareholder of Baker Hughes, it is required to report its earnings in consolidated financial statements. The company also disclosed to investors in July that it would have to had to record an additional loss of $7.4 billion if it had let its ownership stake fall below 50 percent, according to SEC filings.

Did you find apk for android? You can find new Free Android Games and apps.
Sharing is caring:
business, UGANDA Uganda, Business Comments Off on General Electric bigger fraud than Enron – Reports Print this News