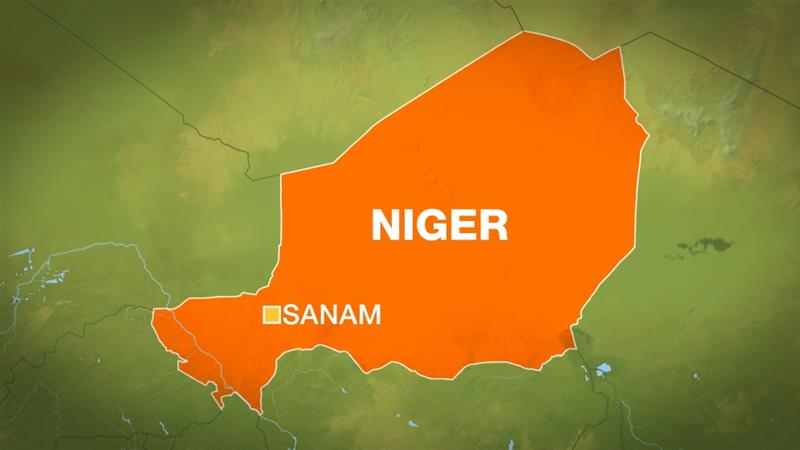 Government says the troops were killed after heavily armed fighters ambushed their convoy.

Fourteen members of security forces in Niger have been killed after “heavily armed terrorists” ambushed their convoy, the government has said.

Another guard is still missing from the Wednesday attack in the southwestern village of Sanam, the interior ministry said in a statement on Thursday.

Security forces had been escorting a team to a voter registration office at the time of the ambush. It is not known how many of the assailants were killed, but the statement referred to “many losses”.

It added that the team was “secured and returned to Sanam safe and sound” following the attack.

Nigerien troops have been fighting Boko Haram on the southeast border with Nigeriaand armed groups allied with the Islamic State of Iraq and the Levant (also known as ISIS or ISIL) in the west near Mali.

Dozens of people have been killed by armed groups in a series of attacks in West Africain December.

On December 10, 71 soldiers were killed in Niger’s Tillaberi region when hundreds of armed fighters attacked a military camp with shelling and mortars.

Burkina Faso has also been heavily affected, with more than 100 people killed in hostilities in the north this week, according to officials. A fresh attack early on Wednesday left an army patrol of at least 11 soldiers dead near Hallale in the north, local station Radio Omega said.

A day before, some 35 civilians and seven soldiers were killed after an attack and exchanges of gunfire in the north of the country, while the army said it had “neutralised” 80 attackers.

A number of armed groups are active in the Sahel states – an area that extends south of the Sahara from the Atlantic to the Red Sea – some of which have sworn allegiance to ISIL or al-Qaeda.

Niger is part of a five-nation force known as the G5, set up in 2014 with Burkina Faso, Mali, Mauritania and Chad to fight armed groups.