FOOD: Is it time to consider cannibalism – Researchers


The thought-leaders and philosophers of the Western world have recently turned their attention to a rather radical method of reducing our carbon footprint and self-regulating the Earth’s population.

Ever since we diverged from our chimpanzee cousins five million years ago, human beings have picked up a diverse skillset. We sharpened rocks into axes, mastered fire, built civilizations and came up with the atomic bomb. It’s been a rocky couple of eons, but one thing we’ve managed to completely leave behind is the ultimate taboo: cannibalism.

However, is there a small but dedicated cannibal lobby working to reclaim it from psychopathic, penis-devouring killers and Liberian warlords? Despite some odd clickbait headlines, positive coverage of cannibalism in the media is all but nonexistent.

Academics, however, are unconstrained by nasty ‘social constructs’ like morality, ethics and ‘not eating your grandmother.’ Far away from the real world, professors steeped in postmodernism – a doctrine that reigns supreme in social science departments and rejects notions of objective reality – have been suggesting for some time that we embrace our inner beast and break the taboo.

“Cannibalism occurs in every class of vertebrates,” wrote American Museum of Natural History researcher Bill Schutt in ‘Cannibalism: A Perfectly Natural History.’ After discussing which wine pairs best with human placenta, Schutt mused whether one day food shortages and overcrowding might lead us to eat our own. The New York Times, incidentally, called the book “refreshing.” Additionally, researchers at UC San Diego declared in 2017 that as cannibalism helps limit the spread of disease in some species, it could benefit us too.

“We are flipping the paradigm, with regards to cannibalism,” the researchers said, with an accompanying press release from the university declaring “For some populations, cannibalism may be just what the doctor ordered.”ALSO ON RT.COMHealth benefits of cannibalism & treating kidney stones with roller coasters – Ig Nobel Prize 2018

While actual scientists research the nitty-gritty of eating corpses, social scientists busy themselves pondering its cultural significance. Last year, a conference was held at the University of Warwick, entitled “Bites Here and There,” where such topics as “Help Yourself: Autophagy as Response to Global Crises,”“Cannibalism and Intimacy,” and “‘Ethical’ Foodways: Justifying Cannibalism in Contemporary Speculative Fiction” were discussed.

Despite persuading their test subjects with several moral and ethical arguments in favor of cannibalism, the authors of one research paper packed it in when they found that, no matter what the circumstances, these subjects refused to eat human flesh. However, they did offer a ray of hope for aspiring autophagists, noting that while chowing down on corpses disgusts us “for now,” we should “be able to adapt to human flesh if need be.”

It’s easy to mock the notions of academics, who are after all paid to think up abstract ideas and publish impenetrable research papers. But their ideas tend to percolate down into mainstream media, and from there into our culture. 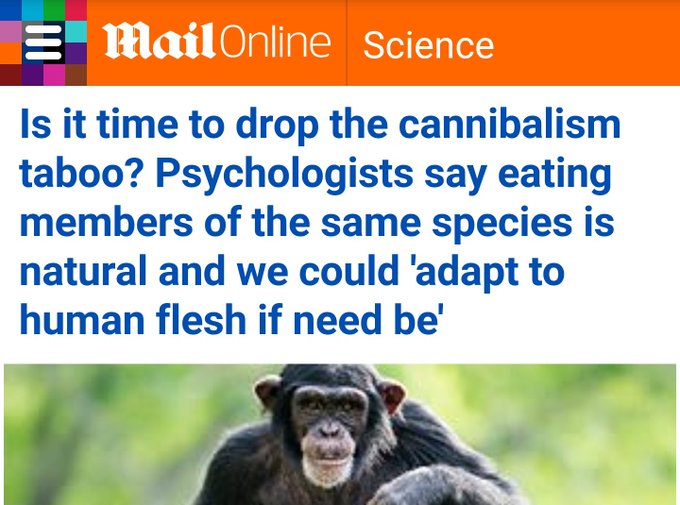 The idea that insects could replace meat as a viable food source was the stuff of science and academia for decades, and a slow but steady trickle of research papers lent weight to the argument. In true postmodernist fashion, anthropologists argued that our revulsion at eating winged, flying, crawling monsters was nothing more than another social construct to be overturned.

Fast forward to today, and we’re told that insects are the delicious, nutritious, and the solution to our planet’s woes. Newspaper think-pieces and cable news segments trumpet the virtues of eating bugs almost daily. Sainsbury’s now stock ‘Eat Grub’s Smoky BBQ Crunchy Roasted Crickets’ in the snack aisle, and Dutch retailer Jumbo has been selling mealworm burgers and crunchy locusts since 2014.

Would you eat insects just seen these in @sainsburys ? 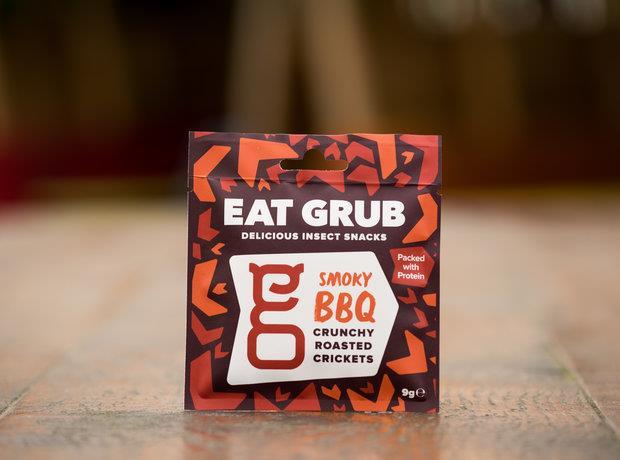 At the risk of making a massive generalization, people buy edible insects for only two reasons: curiosity and virtue signaling. “Look at me!” they can say. “I’m ahead of the curve. I’m part of the solution, not the problem.” The customer base for edible insects likely overlaps significantly with the soulless millenials who pay good money to consume trendy soy-slop from companies like Huel and Soylent in place of solid food.

And so it may well go with cannibalism. Whether the taboo is broken by the slow and steady work of academics, or bucked by one forward-thinking influencer, once man-flesh enters the mainstream it might not be long before thousands are lining up for their first bite. And who knows, maybe they’ll even ask for seconds.

Did you find apk for android? You can find new Free Android Games and apps.
Sharing is caring:
food, world news, Cannibalism food, Cannibalism, World News Comments Off on FOOD: Is it time to consider cannibalism – Researchers Print this News