FACEBOOK: Cambridge Analytica from South Africa all the way to Nigeria 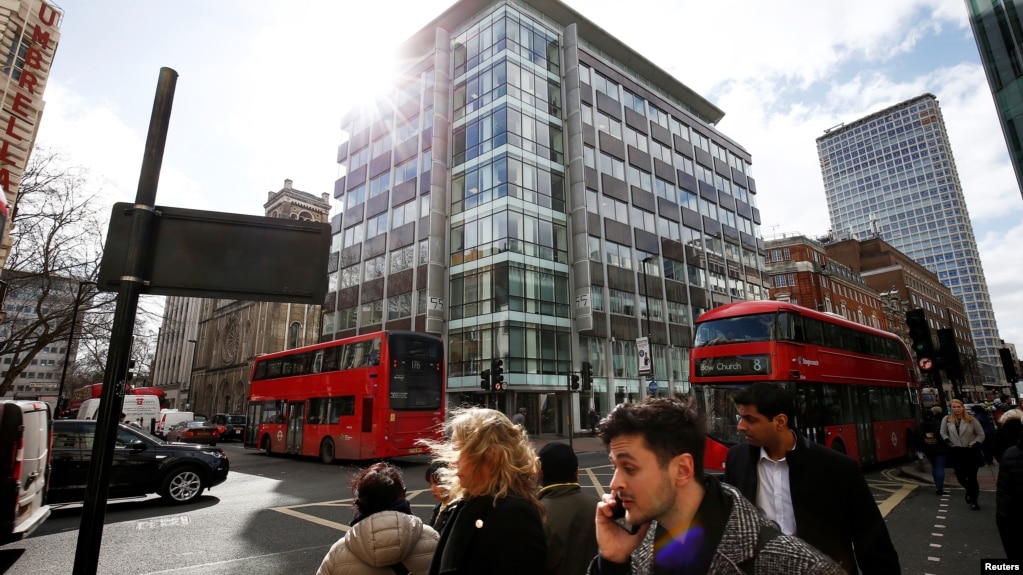 VOA LET’S LEARN ENGLISH – The data mining company Cambridge Analytica has come under criticism recently. In the U.S., it is accused of taking information from 50 million Facebook accounts without users’ permission. The company then reportedly used the information to create campaign messages for then-presidential candidate Donald Trump.The government of Brazil is also investigating Cambridge Analytica for possible privacy violations.

Now, new reports say Cambridge Analytica played a role in African elections. In some countries, it may have exploited existing conflict.

The company first became involved in Africa during the general election in South Africa in 1994. That year, the apartheid government ended and Nelson Mandela won the presidency.

But the months leading up to the election saw political and ethnic conflict. The Inkatha Freedom Party, which represented South Africa’s largest ethnic population – the Zulu — clashed with the African National Congress (ANC).

The conflict led to violence before the election, said Martin Plaut, senior research fellow at the University of London’s Institute of Commonwealth Studies. 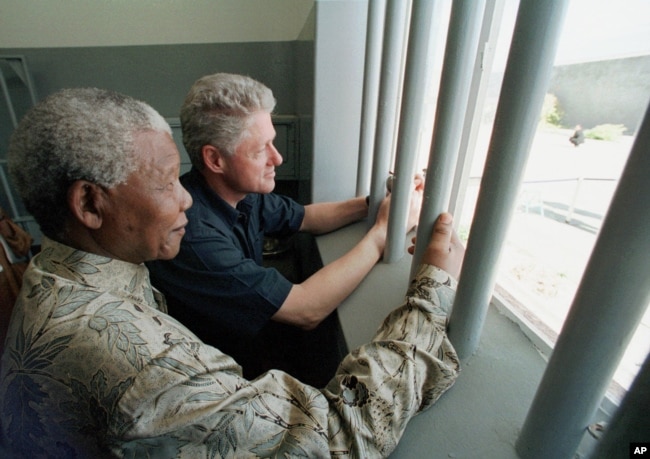 FILE – In this March 27, 1998 file photo, Nelson Mandela and former US president Bill Clinton look to the outside from Mandela’s Robben Island prison cell in Cape Town, South Africa.

The company has been accused of creating social media videos to exploit some voters’ fears. The videos warned that a victory by opposition leader Raila Odinga would lead to disease, starvation and terrorism.

Cambridge Analytica denied involvement in the videos or negative campaigning in Kenya.

Buhari was running against then-president Goodluck Jonathan. A wealthy Nigerian paid Cambridge Analytica $2.8 million to find damaging information about Buhari as part of an attack campaign, The Guardian reported.

The e-mails included information about Buhari’s health and medical records. 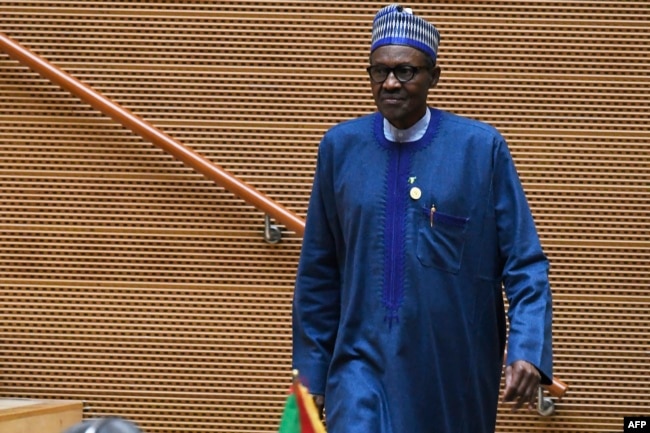 Nigeria’s President Muhammadu Buhari walks after speaking at the opening of the Ordinary Session of the Assembly of Heads of State and Government during the 30th annual African Union summit in Addis Ababa, Jan. 28, 2018.

Data research companies such as Cambridge Analytica provide information to governments and political parties, Plaut said, to influence “people in the middle.” These people hold moderate views and can often be persuaded by emotional appeals.

Data research companies identify whom to target and how to create messages that play on their hopes and fears, not facts, Plaut said.

Julie Owono is executive director of Internet Without Borders, a group that supports online freedom and privacy. She told VOA’s French to Africa service that her organization has been warning about the dangers of letting companies like Facebook collect the personal data of billions of people around the world. 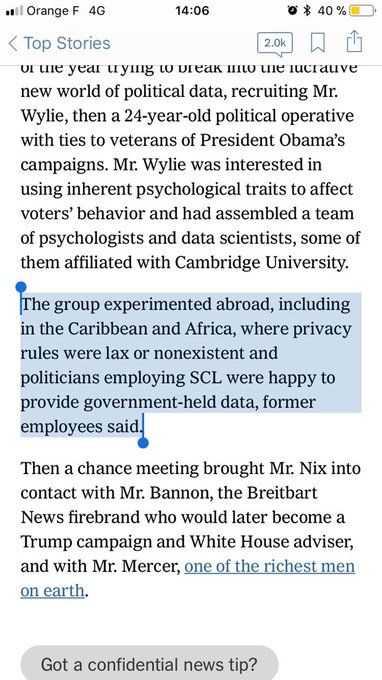 This paragraph in @nytimes’ article about @CamAnalytica did not surprise us at @Internet_SF:
Since 2010 we’ve been saying that countries with low to nil data protection are testing ground for worst practices by companies and governments

She says countries that do not protect data can be exploited by companies and governments that do not have users’ best interests in mind.

Protecting democracy from the Internet

African voters, Plaut said, “are as open to manipulation as any voter in the world.” He added that while they are intelligent voters who know politicians create messages for their own needs, they still can be influenced by the effects of disinformation.

“The African Union should be much more robust in insisting on its observers going to see elections and spending a good deal of time there, not just five minutes before the vote takes place,” Plaut said.

He added that governments should release information, months in advance of elections, which give the public more ability to identify fake news, and what their governments have done to ensure a free and fair process.

This story was originally written by Salem Solomon for VOA. Phil Dierking adapted the story for VOA Learning English. Kelly Jean Kelly was the editor.