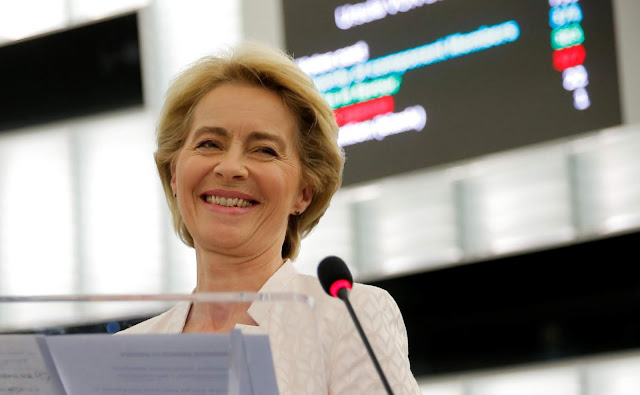 STRASBOURG (Reuters) – The European Parliament on Tuesday confirmed Ursula von der Leyen, a German conservative, as the next president of the executive EU Commission by 383 votes to 327 against, the speaker of the assembly, David Sassoli, said.

Von der Leyen, a close ally of German Chancellor Angela Markel, needed a minimum 374 votes to be confirmed. There were 22 abstentions and one blank vote, he added.