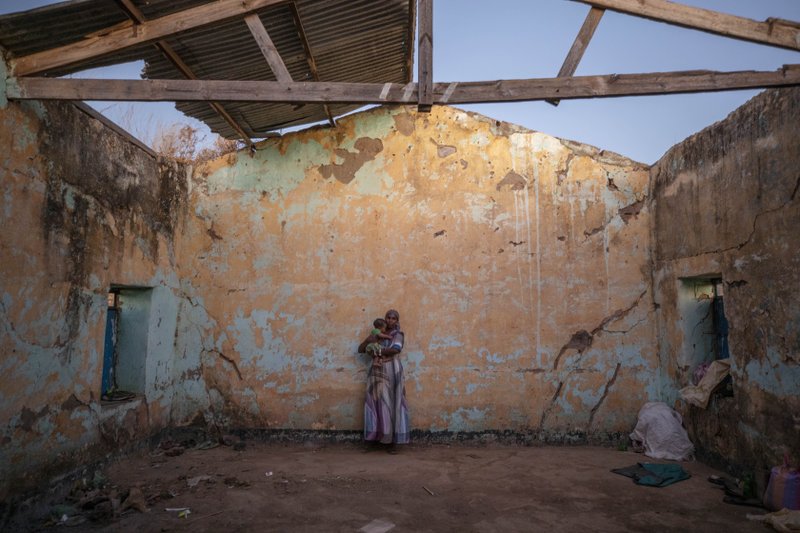 NAIROBI, Kenya (AP) — Ethiopia’s security forces shot at and detained United Nations staffers as they tried to reach part of the embattled Tigray region, a senior official said Tuesday, and he blamed the U.N. staffers for trying to reach areas where “they were not supposed to go.”

The shooting occurred amid soaring frustration among humanitarians as desperately needed aid is still not freely reaching the Tigray region more than a week after the U.N. and Ethiopia’s government signed a deal for access.

The senior official, Redwan Hussein, told reporters that the U.N. employees “broke” two checkpoints and were trying to go through a third when they were fired upon. He said the staffers have since been released.

“They were told in some areas they were not supposed to move. But they indulged themselves in a kind of adventurous expedition,” he said.

The U.N. did not immediately comment. It was not clear where or when the shooting occurred, but concerns have centered on camps that are home to nearly 100,000 refugees from Eritrea amid reports that they have been attacked and abducted. The camps are near the border with Eritrea, which some fleeing people have accused of entering the conflict, a charge that Ethiopia denies.

Ethiopia’s government is making it clear it intends to manage the flow of humanitarian aid, but the U.N. has openly sought unfettered and neutral access according to international principles.

Crucially, the deal allows aid only in areas under Ethiopian government control. The government on Tuesday said 44 truckloads of food aid had been delivered to Shire, the main town near the refugee camps.

Ethiopia’s government late last month declared victory in the conflict in the Tigray region against the Tigray People’s Liberation Front. The government asserts that the fighting has stopped except for some “sporadic shootings,” but the TPLF has said fighting continues. The TPLF leaders are on the run.

Food, medicines and other aid for some 6 million people — some 1 million of them now displaced — are in the balance. Food for the 96,000 Eritrea refugees ran out days ago.

“Regaining access to refugees and others in need is urgent and critical for UNHCR and humanitarian organizations,” the head of the U.N. refugee agency, Filippo Grandi, tweeted Tuesday.

The head of the Norwegian Refugee Council, Jan Egeland, said his organization is “deeply concerned to find that humanitarian access to the region is still significantly constrained. … These people can no longer be made to wait. Aid must not be left at a standstill. We have been standing ready to deliver food, emergency shelter and other essential materials for weeks, and we expected this deal to clear the way.”