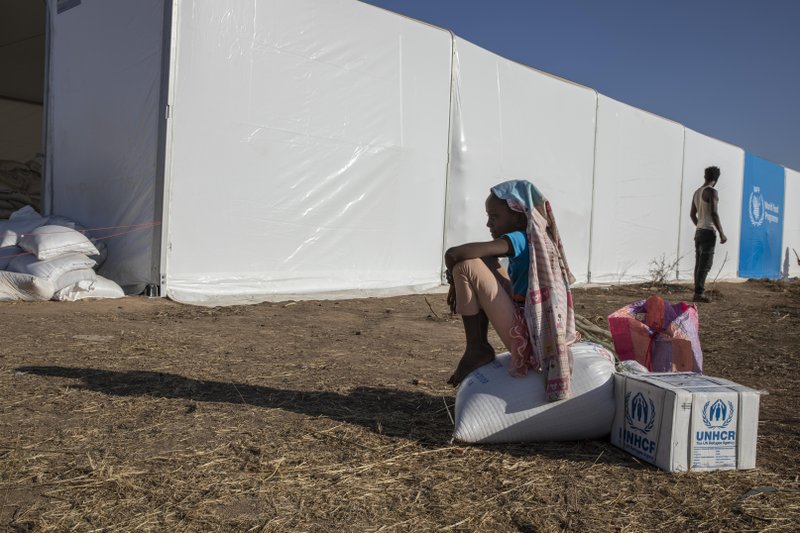 NAIROBI, Kenya (AP) — Ethiopia’s prime minister is rejecting growing international consensus for dialogue and a halt to deadly fighting in the Tigray region as “unwelcome,” saying his country will handle the conflict on its own as a 72-hour surrender ultimatum runs out on Wednesday.

“We respectfully urge the international community to refrain from any unwelcome and unlawful acts of interference,” the statement from Prime Minister Abiy Ahmed’s office said as government forces encircled the Tigray capital, Mekele, with tanks. “The international community should stand by until the government of Ethiopia submits its requests for assistance to the community of nations.”

The government led by Abiy, last year’s Nobel Peace Prize winner, has warned Mekele’s half-million residents to move away from the Tigray People’s Liberation Front leaders or there will be “no mercy” — language that the United Nations human rights chief and others have warned could lead to “further violations of international humanitarian law.”

But communications remain almost completely severed to the Tigray region of some 6 million people, and is not clear how many people in Mekele are aware of the warnings and the threat of artillery fire.

Diplomats on Tuesday said U.N. Security Council members in a closed-door meeting expressed support for an African Union-led effort to deploy three high-level envoys to Ethiopia. But Ethiopia has said the envoys cannot meet with the TPLF leaders.

The Tigray regional leader, Debretsion Gebremichael, could not immediately be reached Wednesday as tensions were high among Mekele’s residents.

The TPLF dominated Ethiopia’s government for more than a quarter-century, but was sidelined after Abiy took office in 2018 and sought to centralize power. The TPLF opted out when Abiy dissolved the ruling coalition, then infuriated the federal government by holding an election in September after national elections were postponed by COVID-19. Each side now regards the other as illegal.

One Ethiopian military official claims that more than 10,000 “junta forces” have been “destroyed” since the fighting began on Nov. 4, when Abiy accused the TPLF of attacking a military base. Col. Abate Nigatu told the Amhara Mass Media Agency that more than 15,000 heavy weapons and small arms had been seized.

The international community has urgently called for communications to be restored to the Tigray region so warring sides’ claims can be investigated, and so food and other desperately needed supplies can be sent as hunger grows. The U.N. says it has been unable to send supplies into Tigray and that people there are “terrified.”

Hundreds, perhaps thousands, of people have been killed in three weeks of fighting. More than 40,000 refugees have fled into Sudan. And nearly 100,000 Eritrean refugees at camps in northern Tigray have come close to the line of fire.

Misery continues for the refugees in Sudan, with little food, little medicine, little shelter, little funding and little or no contact with loved ones left behind in Tigray. “We are absolutely not ready,” said Suleiman Ali Mousa, the governor of Qadarif province.

“Help us so that we don’t die,” said one refugee, Terhas Adiso. “We came from war. We were scared we were going to die from the war and we came here, we don’t want to die of hunger, disease. If they are going to help us they need to help us quickly. That’s all I am going to say.”

Meanwhile, reports continue of alleged targeting of ethnic Tigrayans, even outside Ethiopia. Three soldiers serving with the U.N. peacekeeping force in South Sudan were ordered home over the weekend, the force said in a statement. The Associated Press has confirmed the repatriated soldiers are Tigrayan.

“If personnel are discriminated against because of their ethnicity or any other reason, this could involve a human rights violation under international law,” the statement said.

Abiy’s government has said it aims to protect civilians, including Tigrayans, but reports continue of arrests, discrimination, house-to-house searches and frozen bank accounts.

« NTVUganda has added Museveni in Bugisu sub-region video (Previous News)
(Next News) UGANDA: Graduates are unemployable and illiterate (most) »