ETHIOPIA: Who is in coming PM Abiy Ahmed, what next for the country? 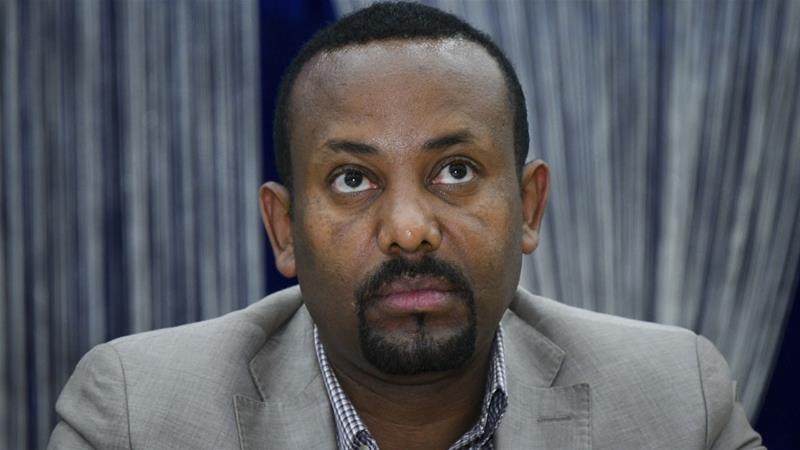 What next for Ethiopia after EPRDF picks Abiy Ahmed as leader?

Analysts have voiced optimism over the election of Abiy Ahmed as the new chairman of the ruling coalition in Ethiopia, a country rocked by mass, anti-government protests for several years.Abiy is now expected to be sworn in as prime minister in a matter of days after winning 108 out of 180 votes in a meeting on Tuesday by the Council of the Ethiopian People’s Revolutionary Democratic Front (EPRDF).

He will be the first prime minister from the Oromo ethnic group since the EPRDF came to power 27 years ago.

The political shake-up comes more than 40 days after the abrupt resignation of Prime Minister Hailemariam Desalegn, who cited ongoing “unrest and a political crisis” in the country as major factors in his decision.

In August 2017, Ethiopia lifted a 10-month state of emergency imposed after hundreds of people were killed in anti-government protests.

The country’s Oromo and Amhara people – who make up about 61 percent of the population – have staged mass demonstrations since 2015 calling for greater political inclusion, including at the national level, and an end to human rights abuses.

A week after Hailemariam’s resignation, Abiy was elected as chair of the Oromo People Democratic Organisation (OPDO), one of the four parties in the EPRDF coalition, which is mainly divided along ethnic lines.

“There were three candidates for the position and only one of them had the remotest chance of controlling the protests on the streets and inspire a level of confidence in the population in moving the country forward – and that was Abiy,” Mohammed Ademo, founder and editor of independent news website Opride.com, told Al Jazeera.

Analysts pointed to Abiy’s track record as Oromia’s vice president to underline his “reform credentials”, but also raised concerns about whether he will be able to overcome the double challenge of bridging divides within the ruling coalition and respond to protesters’ calls for greater freedoms.

“Although he is elected with a very strong mandate within the party and therefore expected to have a larger support than parliament, the deep state that controls the military and the security establishment will not be open to the kind of radical sweeping reforms that are being called for by the people,” Awol Allo, a law lecturer at Keele University, told Al Jazeera.

“There is certainly going to be push back.”
Reform credentials

Born in Oromia’s Agaro city in a mixed Christian and Muslim family, Abiy joined OPDO in the late 1980s.

The prime minister-elect speaks three Ethiopian languages and holds a doctorate in peace and security from Addis Ababa University. He briefly served as science and technology minister in Hailemariam’s cabinet.

Abiy has widespread support among Oromia’s youth, who have been active in the violent protests which started in the region in November 2015 and spread to the Amhara region in August 2016.

In October 2016, Abiy was elected as vice president of Oromia state, serving under Lemma Megersa, who became the state’s president.

“[Abiy] was very much an important part of President Lemma’s team that has been driving reform in Oromia regional state,” said Allo.

“Abiy’s election to the position of the prime minister would open up opportunities for these reforms to be implemented at the broadest level throughout the country.”

Under Lemma and Abiy, Oromia’s regional broadcaster was given additional freedom to carry out investigative reporting and opposition voices were provided with a platform, said Ademo. The Opride.com editor added that the administration introduced important reforms at the state level, including the way police forces conducted themselves during the protests.

“The OPDO, which put Abiy forward for the premiership, has been willing to listen to the demands of the people and did come out very forcefully and publicly criticising the government’s handling of violent crackdowns on protesters,” he said.
Challenges ahead

Upon assuming office, Abiy will be facing political divisions within the ruling coalition as well as discontent among the Ethiopian people.

“In the short run, releasing all the political prisoners,” he said, while also calling for the lifting the state of emergency.

“In the long run, leading the country to democratisation [and] stability.”

The Oromo and Amhara parties as well as protesters have been critical of what they perceive as the disproportional power of the Tigray party. The TPLF represents an ethnic minority making up only six percent of Ethiopians, but has long dominated the country’s political life.

While having an Oromo prime minister would mark a significant departure from the recent status quo, Tsedale Lemma, editor in chief of the Addis Standard publication, said this alone would not be enough to keep protesters off the streets.

“I don’t think the Oromo people are going to settle because an Oromo is occupying the palace now. It all depends on what kind of reforms [Abiy] is going to be conducting,” she told Al Jazeera.

“The Oromo people will be watching over these things and they will be back into the streets if they see that he is headed in the wrong direction,” she told Al Jazeera.

Did you find apk for android? You can find new Free Android Games and apps.
Sharing is caring:
human rights, riots, state of emergency, ethiopia, africa, Demonstrations, Oromia, Abiy Ahmed, Hailemariam Desalegn World News Comments Off on ETHIOPIA: Who is in coming PM Abiy Ahmed, what next for the country? Print this News

How effective is a single vaccine dose against Covid-19?