ENTERTAINMENT: Madea Goes to Jail VS Museveni Came From The Bush 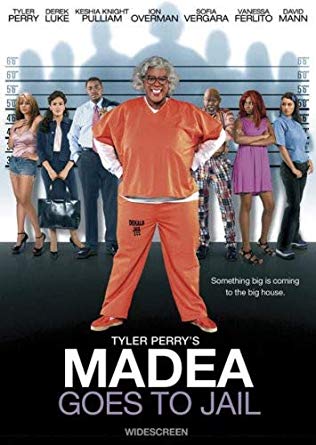 There is this fantastic part of the film when Madea is in jail and kinda gets herself in trouble as usual with the radio mouth. Then, since she was older, she talks to one of the younger girls in jail who kept complaining about why she was in jail because of her parents.

I kinda paraphrashed up above but if you could watch that movie and see the amount of work that went into it.
===

How many of Museveni’s children have had children in Uganda hospitals? Can anyone in the Museveni immediate family show us their birth certificates indicating being born in Uganda?  In fact, there is a global story to this date saying one of Museveni’s daughters was flown on the Gulf Stream to Germany to born a baby. OLD story.

In your right mind you think that Military Dictator Yoweri Museveni is advising you better?  That your parents are the ones who did not plan for you and  that is why you are unemployed?  This RUBBISH needs a joint.
===

Madea goes to jail is a better film to watch than Museveni came from the bush.