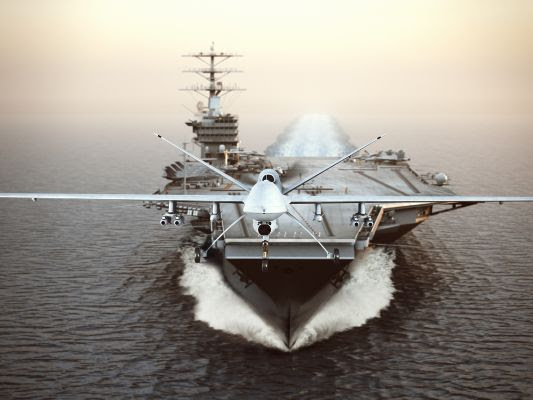 Fear Of An Iran War Sends Oil Prices Up


Following the wildest week oil prices have seen in recent memory, markets are now on edge as the possibility of an Iran war increases

It was the wildest week for oil in recent memory. Prices spiked, fell back again, and then rose more modestly on Thursday and Friday. There are still question marks over Saudi Arabia’s ability to repair Abqaiq on as quick a schedule as it claims and Washington and Riyadh are considering their next steps following the attack, with more military action certainly a possibility.

Oil disruptions negative for gas. If oil prices move higher because of the outage in Saudi Arabia it could spark a higher rate of drilling in U.S. shale, but the likely increase in associated natural gas output is viewed as bearish for gas, according to analysts. “Appalachia producers in particular need to show restraint in order to keep the market balanced into 2020,” Goldman Sachs said in a research note. Natural gas prices have bounced off of their lows from a few months ago, but many see prices taking another downturn. A new pipeline from the Permian could capture a lot more gas that is being flared right now. Moody’s cut its medium-term gas price forecast, and downgraded Range Resources (NYSE: RRC), Antero Resources (NYSE: AR), Gulfport Energy (NASDAQ: GPOR), and cut EQT’s (NYSE: EQT) outlook to negative.

Citi: Sell oil to finance shorts in equities. Citi said that a supply shock in the oil market, which could push up oil prices, could be occurring at the same time that equities tumble from their highs. The bank said that traders should sell their oil positions to finance bearish bets on equities. “Heightened geopolitics can be simultaneously negative for equity prices through the growth channel and positive for oil prices through supply shocks,” Citi analysts wrote. “Buy S&P 500 puts financed by oil puts.”

Parent-child interference could mean 15 to 20 percent lost output. Spacing shale wells too close together could result in 15 to 20 percent less production than forecasted, according to a new report from Tudor, Pickering, Holt & Co. The parent and child wells interfere which one another. But one solution might be to frack all the wells at the same time to avoid lost reservoir pressure.

Aramco inventories cover the gap…for now. Saudi Aramco had roughly 50 million barrels of oil in storage before the Abqaiq attack, enough to fill in for disrupted production until the end of the month, when repairs are expected to be completed. However, if the repairs take longer than expected, it would be much harder to cover the gap. “They probably have about one month of inventories,” said Amrita Sen, chief oil analyst at consultants Energy Aspects Ltd.

Abqaiq disruption to be felt later. The loss of barrels from Aramco will take time to work its way through the system. “A lot of October arrival barrels were already on the water so the hole is going to show up toward late October,” one senior European oil trader told Reuters. “There has been a mad scramble on the paper markets but the physical scramble will come later.” 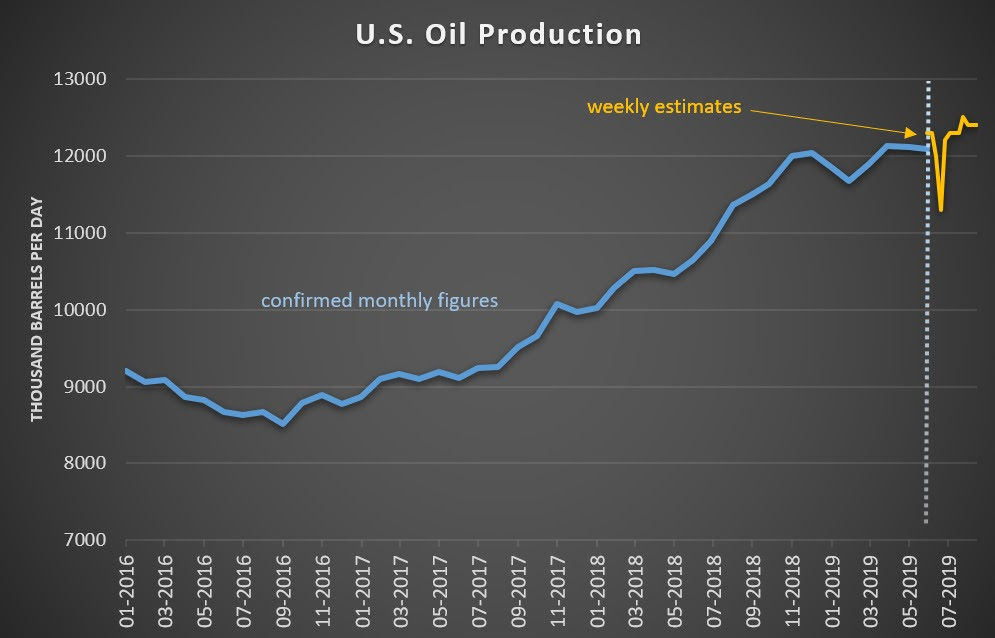 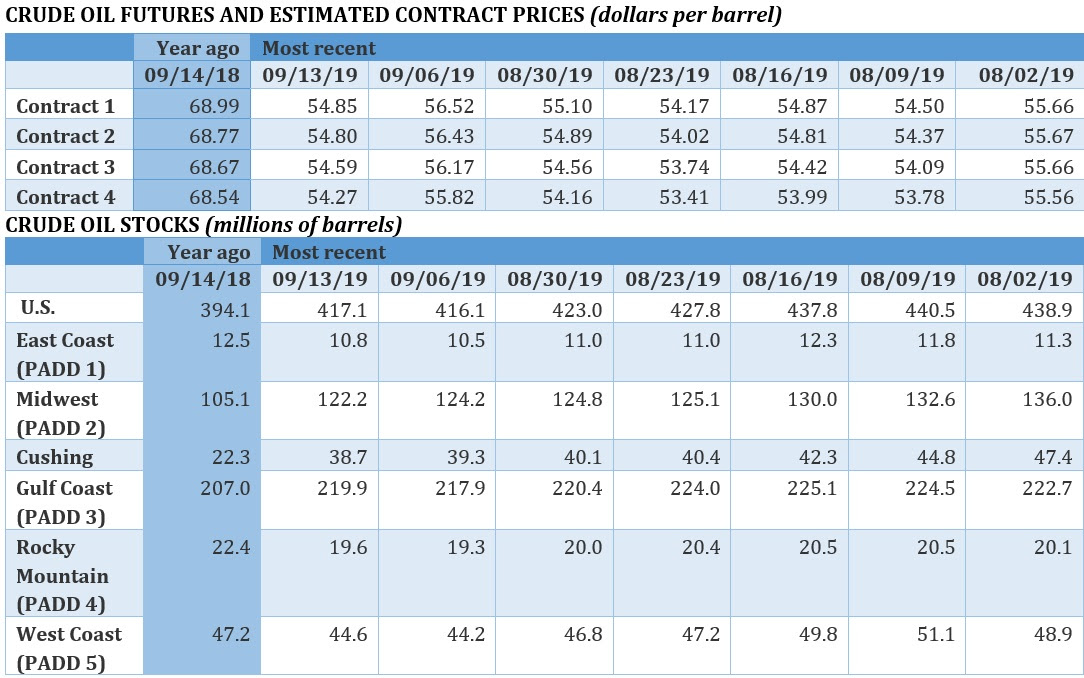 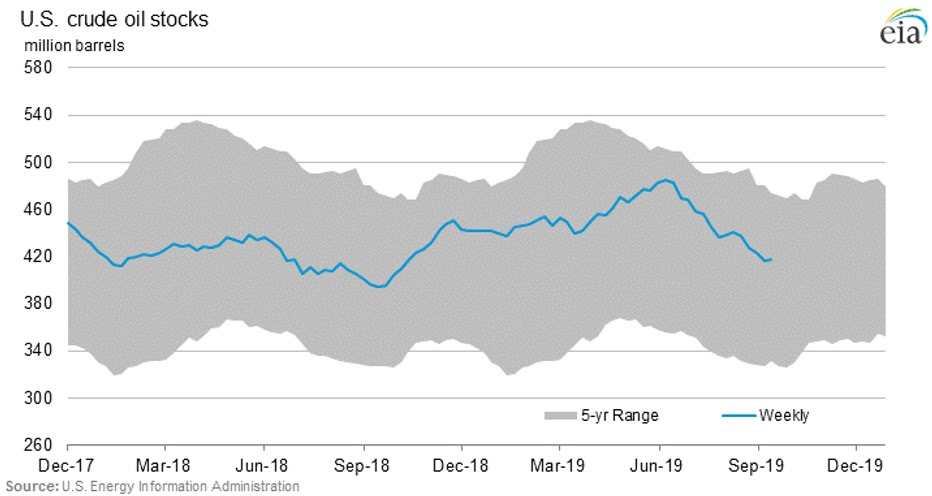 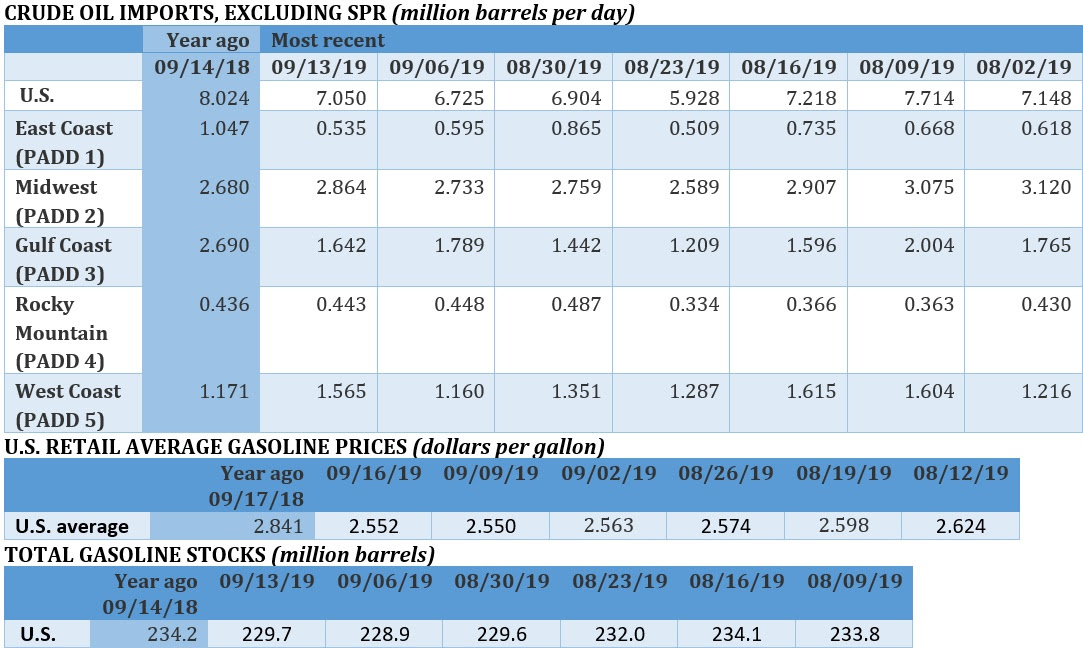 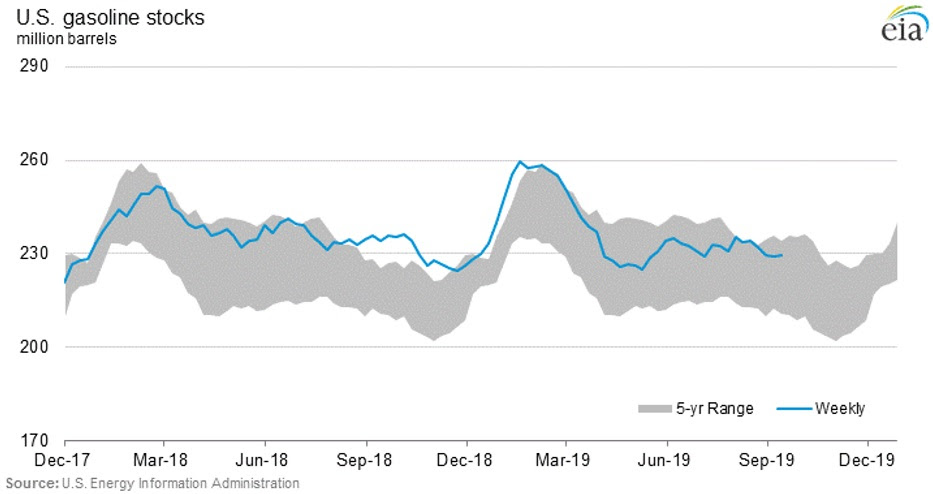 Millions rally around the world for climate. Friday marked the global climate strike, with millions of people rallying in dozens of cities around the globe, calling for an end to fossil fuels.

GM bets on electric. GM (NYSE: GM) is betting heavily on electric vehicles, and the company has slashed payroll and shut factories, leading to labor pressure and the current worker strike. Meanwhile, analysts wonder whether GM is steaming ahead too quickly with EVs and autonomous vehicles, according to a profile of CEO Mary Barra in Bloomberg.

Big corporate renewable deals. Google announced 1.6 GW of new renewable power deals, which it calls the “biggest corporate purchase of renewable energy in history.” Meanwhile, Amazon (NASDAQ: AMZN) announced that it would become 100 percent renewable by 2030 and it also ordered 100,000 electric delivery trucks from Michigan-based Rivian (in which Amazon is an investor). Meanwhile, the EIA forecasts that wind installations will surge this year and next, likely breaking records in 2020.

IEA: after pause, global renewables accelerate. “After stalling last year, global capacity additions of renewable power are set to bounce back with double-digit growth in 2019, driven by solar PV’s strong performance,” according to new data from the International Energy Agency. Global renewables are set to grow by 12 percent this year, adding almost 200 GW of capacity, the fastest pace since 2015. The agency says that the world needs to add renewables at an annual pace of 300 GW through 2030 to meet climate goals.

Venezuela’s production cut as inventories swell. Venezuela’s oil inventories have climbed to more than 38 million barrels as it struggles to find buyers. Swelling inventories now mean that production needs to be cut, according to Reuters. “Storage is almost at top capacity. We are just days ahead of being forced to shut production at some eastern oilfields,” a PDVSA executive told Reuters.

Provocation And Response: A Gulf War In The Making?

Drone strikes September 14 on Saudi Arabian oil facilities have disrupted 5.7 million b/d of the country’s crude oil and gas production, representing more than 5% of global oil supplies, causing a huge jump in oil prices. The strikes caused fires at Abqaiq and Khurais in the east of the country.

The Abqaiq oil complex is the starting point of the East West Petroline, the Abqaiq IPSA natural gas line, which has been converted to crude oil transport, and the Abqaiq-Yanbu Natural Gas Condensate pipeline. In addition to serving east-west oil transport, which bypasses the Strait of Hormuz, Abqaiq is Saudi Arabia’s main crude processing and desulphurization facility and therefore crucial to maintaining crude flows and quality. Khurais is a complex of oil fields with a capacity of 1.5 million b/d. How long it will take to repair the damage is still being assessed.

Who is to blame?

Houthi rebels in Yemen claimed responsibility for the attacks, which would be by far their most successful attempt to disrupt Saudi oil infrastructure. They have previously attacked remote Petroline pumping stations, airports and populated areas in western Saudi Arabia.

Houthi drone strikes earlier in the year appeared coordinated with attacks on tankers off the UAE port of Fujairah, signaling Iran and its allies’ capacity to impact Gulf oil production beyond the threat to tanker traffic through the Strait of Hormuz.

US Secretary of State Mike Pompeo claimed that Iran was directly behind the September 13 drone strikes and that they emanated from southern Iraq, where Iran wields considerable influence. Iran has denied involvement, while Iraq has said the drones were not launched from its territory.

US President Donald Trump later moderated the US response to say that it appeared Iran was behind the attacks.

The strikes caused Brent crude oil prices to jump sharply from about $60/barrel September 13 to $68.25/b September 15 before falling back to just under $66/b. Brent then spiked again September 16 close to $70/b, exceeding that level in intraday trade.

The significance of the attacks lies as much in the impact on US policy on Iran than on the temporary loss of as much as 5 million b/d of Saudi crude production.

The departure of John Bolton as Trump’s national security advisor came almost immediately before the strikes. Market watchers interpreted Bolton’s departure as signaling a less hawkish US policy on Iran, moderating the ‘maximum pressure’ approach attributed to him.

Bolton’s departure was preceded by Trump’s comments on the last day of the G7 summit in France when he said he would be prepared to meet Iranian President Hassan Rouhani if the circumstances were right. There was speculation that Trump and Rouhani could meet at the UN General Assembly in New York later this month, a possibility now ruled out by Tehran.

A second significant personnel change preceding the drone attacks on Saudi oil facilities was the replacement of Khalid al-Falih with Prince Abdulaziz bin Salman as Saudi Arabia’s oil minister. This has been interpreted by market watchers as signaling a more consensual policy approach by Riyadh within OPEC and possibly less reliance on Russia.

The Abqaiq and Khurais attacks are the most serious provocation yet in the US-Iran Gulf stand-off and put both apparent changes in policy emphasis on the back foot. Yet retaliation risks a dangerous cycle of escalation just as it did earlier in the year following the tanker attacks.

The lack of a US military response then, combined with statements from both sides that they wished to avoid war, caused the market to downplay the potential of Gulf tensions to disrupt the oil market.

This allowed attention to focus on the bearish global economic outlook and impending increases in non-OPEC crude supply. That attention has been rudely snapped back to the Gulf. The drone strikes highlight not just the vulnerability of Saudi crude supplies, but Iran and its allies’ willingness to up the ante based on the assumption that Riyadh and Washington will not risk regional conflict.

Saudi Arabia provides the majority of output cuts under current OPEC+ policy, over-complying with its actual quota by 540,000 b/d in August. However, OPEC+’s efforts to reign in oil supply would be largely ineffective without US sanctions on Iran and the collapse of Venezuelan oil production over a number of years.

Pressure is still building on OPEC as a result of the slowdown in the world economy and the impact of the US-China trade war. US production may look peaky, but it remains at record levels. Non-OPEC supply received significant support from the very large jump in Brazilian output in August – just over 400,000 b/d – as the country’s pipeline of Floating Production Storage and Offloading (FPSO) vessels, built to serve its giant pre-salt oil fields, come onstream.

Norway’s state oil company Equinor announced in August that Norway’s Johan Sverdrup field may start up one month earlier than expected in October. The field is expected to produce 440,000 b/d once it reaches plateau production by the summer of 2020. These supply gains will be added to by Guyana and smaller gains from other countries such as Canada. The 120,000 b/d FPSO Liza Destiny arrived offshore Guyana at the end of August. First oil is expected in early 2020.

The direction of oil prices hinges on the extent of the damage to Saudi oil facilities and the length of time it will take to restore crude supplies, as well as on any US/Saudi response and its potential to turn a cold war hot. A moderate response and return to ‘normality’ will eventually see the underlying changes in the demand/supply balance reassert themselves as the dominant factor influencing oil prices.

European soldiers in Middle East could be in danger – Iran President