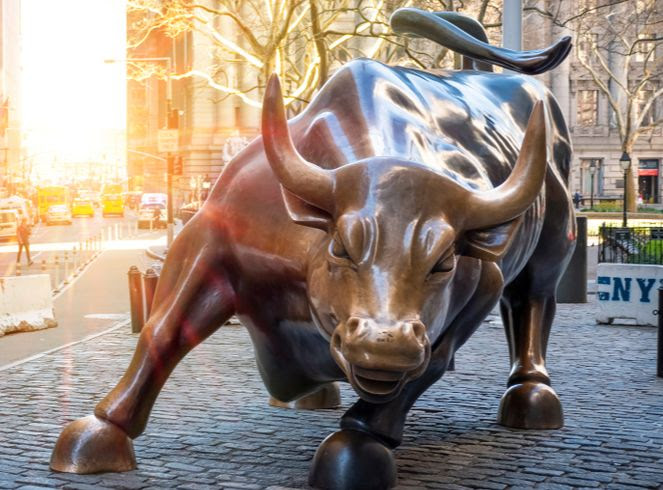 Oil rebounded above $40 at the end of the week after EIA data showed a drawdown in oil storage and Hurricane Sally forced offshore platforms offline.

Oil up on OPEC+ meeting. Oil gained more ground after the Saudi oil minister warned speculators gambling in the market. To short-sellers betting on a slide in prices, he said: “Make my day.” He added that OPEC+ will actively and pre-emptively manage the market. The group also pressured laggards to increase their compliance.

Goldman: $49 by year-end. Goldman Sachs sees Brent rising to $49 per barrel before the end of the year. “We estimate that the oil market remains in deficit with speculative positioning now at too low levels,” Goldman Sachs said.

Biden: “Fracking has to continue.” Democratic Presidential candidate Joe Biden once again reiterated support for fracking in a CNN town hall event in Pennsylvania on Thursday. “Fracking has to continue because we need a transition,” Biden said. “We’re going to get to net-zero emissions by 2050, and we’ll get to net-zero power emissions by 2035. But there’s no rationale to eliminate, right now, fracking.”

Haftar to lift blockade. The head of the Libyan National Army, General Khalifa Haftar, said he would lift the blockade on Libyan oil exports after reaching an agreement with the country’s deputy prime minister. The impact is unclear, however, as the National Oil Co. previously denounced the negotiations.

Pemex expects a drastic drop in oil exports. Pemex expects oil exports to fall sharply over the next three years due to declining production and the need to supply a new $8 billion refinery. Heavy Maya crude exports could fall by as much as 70 percent between 2021 and 2023.

Pipeline operators hurting on low demand. The shale production crash has spilled over to the midstream sector, which was caught between falling oil production and pipeline utilization from the upstream and crumbling demand for fuels in the downstream.

Trump admin considers $300 million for refiners. The Trump administration is looking at dishing out $300 million in aid to refiners who were denied an exemption on ethanol blending requirements.

Diesel stockpiles cap oil prices. Even as crude stocks decline, diesel inventories continue to increase, rising to a record high for this time of year. Diesel cracks fell to their lowest level since 2010. The weakening margin is the “worst possible scenario for refiners,” Bob Yawger, director of the futures division at Mizuho Securities USA, wrote in a note.

U.S. business group backs carbon pricing. The Business Roundtable, a grouping of CEOs from some of the biggest U.S. companies, announced support for “market-based emissions reduction policy.” The announcement is notable because the group has actively opposed such a policy track for years.

China considers clean energy acceleration. China is considering stepping up its clean energy deployment as part of its next five-year plan that begins in 2021. One option includes bringing forward its 20 percent renewable energy target from 2030 to potentially 2025.

Shell files offshore drilling plans in Alaska. Shell Offshore Inc. has submitted plans to plans to drill for oil in the waters along the National Petroleum Reserve-Alaska in the coming years.

Ventura Co. curbs drilling with greater setbacks. Ventura County, California voted to increase drilling setbacks to 2,500 feet for new oil wells near schools. It also triples the setback distances from homes to 1,500 feet. The vote also curtailed flaring. Ventura county is home to some of the largest sources of oil production in California.

Dakota Access safe through 2020. After initially ordered to shut down, the Dakota Access Pipeline will likely remain online at least through the end of the year under a new court schedule.

Shell shuts Gulf of Mexico platform. Hurricane Sally passed through the Gulf, but another storm looms. Royal Dutch Shell (NYSE: RDS.A) said it shut down production at some of its facilities with more tropical storms heading towards the Gulf of Mexico.

Natural gas prices plunge. Natural gas prices plunged this week, including a 10 percent one-day sell-off. Goldman Sachs pointed to congestion in storage as we near the end of injection season. But the crash could be brief. “Ultimately, however, we believe the high inventories to end this injection season are still not sufficient to derail next year’s bullish gas fundamentals,” Goldman Sachs said in a note. 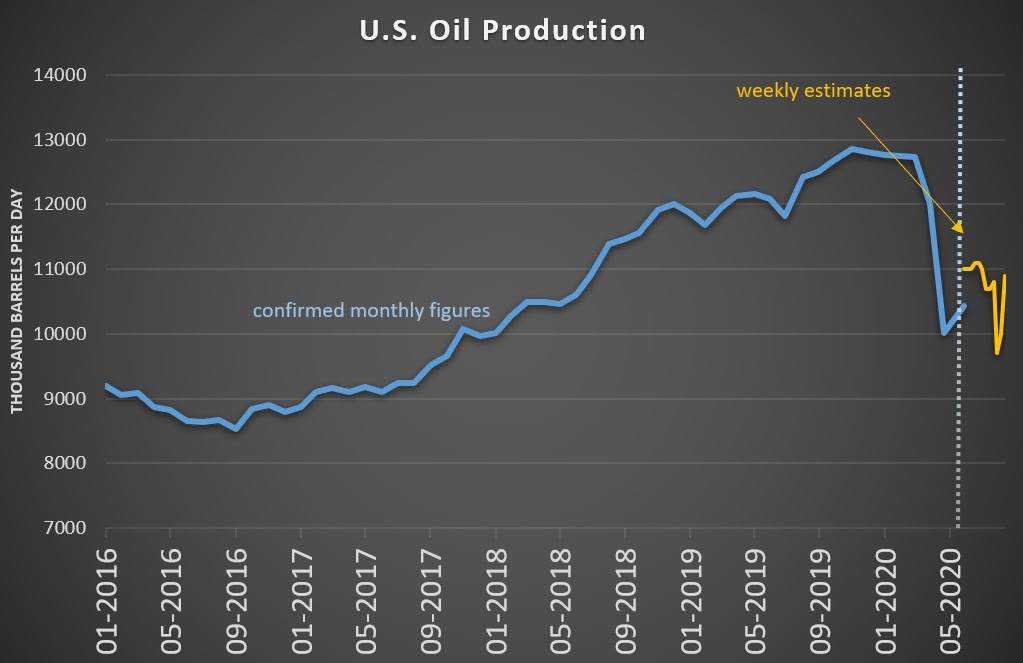 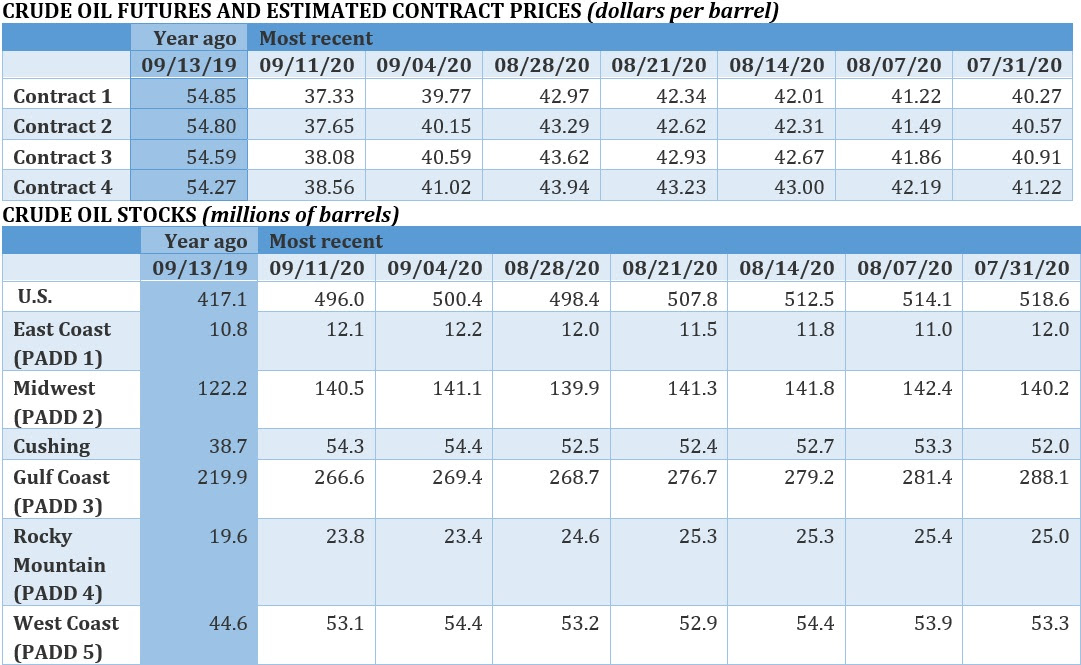 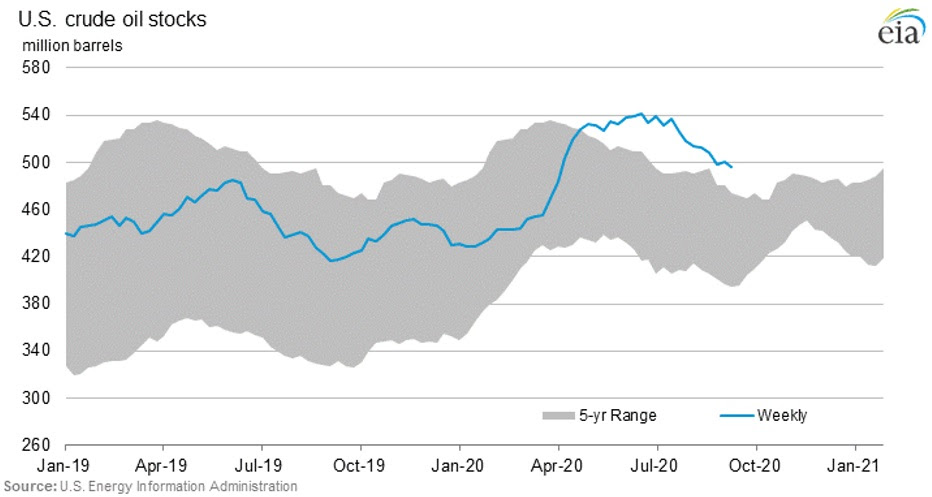 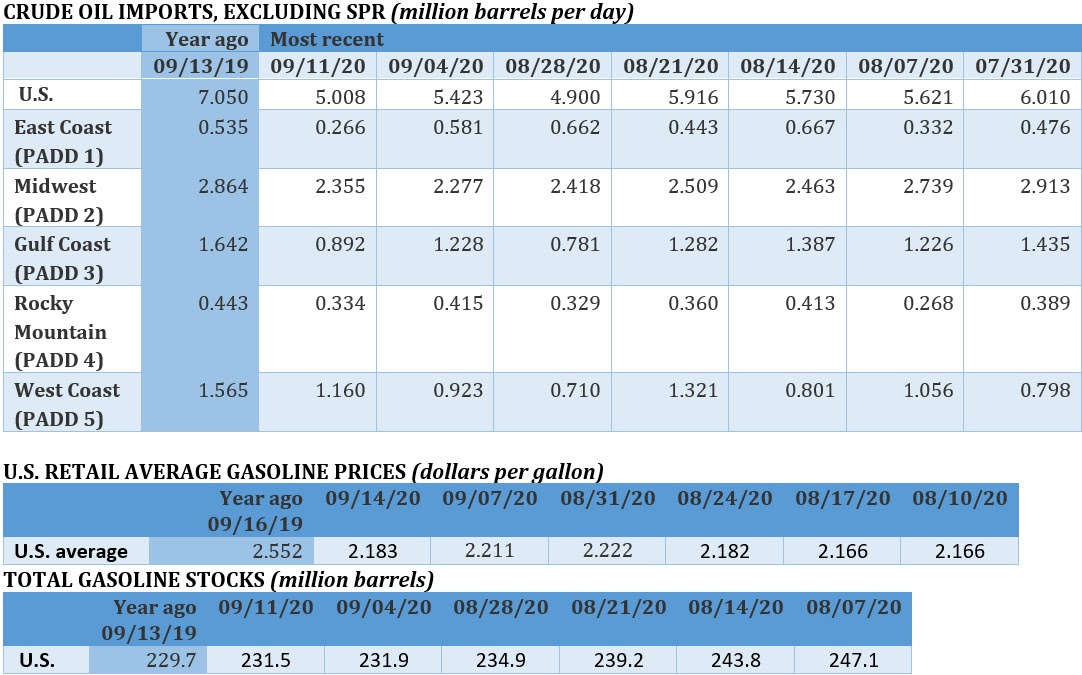 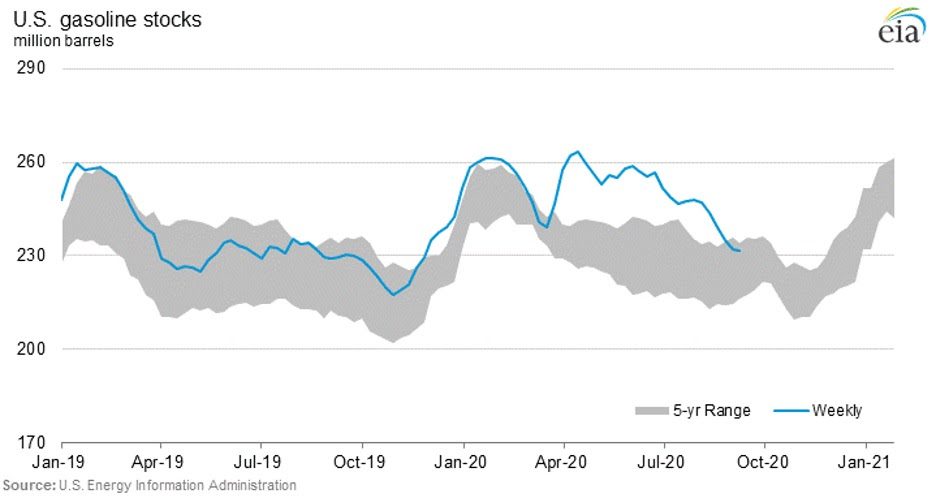 « The year 2020 is the year when most of us have suffered deaths of loved ones (Previous News)
(Next News) Wikipedia article of the day for September 19, 2020 Alfred Worden »