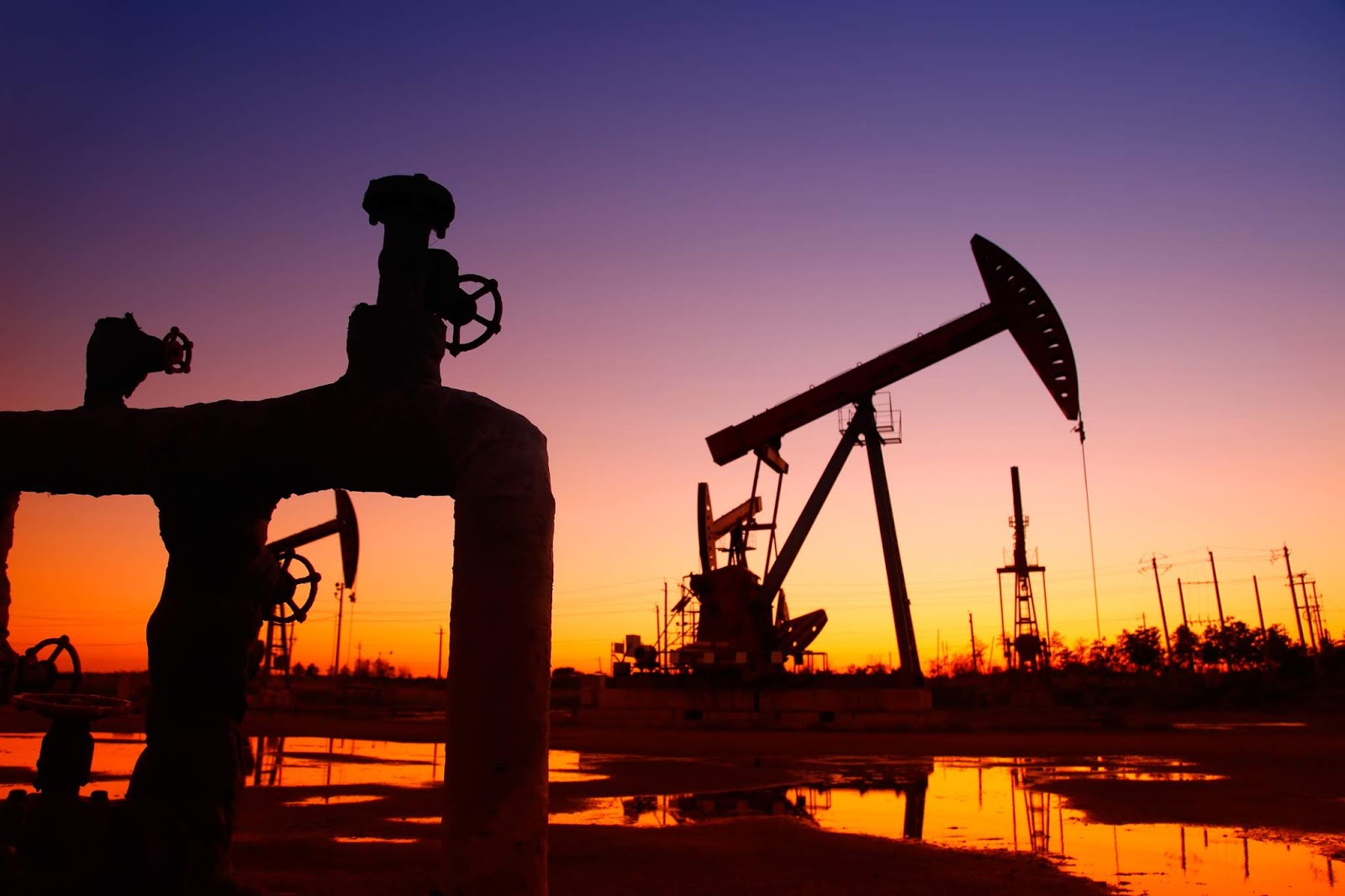 Is OPEC Doing Enough To Counter The Looming Oil Glut?


– Future growth of natural gas consumption is concentrated in Asia.

– The gap between production and consumption widens as time goes on. The EIA expects non-OECD Asia to consume 120 bcf/d by 2050, outpacing regional production by 50 bcf/d.

– Long-term projections for LNG are highly predicated on this blistering demand growth rate.

– Phillips 66 (NYSE: PSX) saw its share price surge to more than a one-year high on higher retail fuel margins and better-than-expected earnings from the third quarter. Still, profits fell by half.

– Marathon Petroleum (NYSE: MPC) is planning to spin off its gas-station chain and may shakeup executive leadership in response to activist investor pressure from Elliott Management Corp. 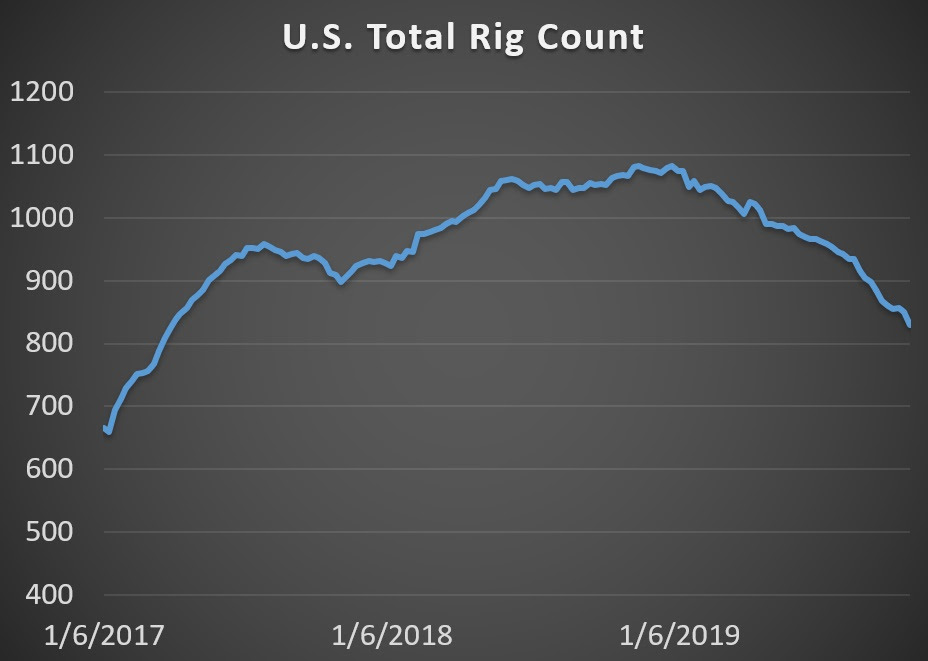 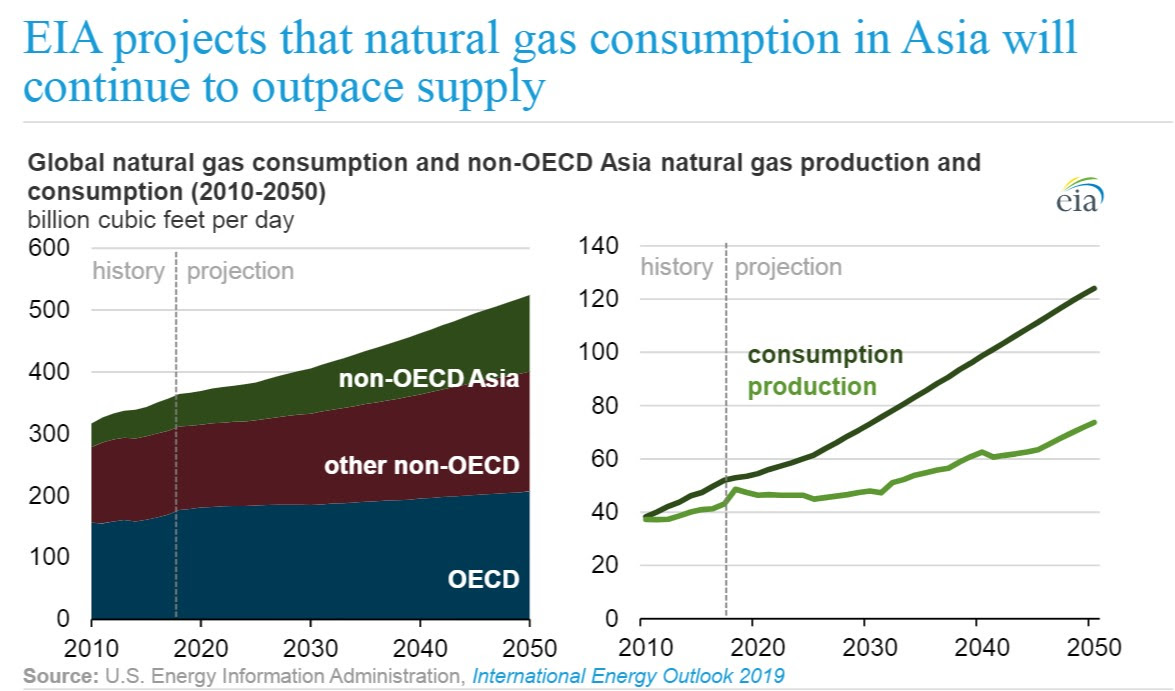 Oil prices were flat in early trading on Tuesday as trade war hopes fade and markets await the API’s crude inventory report. The IEA’s bearish report on global oil demand and a looming supply glut was offset by reports that Saudi Arabia was ready to cut its production even further.

Vaca Muerta on edge with new Argentine President. The oil-friendly President of Argentina Mauricio Macri was ousted on Sunday. His efforts to put a Band-Aid on the crisis in the last few months – which included a fuel prize freeze and currency controls – have already cut drilling activity in the Vaca Muerta. But larger questions swirl around what the new president will do. Analysts say that price controls and rampant inflation may deter investment.

Trump’s vow to take Syrian oil denounced by legal experts. “What I intend to do, perhaps, is make a deal with an ExxonMobil or one of our great companies to go in there and do it properly … and spread out the wealth,” Trump said during a news conference. Legal experts said such a proposal would be illegal and also an ethical disaster. “It is not only a dubious legal move, it sends a message to the whole region and the world that America wants to steal the oil,” said Bruce Riedel, a former national security advisor told Reuters.

8 in 10 Americans say U.S. should decrease or limit drilling. A nationwide poll from The Washington Post and the Kaiser Family Foundation finds that 8 in 10 Americans say the U.S. should “decrease” drilling or “stay as is.” 51 percent said oil and gas exploration on federal lands should be reduced, and 53 percent say the same thing about offshore. Less than 15 percent say drilling should expand on public lands or offshore.

Saudi Aramco struggling to achieve IPO valuation that it wants. Saudi officials have long said that Aramco should be valued at around $2 trillion, but analysts have long questioned that figure. Meanwhile, Saudi officials are scrambling to keep the IPO on track to launch before the end of the year. Some investors say the company is not worth more than $1.2 trillion, according to the FT. Aramco says that it earned $68 billion in the first nine months of 2019, making it the world’s most profitable company.

U.S. shale braces for brutal earnings season. The number of bankruptcies among North American E&Ps has been rising as of late, and access to capital has been closing off. With earnings season under way, there will be close scrutiny on the shale sector as companies come under pressure after a period of lower prices. “As yet, the decline in drilling activity is not reflected in lower production growth, but this is probably only a question of time,” Commerzbank said.

Lithium miners cut expansion plans on low prices. Albemarle Corp. (NYSE: ALB), SQM (NYSE: SQM) and other lithium producers are cutting expansion plans due to a down market and low prices, according to Reuters. Lithium demand is expected to more than triple through 2025 as demand for batteries in EVs soar. However, analysts say that lithium miners have boosted supply too quickly.

U.S. consumer health showing signs of weakness. Despite what some are calling a manufacturing recession, the American consumer has kept the economy growing. However, there are signs that consumers are becoming overstretched.

Fed to cut interest rates. Market watchers widely expect the U.S. Federal Reserve to again cut interest rates on Wednesday, most likely by 25 basis points. But GDP growth has slowed and the cuts are not showing signs of reigniting the economy.

Texas hit hard by slowdown. Employment and investment is slowing down as the shale industry gets hit by low oil prices and a pullback from investors and lenders.

BP’s earnings drop by 41 percent. BP (NYSE: BP) reported third quarter earnings that were slightly better than expected, but were still down by 41 percent from a year earlier. Part of the problem was not just lower oil prices, but also lower natural gas prices. “We don’t think this is going to get better over the next 2-3 years,” BP’s CFO Brian Gilvary said.

For best health and climate impact, put renewables in Midwest. A new study from Harvard University finds that for every 3,000 megawatts of wind power put in the Upper Midwest, it would translate into $2.2 trillion in climate change and health benefits, or about $113/MWh. That compares to just $28/MWh of benefits in California. The Midwest is the region that stands to gain the most from renewable energy, largely because of the large concentration of coal-fired power plants that would be displaced.

VW ramps up EV factory in China. VW aims to produce as many as 1 million EVs in China by 2022, according to Reuters. The expansion would allow VW to surpass Tesla’s (NASDAQ: TSLA) capacity in the country.