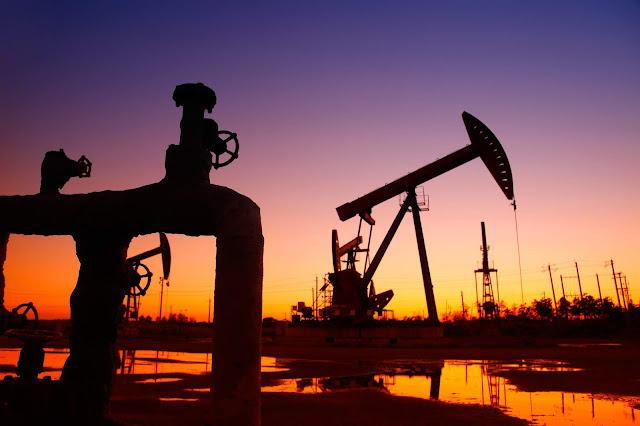 – The agency says that large and growing populations in the developing world will mean increased demand for air conditioning, electronics, personal vehicles and other energy services.

– The EIA’s forecasts do not include any policies related to climate change that might alter the trajectory of emissions. A future in which emissions continue to grow unabated is directly at odds with stated goals from governments around the world that signed onto the Paris Climate Agreement.

• Chevron (NYSE: CVX), ExxonMobil (NYSE: XOM) and Royal Dutch Shell (NYSE: RDS.A) are among 14 oil companies that registered for a November offshore oil auction in Brazil. The Brazilian government is hoping to raise $25 billion from the sale.

• Enbridge (NYSE: ENB) fell 2.7 percent on Monday after the Canada Energy Regulator stopped the company from auctioning the right to ship oil through its Mainline system, due to the “perception of abuse of Enbridge’s market power.”

• PetroChina (NYSE: PTR) said that it has achieved a breakthrough in its shale gas exploration and added 741 billion cubic meters of shale gas reserves in the Sichuan province plus 358 million tons of oil. 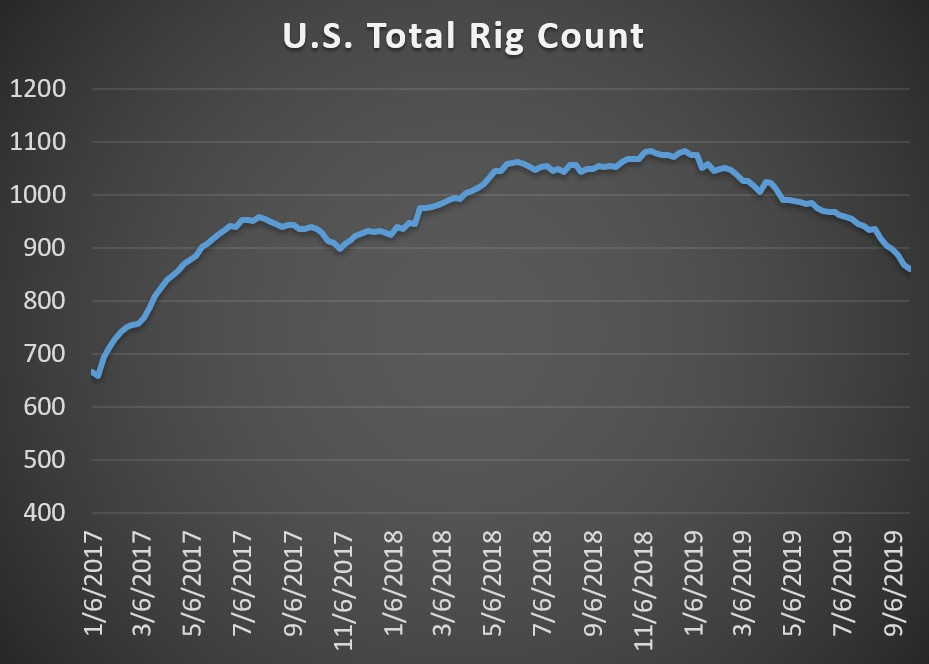 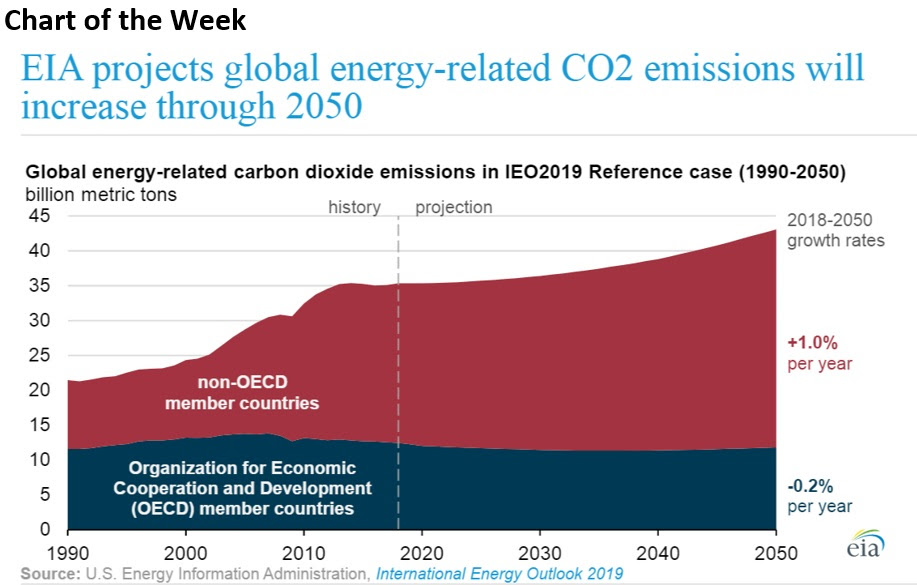 Oil prices fell on Monday on diminished hopes of a breakthrough in the U.S.-China trade war. Prices then stabilized in early trading on Tuesday, on news that U.S. oil production fell in July (much of which could be attributed to temporary hurricane-related outages).

Saudi Aramco up to 9.9 mb/d. Saudi Aramco said that it is producing more than 9.9 mb/d, largely restoring production to levels seen prior to the Abqaiq attack. The company is still working on restoring damaged spare capacity.

Aramco sweetens IPO with $75 billion dividend. Saudi Arabia said that Aramco would pay $75 billion in annual dividends, an effort made to attract more investors ahead of the company’s IPO. The government also said that it would overhaul royalty payments and cut corporate tax.

Fitch downgrades Aramco. Fitch cut Saudi Aramco’s credit rating due to geopolitical risks from A+ to A, with a stable outlook. “The downgrade reflects rising geopolitical and military tensions in the Gulf region, Fitch’s revised assessment of the vulnerability of Saudi Arabia’s economic infrastructure and continued deterioration in Saudi Arabia’s fiscal and external balance sheets,” Fitch said in a release.

BP CEO to retire. BP’s (NYSE: BP) CEO Bob Dudley is expected to retire next year, ending his tenure at the British oil company that began in the wake of the Deepwater Horizon disaster nearly a decade ago.

Small U.S.-based oil companies look to London for capital. A growing number of U.S. oil companies are looking to list on the London Stock Exchange after falling out of favor with investors in New York and Toronto, according to the FT, which cited a few small-cap African-focused E&Ps that chose London rather than North America for a public listing. “There are investors in London with appetite for smaller cap African E&Ps,” Cary Bounds, Vaalco chief executive, told the FT. “Analysts in North America have an educated understanding of shale play but they struggle with us. London analysts understand how to value our business.”

Shell oil and gas production falls, LNG output up. Royal Dutch Shell (NYSE: RDS.A) provided a quarterly update ahead of its official third quarter earnings release at the end of October. Shell said its upstream production fell by 2.7 percent compared to a year earlier, while its LNG liquefaction rose by at least 10 percent. It also expects $250 to $350 million in write-offs due to unsuccessful exploration drilling.

Falling hotel rates in Midland a sign of the times. Liam Denning of Bloomberg Opinion wrote about the double-digit decline in hotel rates in West Texas. That magnitude of a percentage decline is “very, very rare,” said Jan Freitag, a senior VP at STR. “Normally, you get that when something like a hurricane hits; like a natural disaster.” The negative trend for hotel rates coincides with the contraction in drilling activity.

Trump-Rouhani meeting almost happened, but fell apart. Efforts by French President Emmanuel Macron to broker a meeting between Trump and Rouhani came close, but ultimately fell apart as the Iranian president declined to meet until sanctions are removed. “There were subtle suggestions from both Washington and Tehran about the prospect of negotiations, but I did not see a shift in either side’s bottom line,” Henry Rome, Iran analyst at the Eurasia Group, told the WSJ. “While neither side is ready to make peace, they are very keen to avoid war.”

Pemex wants control of oil discovery. Talos Energy (NYSE: TALO) found nearly a billion barrels of oil off Mexico’s southern Gulf Coast in 2017, but according to Reuters, Pemex wants to take control of the find. Oil executives and analysts told Reuters that doing so would chill investment, frightening away the private sector.

U.S. pipeline regulations to be unveiled. The US Pipeline and Hazardous Materials Safety Administration, or PHMSA, is expected to release three new natural gas pipeline safety rules this week, eight years after the U.S. Congress tasked the agency with doing so.

Banks maintain downbeat oil price forecasts. A Wall Street Journal survey of 13 major investment banks finds an average forecast price for Brent of $64.31 in the fourth quarter, nearly unchanged from the average forecast a month earlier. The assessments suggest that few analysts see lasting change to the market from the Abqaiq attack.

Republicans gain stronger control over FERC. By tradition, the powerful Federal Energy Regulatory Commission is typically made up of both Republicans and Democrats, but the agency is tilting more Republican.