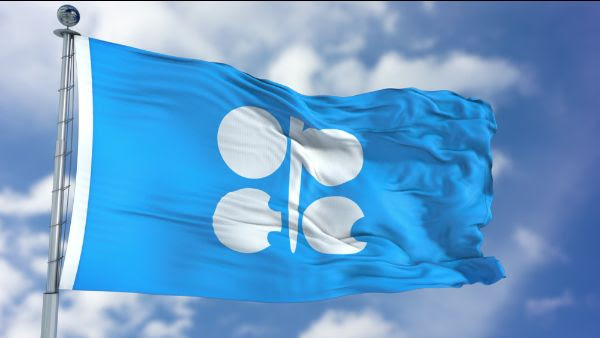 By OILPRICE.COM
It was a big week for oil market data and projections this week, with both OPEC and the IEA releasing some key reports for the industry. Despite this influx of new data, oil is set to close out the week little changed from a week earlier. It was a relatively quiet week in terms of volatility, with the U.S.-China trade war maintaining its firm grip over oil markets.

IEA: OPEC faces “major challenge” in 2020. Weak demand and rising non-OPEC supply presents a “major challenge” to OPEC next year, according to a new report from the IEA. The agency said that non-OPEC supply could grow by 2.3 mb/d in 2020, higher than the 1.8 mb/d this year. As a result, demand for OPEC’s oil will decline by around 1 mb/d. “The hefty supply cushion that is likely to build up during the first half of next year will offer cold comfort to OPEC+ ministers gathering in Vienna at the start of next month,” it added.

European Investment bank ends lending to fossil fuels. The European Investment Bank announced on Thursday plans to end financing for fossil fuel projects around the world, a decision that will take effect in 2021. In the interim, only projects currently in the works will go forward. Instead, the EIB said it would unlock 1 trillion euros ($1.1 trillion) for climate change action. “We will stop financing fossil fuels and we will launch the most ambitious climate investment strategy of any public financial institution anywhere,” said EIB President Werner Hoyer. The EIB is the world’s largest multilateral lender.

Offshore oil to peak in 2020. Offshore oil production could hit a peak in 2020 before entering decline. After supply additions next year, a dearth of new projects go forward, according to a report from Sanford Bernstein. For investors, the opportunity is huge because there is a scenario in which industry spending falls but oil prices rise. The recent failed auction in Brazil lends some weight to the theory that the industry might stay away from future offshore spending.

All signs point to OPEC+ extension, not deeper cut. OPEC+ is likely to extend its production cuts through the end of 2020 at the upcoming meeting in Vienna, rather than deepening the cuts. “There is always a risk that if we cut deeper and prices rise, those [U.S.] companies could change their plans to hike production,” a Gulf OPEC delegate told the Wall Street Journal. “OPEC would ensure that won’t happen.”

Tullow Oil plunges on poor outlook in Guyana. Tullow Oil (LON: TLW) saw its share price nosedive by 27 percent this week after it said it is reassessing the commercial viability of its oil discoveries in Guyana. The oil has a high sulfur content, the company said. “We expect investors to worry about the projects’ value,” Al Stanton, an analyst at at RBC Europe Ltd., said in a note. Hess (NYSE: HES), which also has a lot on the line in Guyana, fell by nearly 5 percent after Tullow’s announcement. 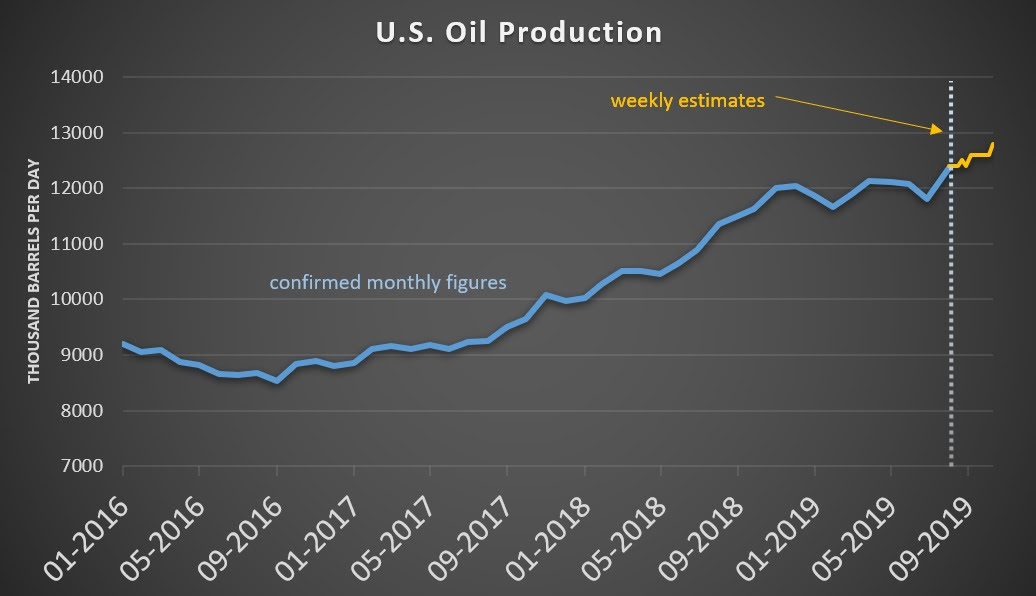 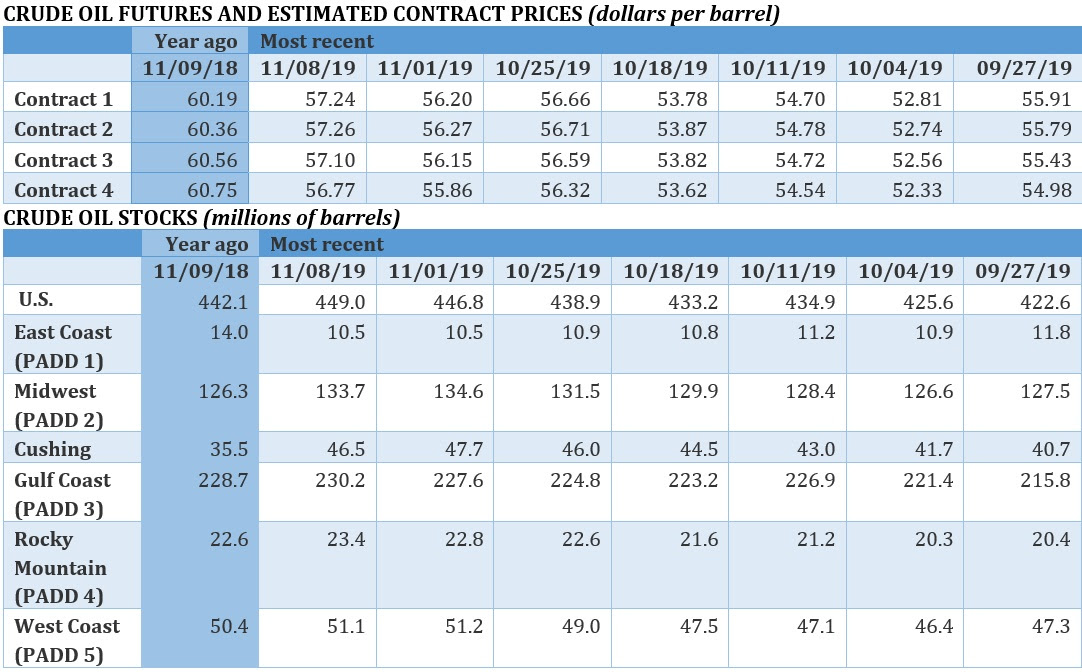 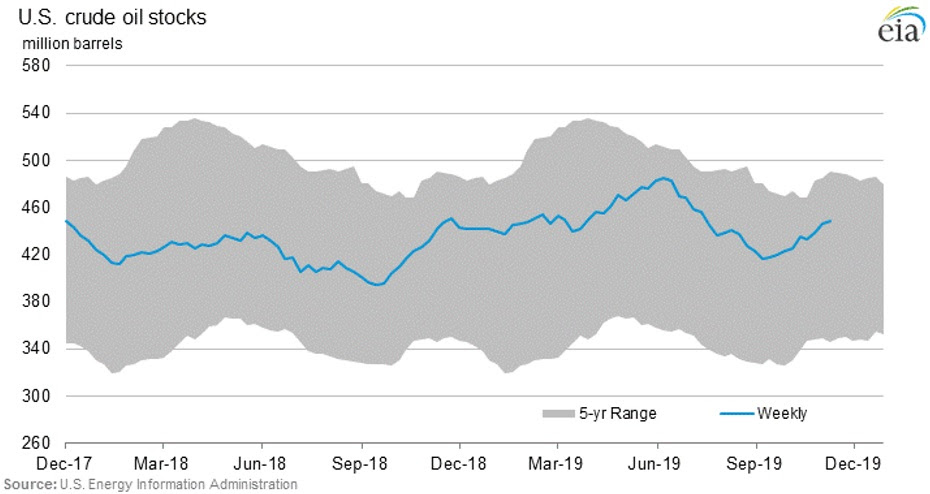 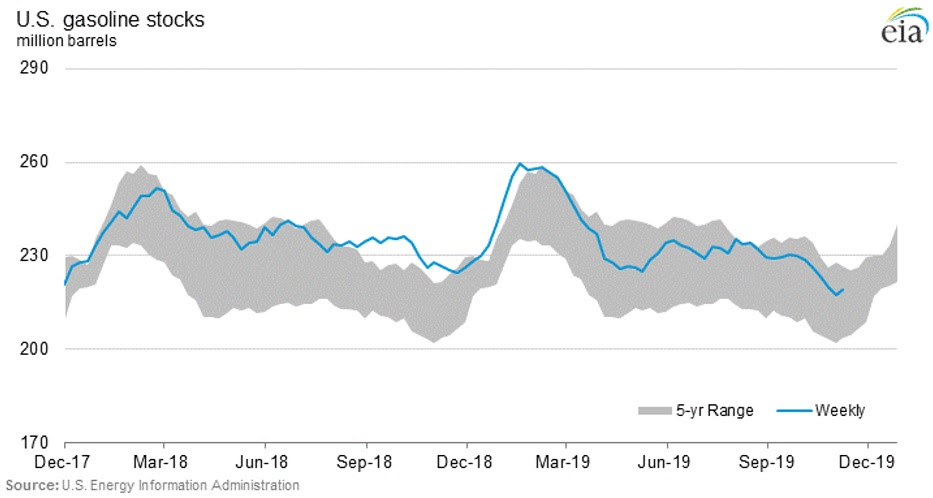 IEA: Oil demand to peak in 2030s, but not emissions. The IEA released its highly-anticipated annual World Energy Outlook this week, complete with forecasts to 2040. The agency said that oil demand will likely plateau in the 2030s, but emissions are still on track to rise through 2040. The IEA also saw U.S. shale growing strongly through 2030, nearly doubling in output, despite the current slowdown.

Lithium miners hit by EV downturn. The lithium industry has hit its first major downturn as global lithium supply has surpassed demand by around 5 percent, according to Reuters. That is also the result of slowing EV sales in China as the government pares back subsidies.

IAEA: Iran resumes uranium enrichment. The IAEA said in a report this week that Iran has resumed uranium enrichment at its underground Fordow plant. In the first signs of a crack, some European diplomats raised the prospect of a return of sanctions on Iran.

Daimler to cut 1 billion in personnel. Daimler plans to cut 1.4 billion euros in personnel costs and warned that the push for EVs will cut into profits. “The industry is in transformation,” chief executive Ola Källenius told investors in London. “We have to do this.” Tighter European standards on the transportation sector take effect in 2020.

Spot LNG prices in Asia-Pacific are hovering around the $6/MMBtu level at a time when seasonal winter demand usually pushes them higher. The reason is not hard to see – excess liquefaction capacity coming on-stream in the US, compounding the build-up of capacity in recent years in Australia, as well as additions in Russia and elsewhere.

There is also a year-round seasonal impact. A mild winter generally gives way to weak summer pricing and a certain amount of residual LNG in tank. Buyers can fill up cheaply and enter the next winter season well stocked. Gas storage in Europe was full early this year, owing in large part to the availability of cheap LNG and a relatively weak drawdown over the previous winter.

But it is on the mid-2020s to which LNG developers focus has turned, perceiving a demand gap as South Asian countries in particular ramp up their demand for LNG, adding to still strong annual gains from China.

Yet the demand gap in 2020 appears to have been filled. According to GlobalData, the US will add 156.9 million metric tons per annum of new liquefaction capacity by 2023. Not all of this capacity is certain by any means, but even when only projects which have taken Final Investment Decisions (FIDs) are counted, in the US and beyond, the expected demand gap now looks narrow to non-existent.

Qatar plans an expansion from 77 million tons per annum (mtpa) to 110 mtpa come what may. Four 8 mtpa ‘megatrains’ are planned and expected on-stream at three to six-month intervals from 2024.

No formal FID has been taken, but the amount of contracting activity that has and is taking place around the North Field Expansion project indicates this capacity will emerge. In early October, Qatar Petroleum announced that it had short-listed potential partners for train construction. It has already awarded all the upstream contracts.

In Mozambique, two major projects have taken FID this year in addition to the already under construction smaller Floating LNG Coral project. In total, Mozambique can expect to go from naught to 31.5 mtpa capacity by 2024, although building two large LNG projects – Rovuma and Mozambique LNG – on the same site and at the same time is likely to create logistical challenges.

Russia’s Novatek has given a greenlight to its Arctic LNG 2 project, which will boost Russian LNG capacity by 19.8 mtpa. The company has plans to increase capacity to a total 70 mtpa by 2035, and Arctic LNG 2 will get it halfway there. Exploration successes suggest ample gas resources, and Novatek and LNG, in general, has strong Russian government support. Novatek has already demonstrated its capacity to get foreign partners, particularly Chinese finance, on board.

Then there is Canada. Although glacially slow to free itself from dependence on the US market, the FID taken on Canada LNG last year was a major step forward. The project is expected to give the country export capacity of about 13 mtpa from 2023, but there are a number of other LNG projects close to FID on both the west and east coasts, which could turn Canada into a significant market player by the mid-2020s.

Based on US Energy Information data for plants under construction or for which a formal FID has been taken – a relatively conservative measure – US liquefaction capacity should rise from 55 mtpa currently to 116.5 mtpa by 2024.

In addition to other projects, such as BP and Kosmos’s evolving west African LNG hub, and discounting the potential for existing site expansions, more than 160 mtpa of new LNG capacity can be expected on-stream by 2024.

At no time has LNG demand jumped that much in a five-year period, although the largest leap since the millennium was in 2014-2018 when LNG imports rose 97.34 mtpa.

There is on paper enough regasification capacity to absorb the increase and more being built, but the huge rise in liquefaction capacity presupposes much higher utilization in regions which have not previously demanded so much LNG, such as Europe.

The availability of competitively-priced LNG is itself a major demand stimulus, which will encourage new market entrants. But while in their initial phases LNG coming into, for example, India, Bangladesh and Pakistan, will meet existing gas deficits, the further out demand projections go, the more dependent they are on new infrastructure being built in-country.

All three south Asian countries have poor track records when it comes to the timely completion of major infrastructure projects.

McKinsey forecasts LNG demand growth of 3.6% a year from 2018-2035, arguing that supply additions will create a ‘long’ market until 2025 and possibly 2027. Others, such as Shell, in its LNG Outlook 2019, argue that supply investment is still needed to meet continued LNG demand growth, which it notes has surprised on the upside in recent years.

This optimism is not unwarranted. The potential for coal-to-gas switching in India and China, as well as the growth of new markets for gas such as in transport, are huge. Climate change concerns and local air pollution concerns suggest coal-to-gas switching will be actively pursued. But the critical issue for companies will be the timing.

On the supply side, the LNG industry appears doomed to a cycle of booms and lulls in construction activity as future supply gaps emerge and are over-filled. Demand-side growth expectations depend on longer-term structural changes largely in developing economies. There is ample potential for recurrent mismatches, with the current outlook being for an extended ‘long’ market.