Oil Tanks On Fears Of U.S., Mexico Trade War
Oil prices are on track for their largest monthly decline in six months. The Trump administration exacerbated the selloff with another threat of trade escalation.

Trump threatens Mexico with 5 percent tariffs. President Trump threatened to slap a 5 percent tariff on all goods imported from Mexico beginning on June 10. In a tweet, he said that the tariff would gradually increase over time unless illegal immigration stopped. The announcement is also a serious blow to attempts to pass the NAFTA 2.0 agreement, which needs be ratified in the national legislatures of Mexico, the U.S. and Canada. “The decision, understandably, is sending shivers down investors’ spines,” PVM said in a note. “U.S. refiners import roughly 680,000 barrels per day of Mexican crude. The 5% tariff adds an extra $2 million to the cost of their daily purchases.”

Fed under pressure to cut rates. The escalating trade war, which may now include Mexico, has led bond investors to bet that the U.S. Federal Reserve will cut interest rates. If the trade war is not resolved soon, “the patience needed to keep from easing will be severely tested sometime in the months ahead,” Steven Blitz, chief U.S. economist at TS Lombard, told the Wall Street Journal. For now, the central bank is not making any moves.

Trump to lift summer E15 ban. The Trump administration has approved the sale of higher concentrations of ethanol in summer months, a move that will be welcomed by ethanol producers and American farmers, already battered by the trade war. Until now, the 15 percent ethanol mix was only allowed to be sold eight months out of the year over concerns about smog in summer months. The oil and refining industries oppose the move and will likely launch legal challenges.

Oil majors won’t bailout struggling Permian drillers. The oil majors have said that they will not overpay for indebted and struggling drillers in the Permian. There is “not always alignment among buyers and sellers,” ExxonMobil (NYSE: XOM) CEO Darren Woods said Wednesday, a diplomatic way of saying that smaller companies are demanding too much. He suggested that these companies will be squeezed over time and will lower their expectations.

U.S. cities aiming for 100% renewables could quadruple. The number of people living in cities that have 100 percent renewable energy is set to quadruple this year.

U.S. aims for Arctic lease sale this year. The U.S. Department of Interior said that it is determined to sell oil leases for the first time in the Arctic National Wildlife Refuge this year. Interior is trying to move quickly through the process. But environmental groups promise legal challenges. “If they really stick with that timeline, then they’re likely going to be violating several environmental laws,” said Adam Kolton, executive director of the Alaska Wilderness League, according to Reuters. “This is being rushed faster than any area we’ve ever seen in the American Arctic and almost any area in the United States. It’s about meeting a political clock.” 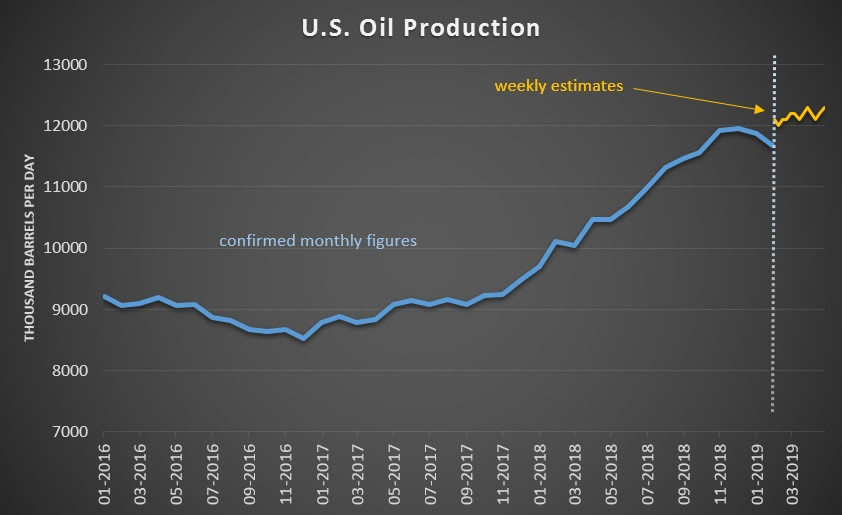 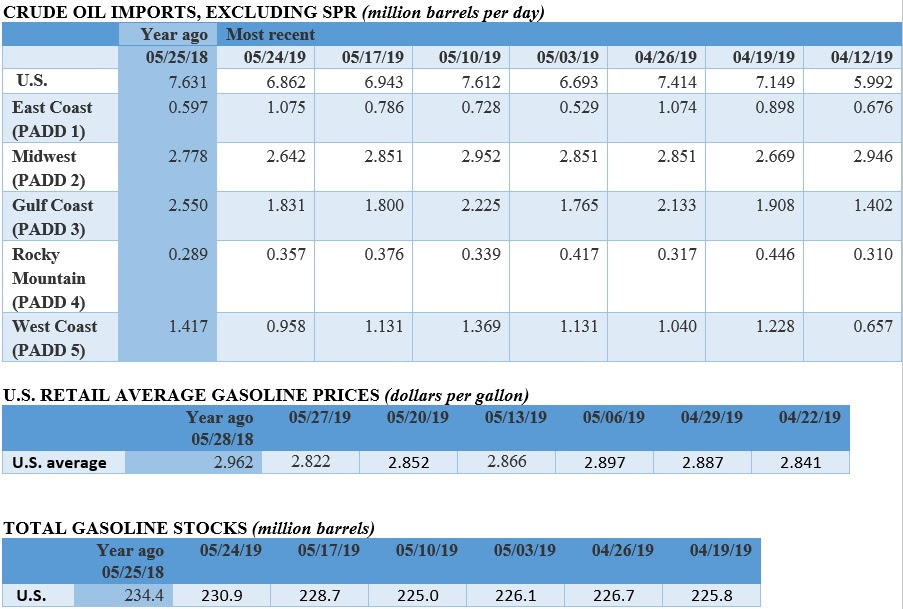 Bulgaria to buy U.S. LNG. Bulgaria has agreed to buy LNG from the U.S. for the first time.

Renewable energy to beat most fossil fuels on price. Onshore wind and solar PV will be consistently cheaper than from any fossil fuel source as soon as 2020, even without subsidies.

Chevron sells North Sea stakes. Chevron (NYSE: CVX) is largely pulling out of the North Sea in order to focus on U.S. shale. The oil major agreed to sell most of its North Sea assets to Delek for $2 billion.

ExxonMobil to return staff to Iraq. After evacuated staff from southern Iraq a few weeks ago, ExxonMobil (NYSE: XOM) said it would return workers to the field following security guarantees.

Is India’s Oil Demand Being Underestimated?

Huge jumps of 8.2% and 9.5% in Indian oil demand in 2015 and 2016 led to growing expectations that India had reached a critical developmental ‘take off’ point. Rising incomes, motorisation, road building and a drive to expand manufacturing in a country of more than 1 billion people would replicate China’s multi-year boom with profound implications for global oil demand.

In the end, Indian oil demand proved relatively disappointing, growing by only 2.9% in 2017 and 4.1% in 2018, and the forecast exuberance was reigned in.

In the IEA forecast, India would take over as the engine of oil demand, but wouldn’t have quite such a profound impact as China did from 2000-2017.

However, China’s expansion was widely and wildly underestimated. The IEA’s 2002 WEO took an in-depth look at Chinese energy demand and forecast that Chinese oil consumption would rise from 5.0 million b/d to 12 million b/d in 2030, a point reached in 2016, 14 years early.

The landslide victory of the Bharatiya Janata Party in India’s general election in May came despite low farm gate prices threatening to undermine the government’s rural support. The BJP won 303 seats in the lower house of parliament, up from 282 in 2014, giving it an enlarged outright majority and ensuring another five-year term for Prime Minister Narendra Modi.

Modi’s pro-business economic policies and preparedness to spend on infrastructure bodes well for further gains in Indian oil demand. The economy appears to have rebounded from the impact of the removal of high denomination bank notes in 2016. The introduction of the Goods and Services Tax from July 1, 2017, despite its complexities, removes many barriers to interstate trade. Modi’s ‘Make in India’ programme should boost the manufacturing sector.

For oil, investment in roads is particularly important. While India already has the second largest road network in the world behind the US, its quality is poor and it comprises mostly rural roads rather than highways. However, the central government, which is responsible for highways, has each year increased its road building budget. In fiscal 2017-18, the government built 9,829 km of highway, more than double the 4,250 km built in 2013-14, the last year of the previous administration. A further 300 highway projects are expected to be complete this year.

Improvements to rural roads, responsibility for which again lies with central government, under the Ministry of Rural Development, are also being made. Spending is supported by programmes like the Pradhan Mantri Gram Sadak Yojan rural roads project, which received an additional $500 million in World Bank funding in June last year.

China’s oil boom was created by investment-led growth in heavy industry and manufacturing, with the economy now reaching a less energy-intensive stage of development in which services have risen as proportion of GDP at the expense of industry.

India already has a large services sector, but also a large primary sector, mostly agriculture, which in 2017 made up 16% of GDP in contrast to China’s 8%. India’s GDP per capita on a purchasing power parity basis has grown much more slowly than China’s. In 2000, India’s GDP per capita was 73.5% of China’s, while, in 2017, is was just 42.5%. Yet India has long passed the income take-off point which China appeared to reach in the early to mid-2000s.

The BJP’s election victory was surprising in the face of very low increases in agrarian incomes over the last four years and rising levels of rural indebtedness. Small farmers are also largely excluded from formal financial structures such as bank lending and insurance.

The government has adopted a target of doubling farmers’ incomes by 2022, but it is not clear how this will be achieved without higher productivity, which will require increased mechanization and further reductions in rural employment. In recent years those that have made profits from agriculture in India have been agribusinesses rather than traditional small farmers.

China’s rural-urban migration was one of the largest mass movements of people in history. It reflected both push and pull factors; a decline in rural incomes and the increasing availability of urban jobs, as well as an increasing disparity between the services and housing available in rural and urban environments.

It was also a key under-estimated factor driving Chinese energy demand as the government rushed to deliver new urban homes, mass transport and centralised city services for hundreds of millions of people who spent their new urban incomes on white goods and cars.

A push by India today to expand its manufacturing capacities would not be as energy intensive as China’s expansion in the late 1990s and 2000s because India will be able to adopt more energy-efficient machinery and practices. However, the signs of rural economic distress which failed to rebound on the BJP in 2019 will be hard to address as rising demand for food benefits agribusiness over traditional practices. If a more intensive and unforeseen shift in Indian energy demand is to occur, it will start in the countryside and end in the cities via rural-urban migration, an element of development which can be moderated but rarely, if ever, avoided.

Did you find apk for android? You can find new Free Android Games and apps.
Sharing is caring:
ENERGY, world news, oil and gas, Tariffs energy, OIL AND GAS, Tariffs, World News Comments Off on ENERGY: Oil report for May 31, 2019 Print this News

« UGANDA: X-Files from the village – Season II (Previous News)
(Next News) Wikipedia article of the day for June 1, 2019 Cleopatra »