Rare Earth Stocks are Soaring as China Weaponizes Supply…
And Analysts are Pointing to Vanadium as the Next Big Winner
One company, in particular, could benefit from the coming squeeze 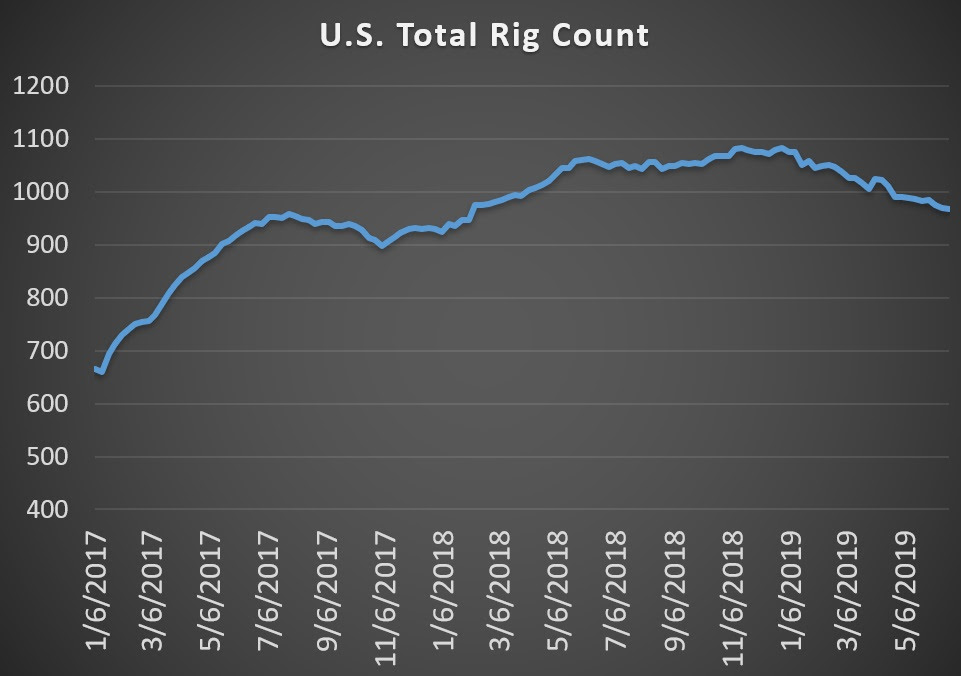 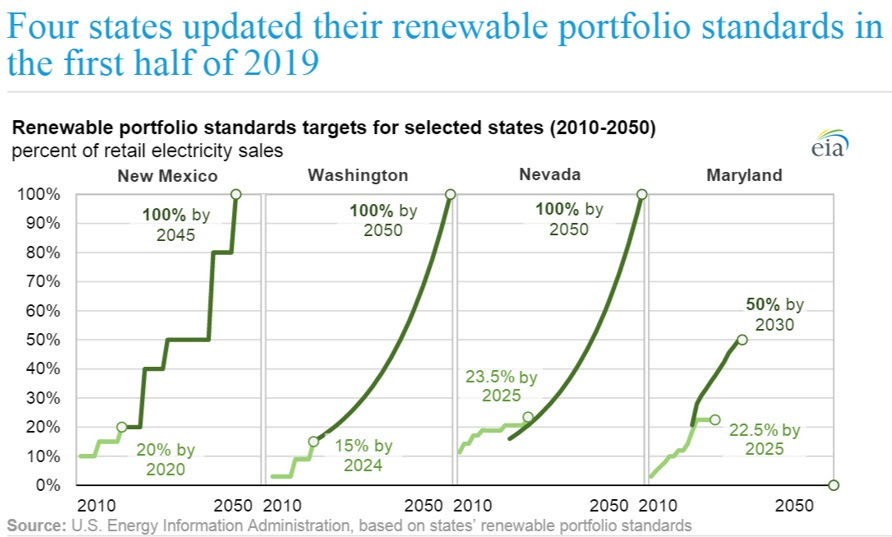 – At the start of the year, there were 29 states plus the District of Columbia that had some version of a renewable portfolio standard (RPS). Four states have since updated their standards – New Mexico, Washington, Nevada and Maryland, plus DC.

– States with RPS account for 63 percent of electricity sales in the U.S.

– The EIA data overlooks the massive bill about to become law in New York, which will aim for 100 percent clean energy and net-zero emissions by 2050. A growing number of states are scaling up their ambition in the face of an intransigent federal government.

– Energy Transfer Partners (NYSE: ETP) has proposed to double the volume of its Dakota Access Pipeline from 500,000 to 1 million barrels per day. DAPL was one of the most hotly protested pipelines in recent memory, but ETP says that demand for pipelines from the Bakken is strong.

Trump says U.S. not dependent on Hormuz. In a tweet on Monday, President Trump said that the U.S. was no longer dependent on oil coming through the Strait of Hormuz, and he suggested that other countries should pay for security in the region. “China gets 91% of its Oil from the Straight, Japan 62%, & many other countries likewise,” Trump wrote. “So why are we protecting the shipping lanes for other countries (many years) for zero compensation. All of these countries should be protecting their own ships on what has always been….a dangerous journey. We don’t even need to be there in that the US has just become (by far) the largest producer of Energy anywhere in the world!” The U.S. has made navigation through the Strait a national security concern since the 1970s.

U.S. imposes more sanctions on Iran. Following the aborted military strike from last week, the U.S. imposed a new round of sanctions on Iran, targeting top level officials, including Ayatollah Ali Khamenei. Iran’s crude oil and condensate exports averaged 1 mb/d in April and 800,000 bpd in May, according to S&P Global Platts. In response, Iran’s foreign ministry said the sanctions on top officials means the “permanent closure of the path of diplomacy.” Trump’s aim for a new nuclear deal “has thus become a distant dream,” Commerzbank said in a note. “It appears that the doors have been closed – at least for the time being – to any diplomatic solution to the crisis.”

Chevron Phillips Chemical to build Qatari petrochemical complex. Qatar Petroleumchose Chevron Phillips Chemical, a joint venture between Chevron (NYSE: CVX) andPhillips 66 (NYSE: PSX), to build the largest ethylene production plant in the Middle East. The plant will turn Qatar’s abundant natural gas liquids into the building blocks for plastic. According to Bloomberg, at a $65-per-barrel Brent price, oil producers can earn $15 per barrel by refining it and an additional $30 by converting it into petrochemicals.

Tainted Russian oil still can’t find buyers. Even as Russia has declared the oil contamination crisis over, roughly $500 million of tainted oil cannot find willing buyers, even at a steep discount of $10 to $15 per barrel. “I’m not willing to risk our equipment just for cheap crude,” an oil trader with a North Asian refinery told Reuters.

Pioneer reins in ambitions. Pioneer Natural Resources (NYSE: PXD) is discarding its aggressive growth model, forgoing plans to pursue 1 mb/d of production, and instead is focusing on profitability, according to the Wall Street Journal. The strategy shift is hard to overstate, as it signals the growth-at-all-costs business model for shale drilling is reaching its limits. Questionable economics are catching up to the industry. Pioneer has slashed its workforce and is slowing down on drilling. The big question is if others in the industry will follow Pioneer’s lead.

Shipping insurance spikes to $500,000 in Persian Gulf. The cost of insuring oil shipments through the Persian Gulf, so-called war risk premiums, has surged to $500,000, according to Bloomberg. That’s roughly a ten-fold increase from earlier this year. “This will get passed on to the customers,” said Sandy Fielden, an analyst at Morningstar Inc. “Refiners are paying more for crude and they will pass on the cost to customers if they can. If refiners choose not pass that along, their margins would get squeezed.”

Gasoline prices could rise after refinery explosion. Multiple explosions rocked one of the largest refineries on the East Coast. Philadelphia Energy Solutions’ refinery in South Philadelphia suffered serious damage, which could hamper gasoline production at the 335,000-bpd complex.

Occidental looking for buyer of some pipeline assets. Occidental Petroleum (NYSE: OXY) is hoping to sell a stake in Western Midstream Partners LP (NYSE: WES), which it is inheriting after buying Anadarko Petroleum.

Morgan Stanley: upstream capex to climb. The global oil industry should still see growth in upstream spending over the next few years, despite the recent pullback in prices, Morgan Stanley wrote in a note. The investment bank said that Brent needs to trade at $60 per barrel or higher. Morgan Stanley said that global upstream spending, although still a fraction of pre-2014 levels, should grow by roughly 6 percent CAGR through 2022.