The big oil market news of the week was the easing of cuts from OPEC+. The markets largely welcomed the move, especially since it included pledges by laggards to temporarily keep some supply off of the market to compensate for past under-compliance. Meanwhile, bullish EIA data also boosted sentiment. However, by the end of the week, concerns about slowing oil demand weighed on prices, keeping them stuck at around $40.

OPEC+ delivers on easing. OPEC+ cut really deep in June, and the cohesion was maintained as the group moved to ease production cuts from 9.7 mb/d to 7.7 mb/d in August. However, the headline number is mitigated by the fact that the so-called laggards are supposed to “compensate” for overproducing in recent months. So, the effective production cuts may only decline to 8.1 to 8.3 mb/d in August instead of 7.7 mb/d.

Room to increase? Probably. Analysts mostly think that there is room for OPEC+ to increase production without leading to a slide in prices. After all, demand apparently outstrips supply at the moment. Saudi Arabia’s Energy Minister Prince Abdulaziz bin Salman said the increase will be “barely felt.” Still, significant downside risk remains, largely revolving around the potential hit to demand from the coronavirus and renewed closures.

U.S. gasoline demand eases back. U.S. gasoline demand fell 5 percent last week, the second consecutive week of declines. “Normally this two-week period would have been the peak demand period and we didn’t get it,” said John Kilduff, partner at Again Capital in New York. “The recovery has been unwinding.”

Eni to exit oil refineries. Eni (NYSE: E) said that it would pivot away from conventional oil refineries and instead invest in greener biorefineries. “Instead of slowing down, we see COVID as a reason to accelerate the transition to low-carbon energy,” Chief Executive Officer Claudio Descalzi said. 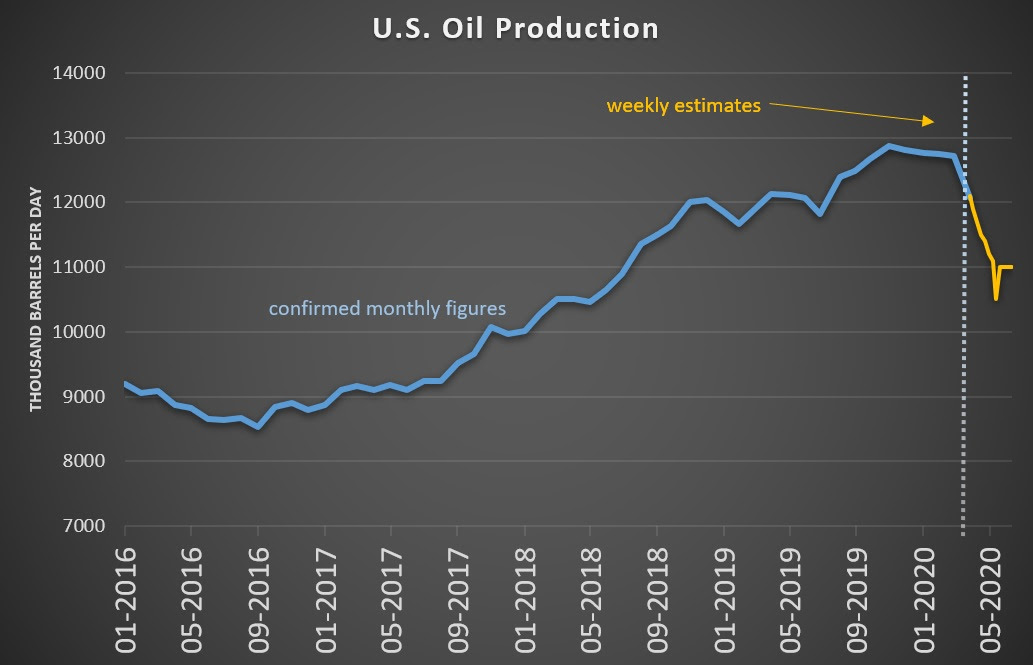 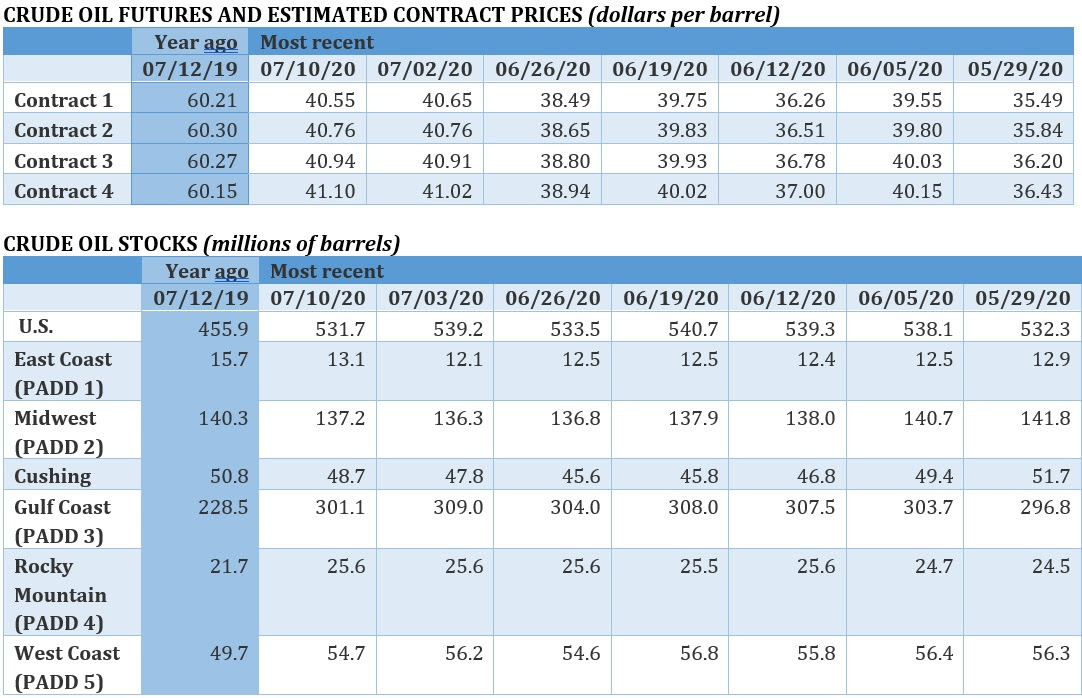 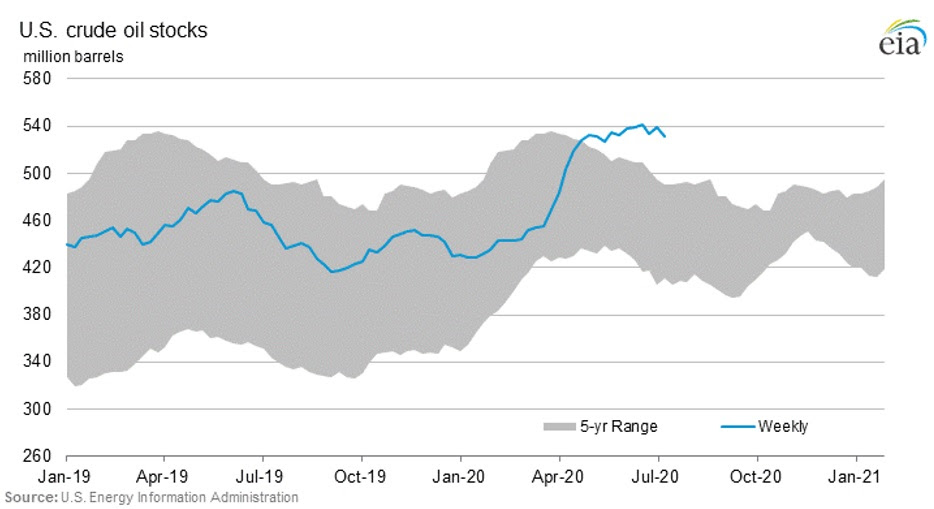 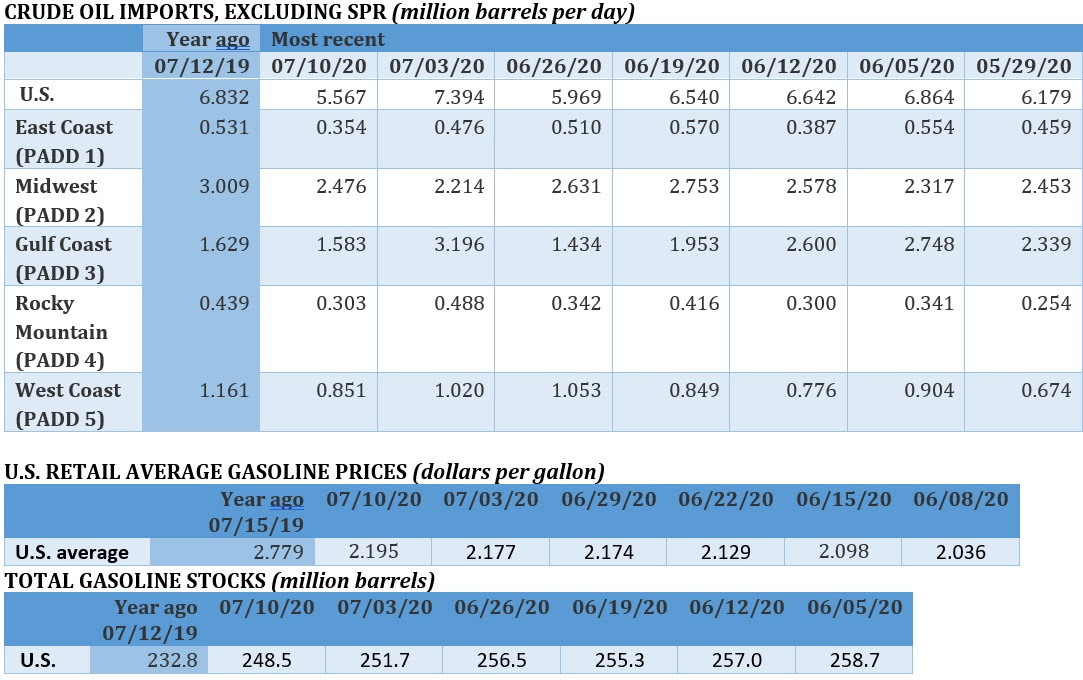 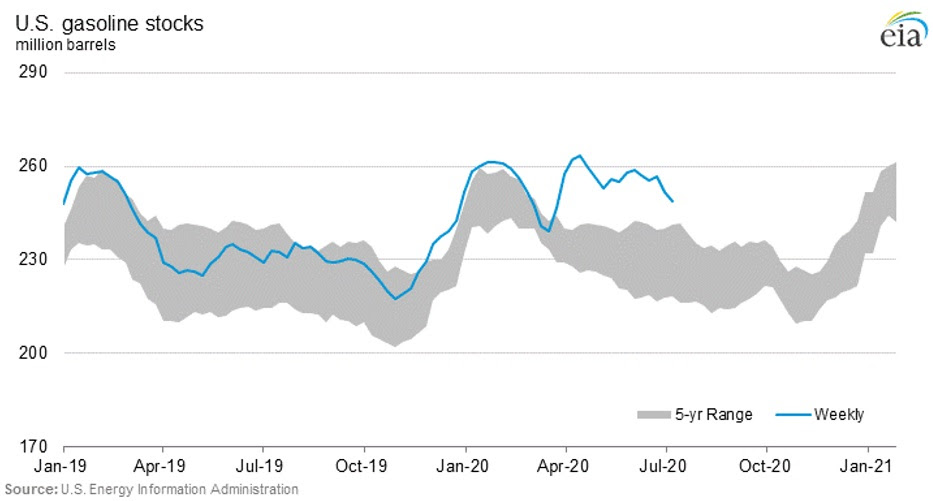 China’s oil imports may fall back. China imported a record amount of crude in May, but those oil flows fell back a bit in June, although remained above year-ago levels. The surge in imports filled up inventories, which may presage a slowdown in further imports.

New subsidies accelerate EV sales in Germany. New subsidies for EVs in France and Germany have boosted sales. In Germany, an EV fetches a 9,000-euro subsidy. “There are a lot of attractive offers right now because of higher subsidies, and that’s boosting demand,” an analyst with BloombergNEF said. “The EU is pushing toward decarbonizing transport, and the coronavirus crisis has allowed them to accelerate that.”

More than 200 Pemex workers die of COVID. Pemex has the highest workplace death toll from Covid-19 than any other company in the world (not just among oil companies). An estimated 202 have died from the virus, a total that only the UK National Health Service – which isn’t a company – has surpassed.

Total seeks buyer for North Sea gas pipeline. Total (NYSE: TOT) is looking to unload its 25.7 percent stake in the Shearwater Elgin Area Line, which it hopes will generate $200 million.

Exxon and other oil giants set carbon target. ExxonMobil (NYSE: XOM), Saudi Aramco, CNPC, and other oil giants as part of the Oil and Gas Climate Initiative (OGCI) pledged to lower the carbon intensity of their operations. However, the target is not an absolute measurement, so the group in theory could still increase emissions so long as the carbon intensity per barrel declines.

Judge vacates Trump admin’s methane rule rescission. The Bureau of Land Management’s effort at scrapping Obama-era methane regulations was vacated by a federal judge. The rule limits methane from oil and gas operations on federal lands. The Obama-era rule will go back into effect, although the judge agreed to a 90-day stay.

Sec. of State Pompeo tightens sanctions on Nord Stream 2. The State Department closed a loophole in its sanctions policy on the Nord Stream 2 pipeline, subjecting more European companies to the sanctions. “It’s a clear warning to companies aiding and abetting Russia’s malign-influence projects it will not be tolerated,” Pompeo said. “Get out now, or risk the consequences.” The pipeline is close to being completed.

EU identifies 1,000 “shovel-ready” green projects. The EU is eyeing a 750-billion-euro green stimulus, and there are more than 1,000 specific projects ready to go within two years, according to Reuters. For instance, one possibility is a gigafactory for lithium-ion batteries in Poland; another would retrofit buildings in Paris.

$23 billion in clean energy investment at risk. A total of 31 GW and $23 billion worth of investment is at risk of disappearing over the next 18 months due to the pandemic.