A Bullish End To The Year For Oil Markets

Oil finishes the year on a bullish streak, U.S. shale begins to struggle

By OILPRICE.COM
Oil seems set to close out the year on a high note. Oil prices are roughly 30 percent higher than they were at the start of the year, although 12 months ago saw a sudden and steep downturn. Still, WTI rose above $61 in recent days, and investors are more bullish than they have been in months. That does not mean that the downside risks have gone away – the IEA still sees a supply surplus in the first quarter – but there is now hope that the market is closer to balance than it has been in a long time.
Shale closes out great/lousy decade. The U.S. shale industry closes the door on a wild decade, complete with record production levels, but also widespread financial wreckage. The growth-at-all-costs business model just won’t cut it in the 2020s, Liam Denning says for Bloomberg Opinion.
2019 shale hype came to an end. After a decade of ups and downs, 2019 may turn out to be a pivotal year – investors began to turn their backs on the shale industry, after repeatedly placing larger and larger bets on the hope that the industry would eventually become profitable. That doesn’t mean that financing has entirely dried up, but in addition to financial hurdles, drillers are also facing rising scrutiny over climate change, which is starting to affect decision-making at big banks.
China launches energy exchange. China plans to launch an energy exchange that will make buying and selling energy-related products much easier. But the exchange will also increase—to the worry of many—China’s geopolitical foothold in new markets.
Oil industry takes another look at Africa. There has been an uptick in interest in offshore oil drilling in Gabon, an indication that Africa could become a prime drilling spot in the 2020s.
2020: The Year of the Electric Car. Automotive analysts say that 2020 could be the year of the electric car due to a wave of new EV models that will hit showrooms. In Europe, the number of EV models available will rise from 100 to 175 by the end of the year. That will rise to 330 by 2025. Analysts say that the market share for EVs could rise from 3.4 to 5.5 percent of all cars sold. 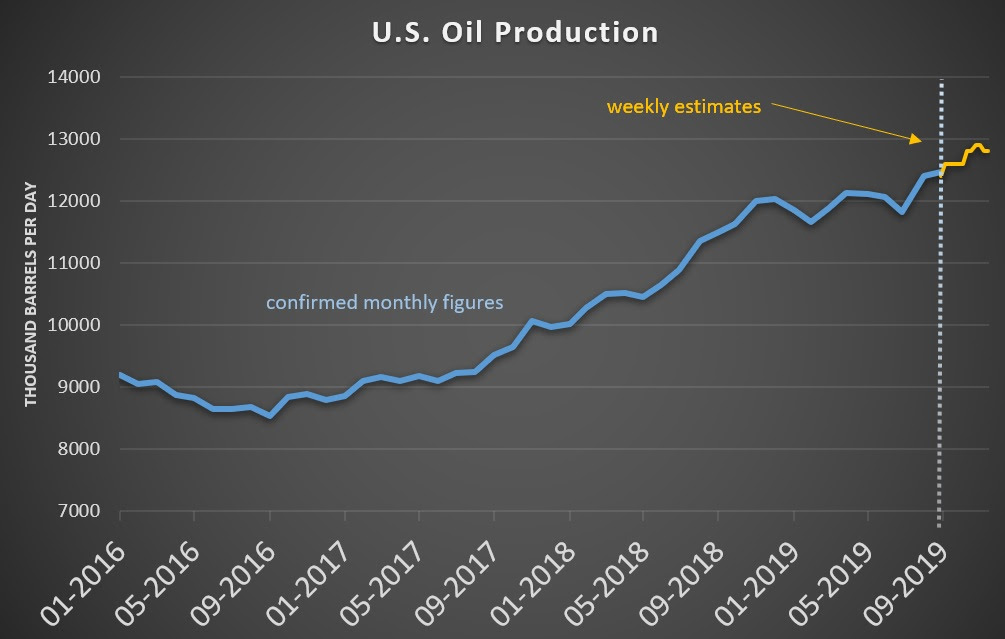 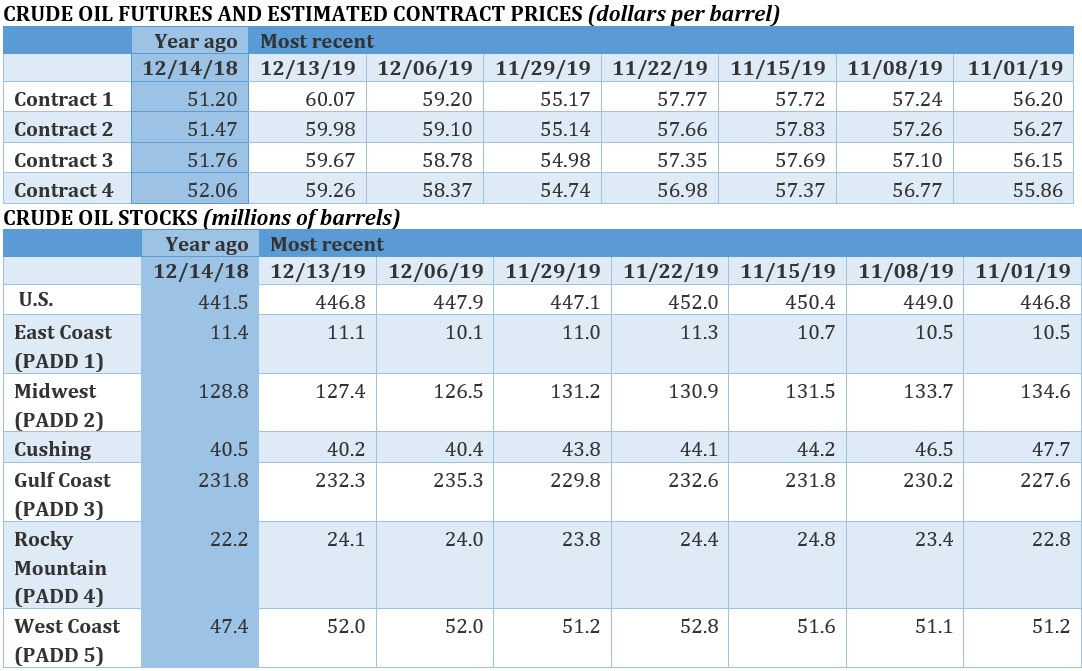 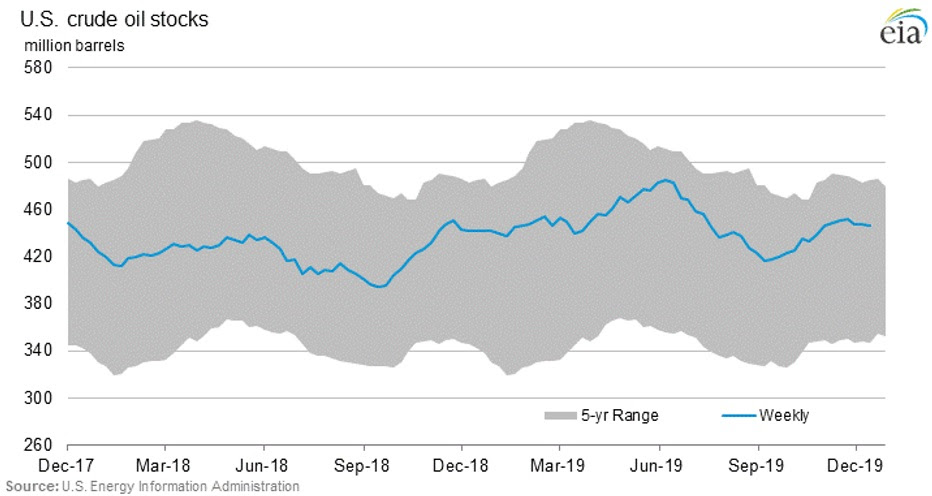 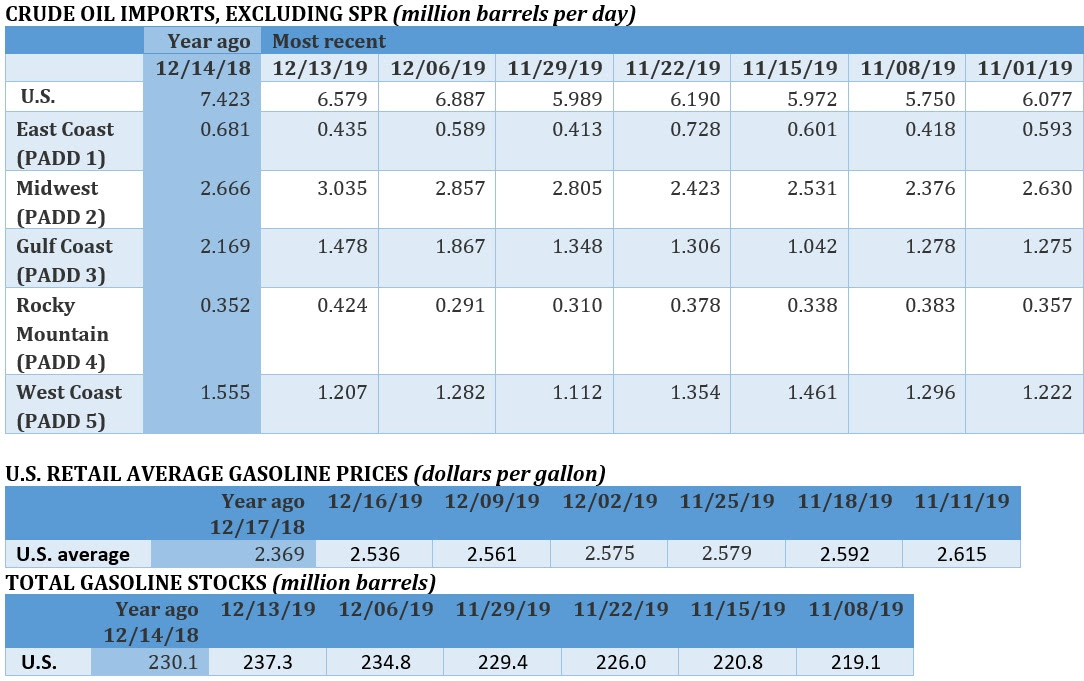 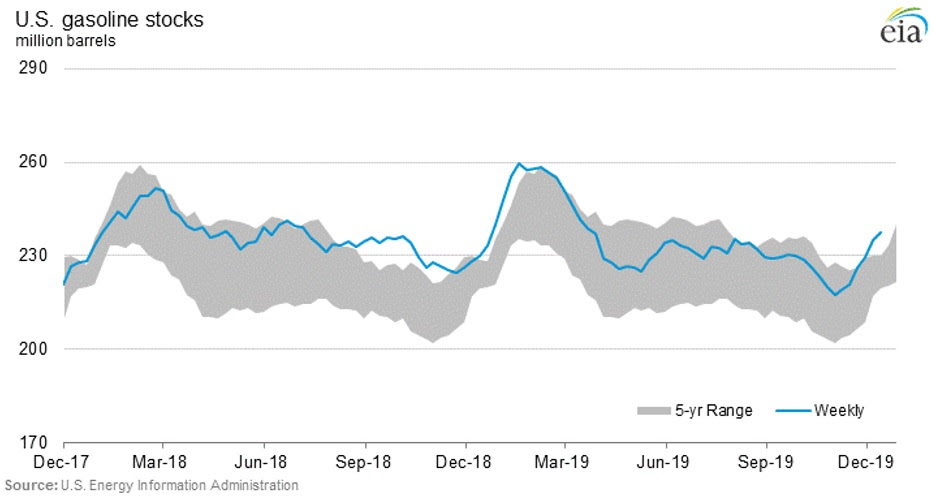 LNG bubble to force shake out. There is a growing consensus that the window for major independent LNG export projects is closing, which means that 2020 could be a shakeout year for the sector. “It’s getting late. It’s getting dark. It’s much tougher,” Michael Webber, an independent LNG analyst and managing partner of Webber Research & Advisory, told S&P Global Platts. “Liquidity issues are going to have real teeth to them next year. The rubber will meet the road for a lot of these projects.” Chinese tariffs on U.S. LNG could also delay project sanctioning.

Goldman Sachs: Buy Chevron and ConocoPhillips. Goldman Sachs issued an investment note describing why they have a Buy rating for Chevron (NYSE: CVX) and ConocoPhillips (NYSE: COP). Chevron offers positive cash flow and exposure to the Neutral Zone oil fields along the Saudi/Kuwait border, which may soon restart. Conoco has oil producing assets in Alaska, which offers strong margins for Pacific refineries. Meanwhile, Goldman gave ExxonMobil (NYSE: XOM) a Neutral rating, noting the positive development in Guyana, but the headwinds for its downstream and natural gas assets.

Electric buses and trucks in California threaten CNG market. The 2018 mandate for electric buses in California could be followed by another one for trucks. The development “has not yet received much investor attention,” according to Raymond James. For suppliers of CNG, such as Clean Energy Fuels Corp. (NASDAQ: CLNE), “fleet electrification represents a structural, long-term headwind,” the bank said.

2020: Strong non-OPEC supply growth. While the U.S. has accounted for virtually all of non-OPEC supply growth in recent years, there is “some kind of awakening” occurring now that will likely see increases from elsewhere in 2020, according to JBC Energy. Norway, Brazil and Guyana will ramp up new projects in 2020. Non-OPEC countries outside of the U.S. have 820,000 bpd in the pipeline. 2020 is expected to be the strongest year-on-year growth outside of OPEC in 15 years.

Big investors swallow up unwanted natural gas assets. The U.S. shale gas industry is in the doldrums, but investors with deep pockets are buying up assets on the cheap. Dallas Cowboys owner Jerry Jones invested more than $1 billion in Comstock Resources (NYSE: CRK), which is targeting the Haynesville shale. There are a handful of other similar examples, which amount to bets that some companies will survive the shake out. “Having deep pockets willing to step into the fourth quarter of a gas bloodbath creates unique opportunities that appear late cycle when traditional capital is exhausted,” SunTrust Robinson Humphrey analysts wrote in a recent note. Tudor Pickering summed it up: “The punch line is simple,” the analysts wrote, “survive in 2020 to thrive in 2023.”