MARTHA LEAH NANGALAMA – Ugandans who are not familiar with this story, here is a bit of information.

The Akasha brothers were among the most dangerous and big drug cartel in Africa (Kenya). They made a plea deal with prosecution to disclose all their past crimes including murders. On that deal, they also had to disclose their collaborators.
Gen. Salim Saleh’s wife was named as their collaborator in Uganda. We will not see Saleh on the 2021 ballot. 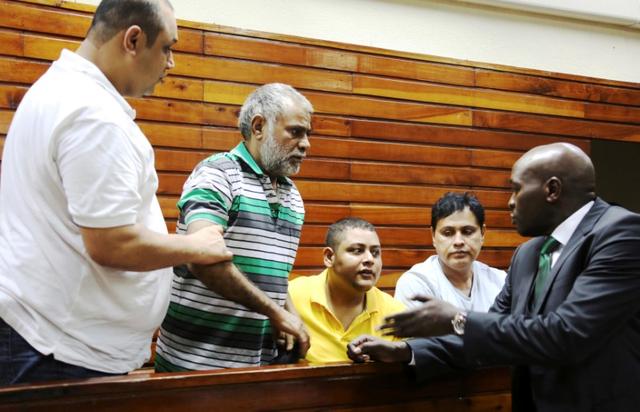 NEW YORK (Reuters) – A U.S. judge on Friday sentenced Ibrahim Akasha, once a member of Kenya’s Akasha drug trafficking organization, to 23 years in prison after he pleaded guilty to trafficking heroin and methamphetamine and other crimes.

The sentence, imposed by U.S. District Judge Victor Marrero in Manhattan federal court, was a victory for prosecutors, who had argued that Akasha had been a top lieutenant to his brother Baktash Akasha, the Akasha organization’s former leader, who was sentenced to 25 years in prison last August.

Assistant U.S. Attorney Jason Richman on Friday urged Marrero to give Ibrahim Akasha a similar sentence, saying he had acted as his brother’s “right hand man” and had “engaged in extreme violence.”

Ibrahim Akasha’s attorney, Dawn Cardi, argued that her client had a much lesser role than his brother and sought a sentence of 10 years. She noted that Ibrahim Akasha, now 31, was just 10 years old when his father died and his older brother took control of the organization.

Cardi also said there was “never a scintilla of evidence” that the Akashas intended to traffic any drugs into the United States until U.S. authorities lured them with a sting operation.

Ibrahim Akasha professed remorse in court before he was sentenced and asked Marrero to show “mercy” so he could return to his three children.

“I would like to take the time to apologize to the families who were destroyed due to my dealings in drugs,” he said.

Under Akasha’s plea deal, the sentence cannot be appealed.

“I thought the sentence was outrageous and totally unwarranted given the role that this young man played in this case,” Cardi said after the sentencing hearing.

The Akasha brothers were arrested in Mombasa, Kenya, in November 2014 in a U.S.-led sting operation, in which authorities said they provided 99 kilograms (218 lbs) of heroin and two kilograms of methamphetamine to DEA informants posing as drug traffickers.

Two other men, Gulam Hussein, a Pakistani, and Vijaygiri Goswami, an Indian, were also arrested and charged with taking part in the scheme. Goswami went on to cooperate with U.S. authorities, court papers show.

A fifth defendant accused of working with the Akasha organization, Muhammad Asif Hafeez, was arrested in London in August 2017. The United States has requested his extradition.