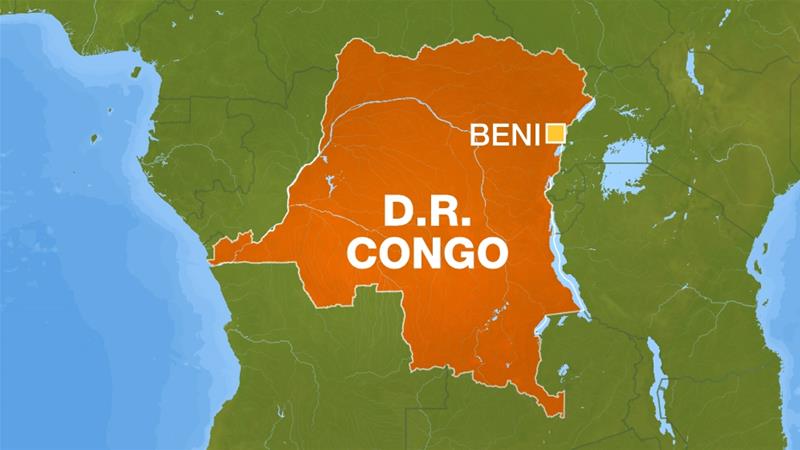 Congolese forces have killed 26 rebels from a group thought to be linked to the Islamic State of Iraq and the Levant (ISIL or ISIS), while repelling an attack in the country’s east Ebola zone, the army has said.

The exchange in fire took place on Thursday in a village near the city of Beni, an area where more than a dozen different militia groups and associated armed gangs operate, and the epicentre of the Democratic Republic of Congo‘s worst-ever Ebola epidemic.

The army’s spokesman for east Congo, General Leon-Richard Kasonga, said fighters from the Allied Democratic Forces (ADF) attacked a position in Ngite village and that soldiers returned fire and pursued them.

“Twenty-six rebels were neutralised by the army, and their bodies recovered,” he told reporters in Goma.

The ADF has never claimed allegiance to ISIL, but witnesses said the Congolese group carried out an attack last month in nearby Bovata, which ISIL claimed.

ISIL described that attack as its first in what it called the “Central Africa Province” of the “Caliphate” – the name it gave to the area of Syria and Iraq that it controlled for several years from 2014.

The ADF arose in western Uganda in 1995 under the leadership of Jamil Mukulu, a Christian-turned-Muslim.

Forced out of Uganda, it operates in the border area in the DRC’s North Kivu province, an area where other armed groups are also active.

It has been blamed for recruiting and using child soldiers, killing hundreds of civilians since 2014, as well as 15 Tanzanian peacekeepers who died in an attack in December 2017.

Rival armed groups remain active in pockets of east Congo long after the official end of a 1998-2003 war in which millions of people died, mostly from hunger and disease.

Insecurity around Beni is also undermining efforts to contain the Ebola epidemic, the second worst outbreak in history, which has killed close to 1,300 people since August.

Last month, fighters attacked a hospital in the nearby city of Butembo and killed a Cameroonian doctor working for the World Health Organization.