Did Neanderthals go to war with our ancestors? 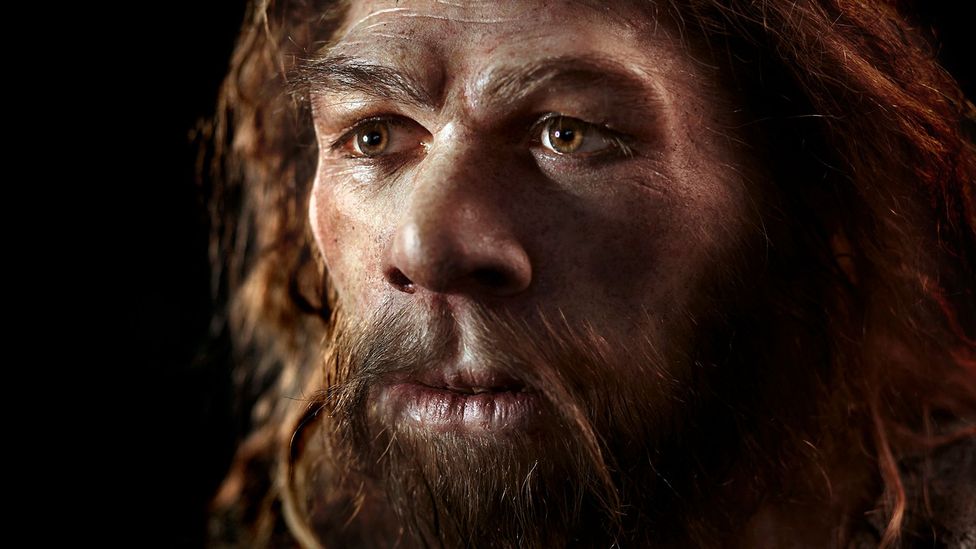 By Nicholas R Longrich, From The Conversation

Exactly why the Neanderthals died out 40,000 years ago is still greatly debated, but evolutionary biologist Nicholas Longrich looks at the evidence for a war between them and modern humans.

Around 600,000 years ago, humanity split in two. One group stayed in Africa, evolving into us. The other struck out overland, into Asia and then Europe, becoming Homo neanderthalensis – the Neanderthals. They weren’t our ancestors (with the exception of a little interbreeding), but a sister species, evolving in parallel.

Neanderthals fascinate us because of what they tell us about ourselves – who we were, and who we might have become. It’s tempting to see them in idyllic terms, living peacefully with nature and each other. If so, maybe humanity’s ills – especially our territoriality, violence, wars – aren’t innate, but modern inventions.

Biology and palaeontology, however, paint a darker picture. Far from peaceful, Neanderthals were likely skilled fighters and dangerous warriors, rivalled only by modern humans.

Predatory land mammals are territorial, especially pack-hunters. Like lions, wolves and our own species Homo sapiens, Neanderthals were cooperative big-game hunters. Other predators, sitting atop the food chain, have few predators of their own, so overpopulation drives conflict over hunting grounds. Neanderthals faced the same problem – if other species didn’t control their numbers, conflict would have.

This territoriality has deep roots in humans. Territorial conflicts are also intense in our closest relatives, chimpanzees. Male chimps routinely gang up to attack and kill males from rival bands, a behaviour strikingly like human warfare. This implies that cooperative aggression evolved in a common ancestor of chimps and ourselves, at least seven million years ago. If so, Neanderthals will have inherited these same tendencies towards cooperative aggression. 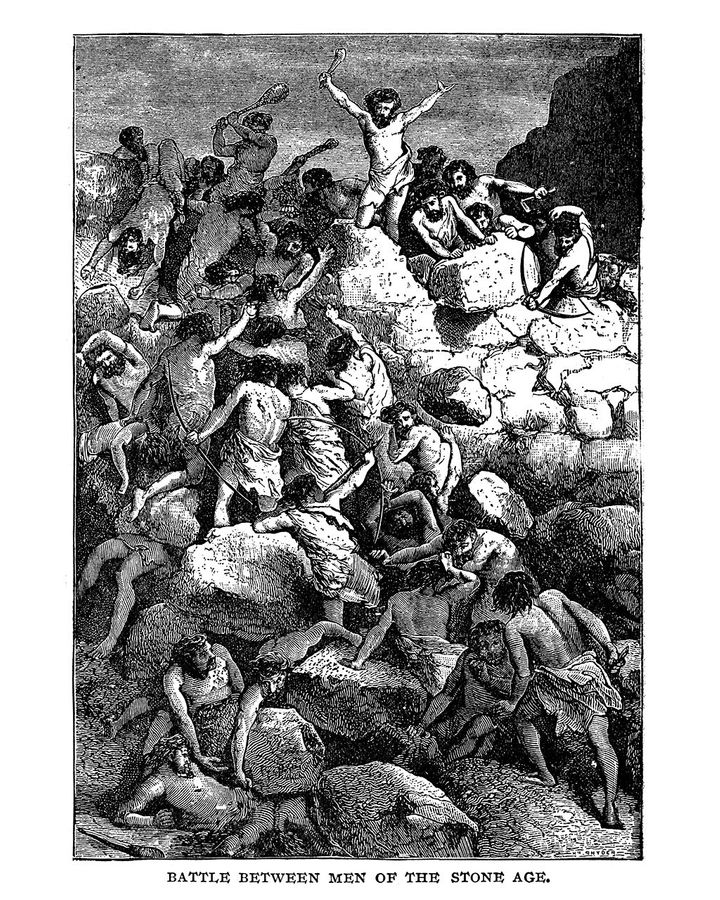 Even since the earliest discoveries of Neanderthal remains there have been theories that they were war-like (Credit: Getty Images)

Warfare is an intrinsic part of being human. War isn’t a modern invention, but an ancient, fundamental part of our humanity. Historically, all peoples warred. Our oldest writings are filled with war stories. Archaeology reveals ancient fortresses and battles, and sites of prehistoric massacres going back millennia.

The archaeological record confirms Neanderthal lives were anything but peaceful.

Neanderthalensis were skilled big game hunters, using spears to take down deer, ibex, elk, bison, even rhinos and mammoths. It defies belief to think they would have hesitated to use these weapons if their families and lands were threatened. Archaeology suggests such conflicts were commonplace.

Some injuries could have been sustained in hunting, but the patterns match those predicted for a people engaged in intertribal warfare

Prehistoric warfare leaves tell-tale signs. A club to the head is an efficient way to kill – clubs are fast, powerful, precise weapons – so prehistoric Homo sapiens frequently show trauma to the skull. So too do Neanderthals.

Another sign of warfare is the parry fracture, a break to the lower arm caused by warding off blows. Neanderthals also show a lot of broken arms. At least one Neanderthal, from Shanidar Cave in Iraq, was impaled by a spear to the chest. Trauma was especially common in young Neanderthal males, as were deaths. Some injuries could have been sustained in hunting, but the patterns match those predicted for a people engaged in intertribal warfare – small-scale but intense, prolonged conflict, wars dominated by guerrilla-style raids and ambushes, with rarer battles.

War leaves a subtler mark in the form of territorial boundaries. The best evidence that Neanderthals not only fought but excelled at war, is that they met us and weren’t immediately overrun. Instead, for around 100,000 years, Neanderthals resisted modern human expansion.

Why else would we take so long to leave Africa? Not because the environment was hostile but because Neanderthals were already thriving in Europe and Asia.

It’s exceedingly unlikely that modern humans met the Neanderthals and decided to just live and let live. If nothing else, population growth inevitably forces humans to acquire more land, to ensure sufficient territory to hunt and forage food for their children. But an aggressive military strategy is also good evolutionary strategy. 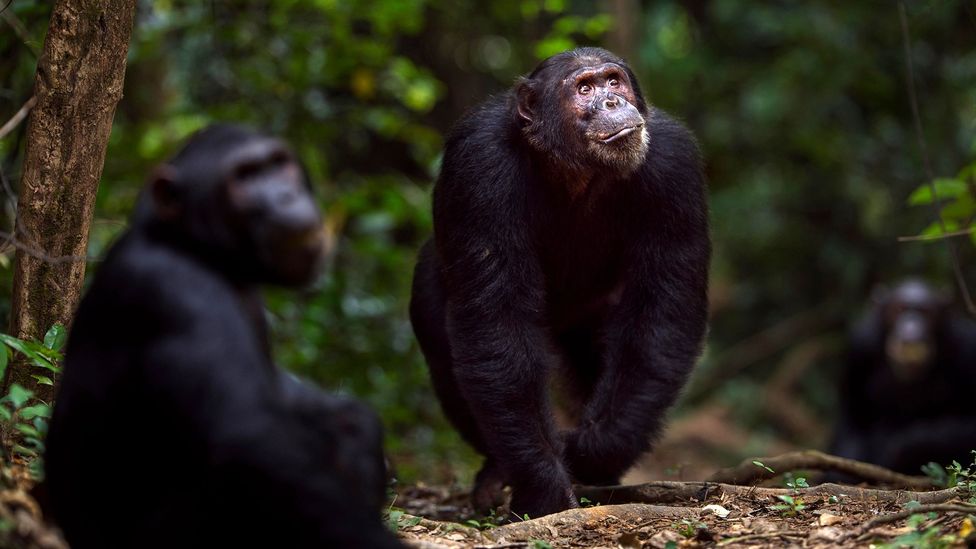 Neanderthals probably had tactical and strategic advantages. They’d occupied the Middle East for millennia, doubtless gaining intimate knowledge of the terrain, the seasons, how to live off the native plants and animals. In battle, their massive, muscular builds must have made them devastating fighters in close-quarters combat. Their huge eyes likely gave Neanderthals superior low-light vision, letting them manoeuvre in the dark for ambushes and dawn raids. 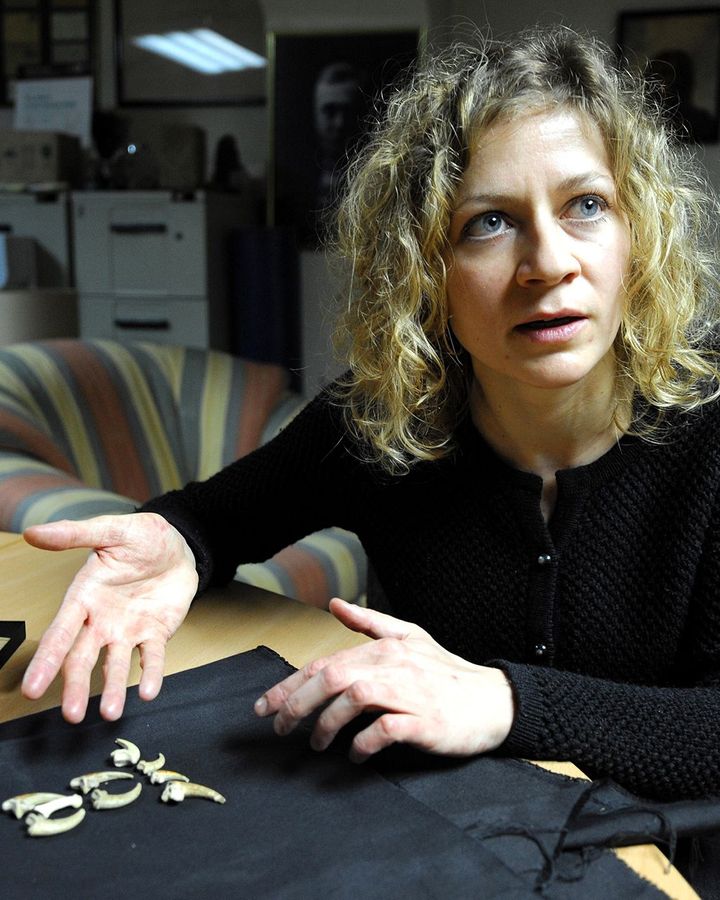 Recent discoveries have shown that the Neanderthals had a sophisticated culture, even making jewellery out of eagle talons and art (Credit: AFP/Getty Images)

This wasn’t a blitzkrieg, as one would expect if Neanderthals were either pacifists or inferior warriors, but a long war of attrition. Ultimately, we won. But this wasn’t because they were less inclined to fight. In the end, we likely just became better at war than they were.

This article originally appeared on The Conversation, and is republished under a Creative Commons licence.

* Nicholas R. Longrich is a senior lecturer in evolutionary biology and palaeontology at the University of Bath, UK.

Did you find apk for android? You can find new Free Android Games and apps.
Sharing is caring:
education, History, Long Read History, Long Read, Education Comments Off on Did Neanderthals go to war with our ancestors? Print this News