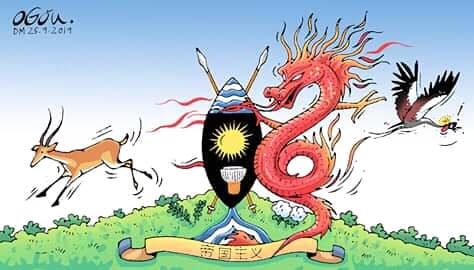 China Leads FDI Recovery in Uganda With About Half of Investment

(Bloomberg) — Terms of Trade is a daily newsletter that untangles a world embroiled in trade wars. Sign up here.

China was the leading source of planned foreign direct investment in the year ended-June, leading a recovery in the value of project approvals in Uganda.

Chinese companies accounted for $607.3 million, or 45%, of the total planned investment projects cleared in the past financial year, the Uganda Investment Authority acting Director-General Lawrence Byensi said in an emailed statement.

Local companies accounted for about a quarter of the $1.35 billion projects, signaling a recovery from $876.8 million a year earlier, he said. Investment worth $1.67 billion received regulatory go-ahead in 2016-17, he added.

Lebanon, India and the United Arab Emirates were the other major sources of investment in the year, Byensi said. Construction accounted for 31.8%, followed by manufacturing and agriculture, forestry and fisheries sector, Byensi said. Approved projects rose to 286 from 247 in 2017-18, he said.

To contact the reporter on this story: Fred Ojambo in Kampala at fojambo@bloomberg.net

To contact the editors responsible for this story: Paul Richardson at pmrichardson@bloomberg.net, Helen Nyambura, Eric Ombok

Did you find apk for android? You can find new Free Android Games and apps.
Sharing is caring:
business, UGANDA Uganda, Business Comments Off on China Leads Foreign Direct Investment Recovery in Uganda With About Half of Investment Print this News