CHINA: Dissident dies in custody after being charged with “picking quarrels and provoking trouble,”

Human rights advocates are calling for an investigation into the death of a Chinese activist, arrested after holding up a placard calling for Chinese leader Xi Jinping to step down.

Wang Meiyu, 38, was detained in July after he stood outside the Hunan provincial police department holding a sign that called on Xi and Chinese premier Li Keqiang to resign and implement universal suffrage in China. He was later charged with “picking quarrels and provoking trouble,” a vague offence often given to dissidents.

According to Wang’s mother and lawyer, he died on Monday. Wang’s wife Cao Shuxia received a call from police notifying her that her husband had died at a military hospital in the city of Hengyang where he had been held. The police officer on the phone did not offer any explanation of the cause of death.

According to Minsheng Guancha, a Chinese human rights group, Cao was later able to see Wang’s body and saw he was bleeding from his eyes, mouth, ears and nose and there were bruises on his face.

“The Chinese government must investigate allegations of torture and the death in detention of human rights activist Wang Meiyu and hold the perpetrators of torture and extrajudicial killing criminally accountable,” the Chinese Human Rights Defenders (CHRD) said in a statement.

According to Radio Free Asia, Cao said police pressured her to accept their statement that Wang’s death had been an accident but she refused. An officer at the Hengyang police station said he could not comment on the case. Wang’s mother told the Guardian the family has been offered compensation of more than 2 million yuan (about $220,000).
Advertisement

“Giving compensation without an investigation or criminal accountability for the perpetrator is not true redress nor will it effectively prevent torture,” said Frances Eve, deputy director of research at CHRD.

“Especially when a family has effectively been held hostage and thus likely coerced into giving up claims for investigation for the compensation.”

Wang’s death follows after those of other activists including grassroots lawyer Ji Sizun, who died in police custody in July, Uighur scholar Muhammad Salih Hajim who died last year. Nobel laureate winner Liu Xiaobo who was denied cancer treatment died in 2017 while serving an 11-year-prison sentence and activist Cao Shunli died in 2014, detained after attempting to attend a UN session on human rights in China.

Since Monday, Wang’s family has been placed under house arrest, according to CHRD. He has two young children. Others connected to his case have also come under pressure. Late on Wednesday, six armed police detained Xie Yang, a rights lawyer, and Chen Yanhui, an activist, who had met at a hotel to discuss Wang’s case. They were released on Thursday. 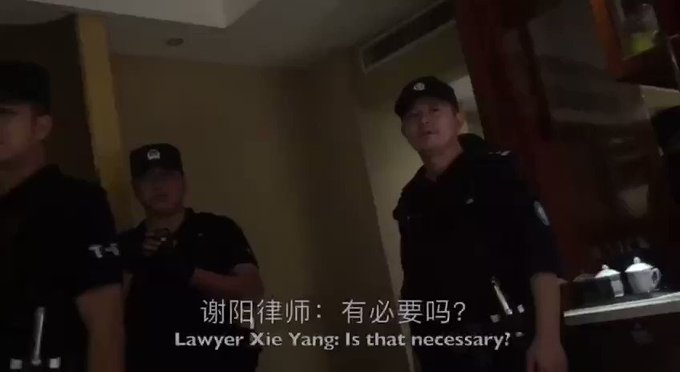 Wang, who began his work as an activist when his home was forcibly demolished, has been detained and claimed to have suffered torture before.

In 2018 after he held up the placard calling for Xi’s resignation, he wrote online of how police stormed into his home, ordering him to write a confession letter and a statement promising he would stop.

“These idiots. They can’t understand that even after these years of persecution, including being deprived of water for three days or suffering two hours of electrical needles that caused me to vomit blood, I won’t surrender.”

Did you find apk for android? You can find new Free Android Games and apps.
Sharing is caring:
CHINA, human rights, world news Human Rights, China, World News Comments Off on CHINA: Dissident dies in custody after being charged with “picking quarrels and provoking trouble,” Print this News