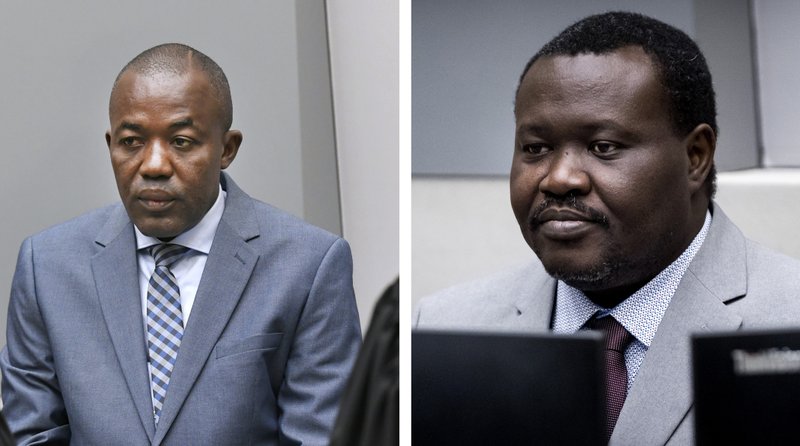 he International Criminal Court announced Wednesday that two alleged leaders of a predominantly Christian militia involved in a bitter conflict with Muslim forces in the Central African Republic must stand trial on charges of war crimes and crimes against humanity.

Patrice-Edouard Ngaissona and Alfred Yekatom are suspected of involvement in crimes including murder, rape, persecution, torture and deliberately attacking civilians.

Both men are accused of involvement in the crimes in their roles as senior leaders in the anti-Balaka militia. They have not entered pleas.

Judges who studied prosecution evidence to assess if it is strong enough to merit sending the men for trial rejected some charges sought by prosecutors for lack of evidence.

At a hearing in September, prosecutors said the crimes followed atrocities by Muslim forces known as the Seleka as they seized power in the Central African Republic in 2013, forcing President Francois Bozize to flee into exile.

The interreligious violence left thousands dead and displaced hundreds of thousands more. Mosques, shops and homes were looted and destroyed.

According to the prosecution, Ngaissona was an influential leader of the anti-Balaka group and Yekatom a military leader who called himself Rambo and commanded thousands of fighters drawn from the ranks of local self-defense groups.

Ngaissona was chief of the Central African Republic’s soccer federation when he was arrested last year in Paris on an ICC warrant. Both suspects are in custody at the court’s detention center.

No trial date was immediately set. Defense lawyers for both men can seek authorization from the court to appeal the decision sending them for trial.

The government of the Central African Republic asked the ICC in 2014 to investigate crimes allegedly committed by both the Seleka and the anti-Balaka. So far, no Seleka fighters have been publicly targeted by the court’s chief prosecutor, Fatou Bensouda.

Elise Keppler, Associate Director of Human Rights Watch’s International Justice Program, welcomed the announcement as “a significant step for victims of crimes committed by anti-Balaka forces, which include widespread killings, rapes and forced displacement. The case should be the first of more cases involving anti-Balaka leaders implicated in these crimes.”

But she added that the decision “underscores the lack of ICC charges against any Seleka forces, which also bear responsibility for extensive atrocities committed in the Central African Republic, and this should be addressed without delay.”