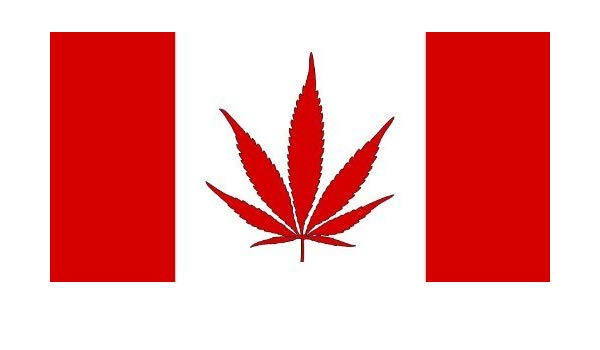 TORONTO – After a hard-fought campaign, Liberal Leader Justin Trudeau has managed to hold on to power, winning a minority government.

CTV News has declared that the Liberals are the victors of the 2019 federal election, but will be coming out of this campaign with fewer seats than they had going in, and a new requirement to collaborate with the opposition parties.

After four years of mixed results delivering on his promises and a series of controversies that threw into question the sleeves-rolled-up leader’s commitment to doing politics differently, Trudeau is heading back to Ottawa to attempt to govern for another four years, though minority parliaments historically don’t last that long.


With polls in all provinces and territories now closed and results continuing to stream in from across the country, the Liberals have maintained their early lead but are not projected to secure the 170 seats needed to hold the majority of the 338 seats in the House of Commons.

That means conversation will soon shift to how the remaining seats fall and where the Liberals will have to look to find support in a hung Parliament in order to advance their agenda, which includes billions in new spending on students, families, and the environment; imposing a ban all military-style assault rifles; committing Canada to net zero emissions by 2050; and imposing higher taxes on the wealthiest and new regulations for multinational tech giants.

It’s been a tight 40-day campaign that saw leadership, affordability issues and the environment become central themes against a backdrop of divisive politicking. When he called the election on Sept. 11, Trudeau immediately framed the campaign as a chance for forward progress, while his opponents quickly got to work positioning themselves as ready alternatives in what they hoped would be a referendum on his tenure as prime minister. In some ridings it may have been, with veteran Liberal MP Ralph Goodale losing the only seat the party held in Saskatchewan.

Goodale congratulated Trudeau on forming the next government, calling it “a very important national victory,” but recognized that it will “of course, be a very different Parliament, a very challenging Parliament.”

Trudeau cast his ballot this morning in his riding of Papineau, Que., where he was joined by his wife and children, and tonight he is watching the results roll in at the Palais des congres de Montreal. He is expected to speak with supporters in the coming hours about tonight’s win.

This outcome is not what Conservative Leader Andrew Scheer and his party had campaigned for, framing itself as the best choice for Canadians who want to “get ahead,” and who think Trudeau has taken the country in the wrong direction or has not lived up to the leader he billed himself as. Deputy Conservative Leader Lisa Raitt has lost her seat, remarking to supporters in her Ontario riding that it was not the result her party wanted, but predicted that the Liberals won’t manage to maintain the confidence of the House of Commons for a four-year mandate.

With days to go in the campaign, Scheer told CTV News Chief Anchor and Senior Editor Lisa LaFlamme that the party who wins the most seats should have the right to govern, so all eyes will be on his reaction to tonight’s outcome, from his Conservative election night headquarters in Regina, Sask.

Early results also showed that while the Liberals are winning the most seats, the Conservatives were leading in the popular vote, which could remain the case by the end of the night even with a Liberal win, given the nature of the first-past-the-post electoral system.

Throughout the campaign — which kicked off on Sept. 11 — the polls had placed Trudeau and Scheer neck-and-neck. Midway through the race NDP Leader Jagmeet Singh and Bloc Quebecois Leader Yves-Francois Blanchet’s campaigns picked up traction and now all eyes are on how many seats they land as that could dictate the kind of power they will hold in this coming minority government situation.

Singh, who is watching the results roll in from his election night party in Vancouver, started the campaign all but counted out. Though his prospects improved after some strong debate performances and social media strategy, and recognition for his reaction when faced with racism on the trail.

Blanchet has surprised many in this campaign, emerging as a real contender in Quebec, destabilizing the gains the other parties were looking to make there. Blanchet is watching the results from Montreal.

Already, Green Party Leader Elizabeth May has picked up a new seat for her party in New Brunswick. To send more members of her party to the House of Commons, May, who is watching the results from Victoria, B.C. has been banking on Canadians prioritizing climate change, and attracting those disaffected Liberal and NDP voters who want a new approach.

Meanwhile, People’s Party Leader Maxime Bernier has lost his seat. He began the campaign began with a vow to run candidates for his fledgling party in every riding across the country, but it doesn’t look like there will be a single elected member by the end of the night.

Midway through the night, Elections Canada had acknowledged a series of what appeared to be isolated instances of delays and other confusion at polling places though results in one riding, Thunder Bay-Rainy River, were delayed an hour because of a miscommunication over when polls close given the riding straddles two time zones.

As well Elections Canada received complaints about electors receiving robocalls, with misleading or wrong information about when to cast their ballots. These instances were flagged to the elections agency as happening in Nova Scotia, New Brunswick, and Quebec, though it was not something that appeared to be widespread.

It’s too soon to measure voter turnout on election day, but a record 4.7 million Canadians are estimated to have cast their ballots at advance polls, 111,300 electors cast ballots at early on-campus pilling places, and another 21,842 ballots from Canadians living abroad had been received by Elections Canada as of Friday.

While these metrics indicate higher turnout than in 2015, it’s still to be seen whether the discourse of this campaign—which saw each war room look to tarnish their opponents’ candidate rosters, and partisan attack lines shared at nearly every campaign stop—will have an impact.

Heading into the campaign the Liberals held 177 seats, the Conservatives had 95, the NDP held 39, the Bloc Quebecois had 10, and the Green Party had two seats. The 42nd Parliament also had eight independents as of dissolution.