CANADA: WE Charity not to admin federal student program, lays off workers 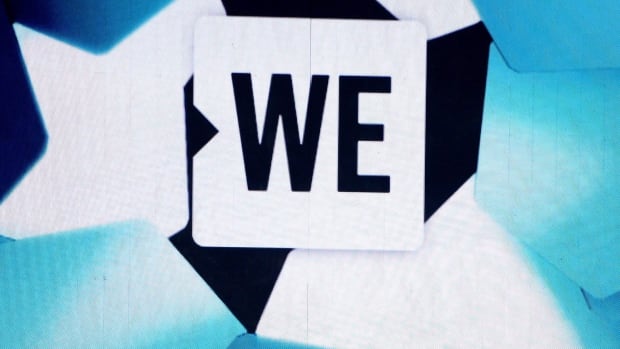 ‘With the government funding no longer available we had to make the incredibly difficult decision to end the contracts for those hired to deliver the CSSG program,’ WE Charity said in a statement Saturday. (Nathan Denette/The Canadian Press)

WE Charity laid off hundreds of contract workers who were brought in to administer the federal government’s Canada Student Service Grant, according to a statement from the charity on Saturday.

According to the Toronto Star, who first reported the story, WE Charity had hired 465 contract workers before the charity and Ottawa ended their partnership of the CSSG. Subsequently, WE Charity laid off 450 of them, while giving the other 15 full-time positions, the Star reported.

“With the government funding no longer available we had to make the incredibly difficult decision to end the contracts for those hired to deliver the CSSG program. Additional pay was given based on tenure, in addition to compensation for the time they had worked,” the charity said in a statement to CBC News.

Prime Minister Justin Trudeau and his government have been under fire since announcing on June 25 they were awarding a $19.5 million sole-source contract to WE Charity to administer the CSSG, a $912 million program offering grants of between $1,000 and $5,000 to post-secondary students in return for supervised volunteer hours.

The federal Ethics Commissioner has said he will investigate the decision to award the contract to WE. On Friday, the opposition Conservatives called for a criminal investigation into Trudeau and his ties to the WE Charity after CBC News and Canadaland reported that, despite initial claims, WE had financial dealings with some of Trudeau’s family members, most notably his mother Margaret and brother Alexandre.

As well, two members of Finance Minister Bill Morneau’s family have ties to WE Charity — one of them as a paid contract employee. Morneau did not recuse himself from the Liberal cabinet’s consideration of the contract for the charity, CBC News and Canadaland reported.

WE Charity said on July 3 it was pulling out of administering CSSG, citing the ongoing controversy surrounding it and the government’s decision to give the sole-source contract to WE. Trudeau said the federal government would take over the program.

“WE Charity made the decision to not take any of the funds that were allocated to pay for the work delivered for the CSSG program. All sunk costs and remaining payments to contractors and vendors are being paid for by WE Charity,” the charity said Saturday.

PM’s mother Margaret and brother Alexandre were both paid to speak at WE Charity events
Bill Morneau has family ties to WE Charity, did not steer clear of cabinet discussion of contract

Did you find apk for android? You can find new Free Android Games and apps.
Sharing is caring:
CANADA, corruption, world news, trudeau Corruption, Canada, Trudeau, World News Comments Off on CANADA: WE Charity not to admin federal student program, lays off workers Print this News