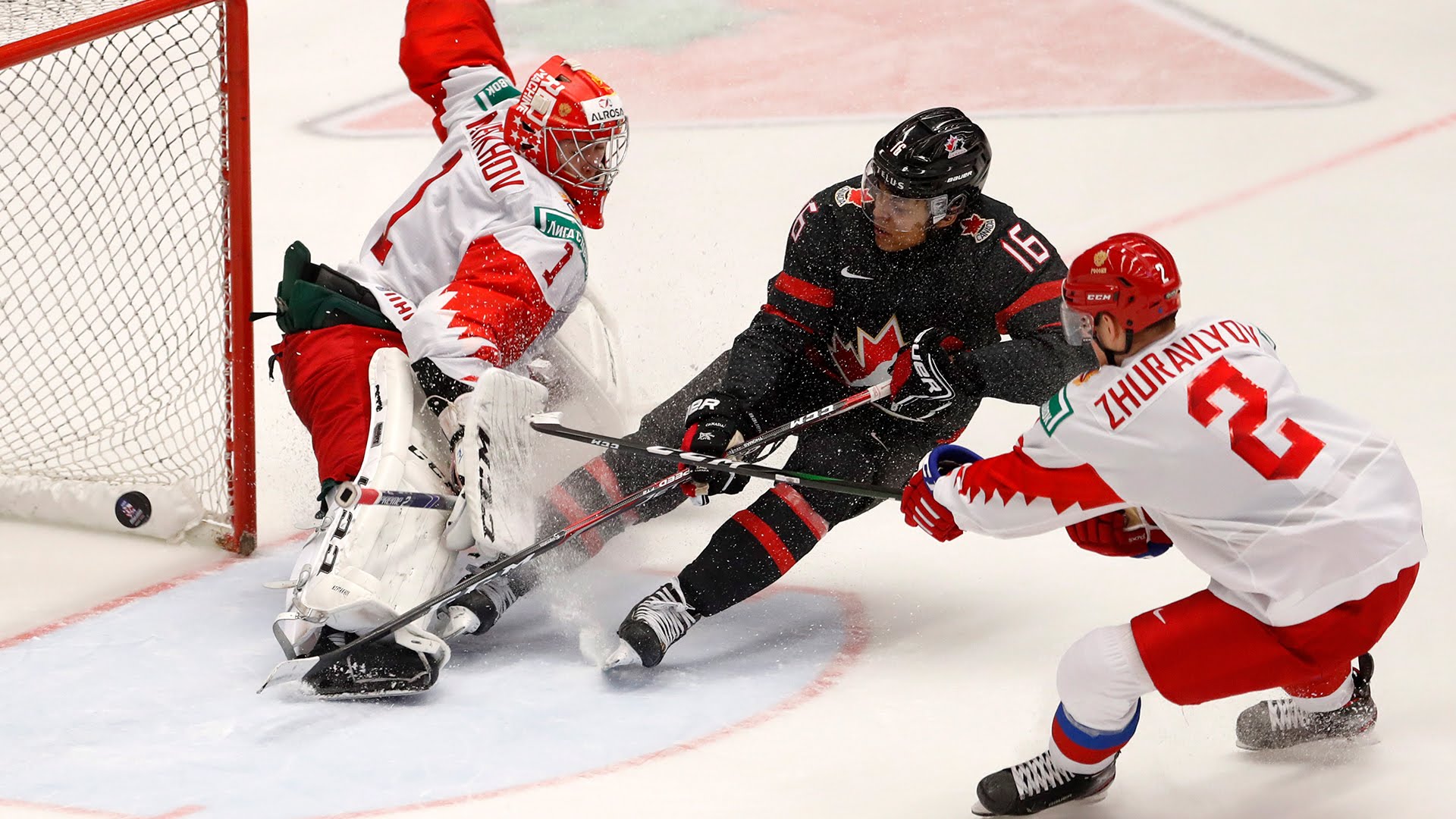 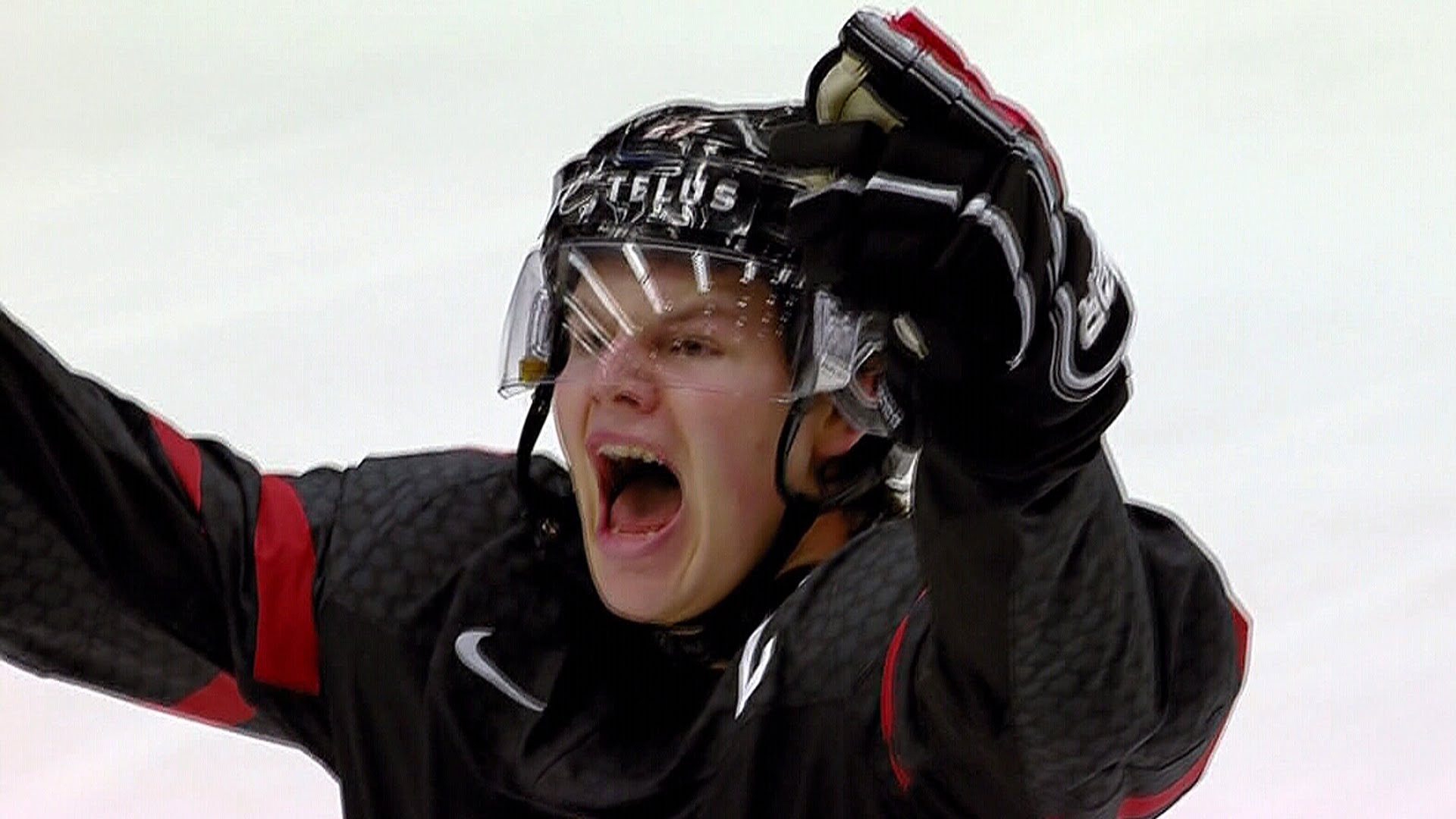 1:11Must See: Hayton snipes to tie game at three

Because Hayton authored one of the most incredible chapters in Canada’s rich history at the World Junior Championship on Sunday.

Less than 24 hours earlier, Hayton writhed in pain on the ice with an audible ‘yelp’ so loud that you could hear it across Ostravar Arena. His injury was as unfortunate as it was unnecessary late in a semifinal rout over Finland.

The initial from team doctors on Saturday was not positive. He appeared to have a separated shoulder, or some kind of significant shoulder ailment – an injury that almost surely would’ve kept him out of a regular season game on Sunday if he was back playing for the Arizona Coyotes.

Team Canada went to bed thinking Hayton would be a “longshot” to play.

But this was Canada-Russia for all the marbles. This was Hayton’s chance to bring home the medal he couldn’t help deliver last year in Vancouver.

After untold hours of manipulation, therapy, and who-knows-what kind of cocktail to provide relief, Hayton didn’t just suit up for Team Canada.

He scored to bring them back from the brink.

After barely being able to muster a shot in warmup, Hayton blasted a snapshot off the post and in to erase a 3-1 deficit and make Canada whole again.

Fourth-liner Akil Thomas finished the job minutes later, scoring his only goal of the tournament – the golden goal – to crown Canada the 2020 World Junior Champion with a 4-3 win that won’t soon be forgotten.

For the 18th time, Canada reigned supreme at the World Juniors.

Sunday marked the fifth time Canada (5-4) topped Mother Russia in the final since the gold medal game was first introduced in 1996.

And man did this one feel sweet, especially after the Big Red Machine dealt Canada the country’s most lopsided loss in its sterling, 43-year run at the World Juniors. Russia has not won gold since 2011.

Maybe in some ways, Sunday played out exactly as it had to for this Team Canada. Because there were no easy roads in Ostrava.

Any one of the five or six incidents that Canada went through – physically or mentally – at this 12-day grind of a tournament might have broken a lesser team.

They were embarrassed in a 6-0 blowout to Russia, 18-year-old star Alexis Lafreniere left with what appeared to be a serious injury, their captain Hayton nearly caused an international incident at centre ice when he failed to remove his helmet, and Joe Veleno earned a one-game suspension for headbutting … and that was just Day 3.

Coach Dale Hunter switched netminders from Nico Daws to Joel Hofer. He shuffled the lines when sniper Nolan Foote was ejected 53 seconds into the quarterfinal against Slovakia. Then Canada leaned on 17-year-old defenceman Jamie Drysdale in the quarterfinal when top pair blueliner Bowen Byram fell ill.

Through it all, Canada kept climbing. All the way to the top.

Their heart was on full display, embodied by the captain when Hayton stepped onto the ice for warmups in the gold medal game.

“It means a lot,” Dylan Cozens said. “We saw how he went down in that last game, but he’s putting that behind him and just working for the boys. He’s putting it all out on the line and that’s leadership right there. He’s playing through pain. We’re really proud of him.”

Hayton made an entire country proud, showing what it means to be Canadian.

He admitted his mistake and apologize for keeping his helmet on. He played through an immense amount of pain, leading Canada to gold on adrenaline.

As the red Maple Leaf raised to the rafters, it produced a feeling of ecstasy and a memory that will last longer than any pain felt.