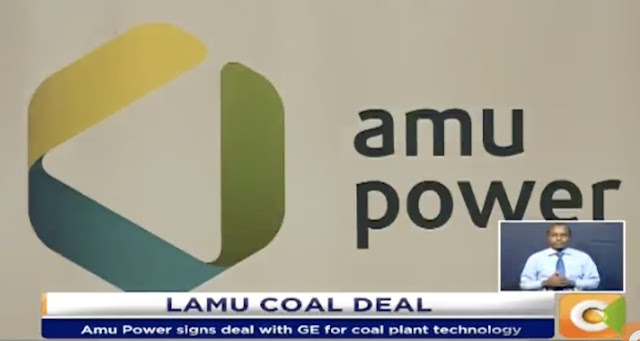 NEW YORK (Thomson Reuters Foundation) – A group of investors in U.S. conglomerate General Electric (GE) has publicly opposed its plans to buy a stake in a Kenyan coal-fired plant, claiming the project would damage the environment and undermine efforts to fight global warming.

In a public letter to GE, nearly five dozen institutional and individual shareholders called on the company to reverse course on its intentions to purchase a 20 percent stake in a planned 1,000-megawatt coal plant on Kenya’s Lamu island.

The project has divided communities, and environmentalists fear the plant will destroy the marine environment of the region, a tourist destination that is one of the best-preserved Swahili settlements.

It was unclear how of much GE stock the letter’s signatories hold. The information was not included in the missive, and their spokeswoman said she did not have the data.

GE did not immediately answer an emailed request for comments.

Among those signing the letter was the Local Authority Pension Fund Forum, an association of more than 70 United Kingdom-based public sector pension funds with about $300 millions in assets under management. Also signing were several religious groups.

“We are alarmed by apparent risks involved with the coal plant’s construction and operations,” said the letter, delivered to GE on Wednesday.

“The plant will negatively impact human health as coal production releases toxic pollution into the air and leaves behind ash that can contaminate groundwater supplies,” it said.

The plans also are “at odds” with GE’s stated support of the 2015 Paris agreement to fight climate change, it said.

“Bringing on plants that incorporate marginally improved technology but will lock in the use of coal for decades is the wrong direction – for Kenyans and for the world’s climate,” it said.

Kenya promised to cut carbon emissions 30 percent by 2030 as part of the agreement in Paris, where nearly 200 countries agreed to fight global warming.

Such activism by shareholders rarely has the desired effect, said Jonathan Karpoff, professor of finance at the Foster School of Business at the University of Washington.

“It’s unlikely to have a significant impact on the firm’s decision or value,” he told the Thomson Reuters Foundation. “If it does sway the decision, it was a coin-flip of an investment to begin with.”

GE signed an agreement in May to design and help build the plant along with Amu Power, a consortium contracted with delivering the $2 billion project.

Did you find apk for android? You can find new Free Android Games and apps.
Sharing is caring:
kenya, business Business, Kenya Comments Off on BUSINESS: US Investor group opposes General Electric plans for Kenyan power plant Print this News