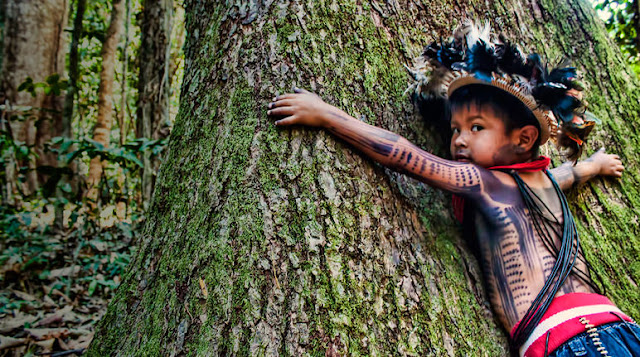 BRASILIA (LA Herald Tribune) – Brazil’s environment minister said economic development in the Amazon is the best way to protect the rainforest, accusing foreigners and his leftist predecessors of trying to turn the region into an untouchable sanctuary.

Ricardo Salles, who took office in January under conservative President Jair Bolsonaro, told The Wall Street Journal the government plans to develop the forest’s industries – from mining to palm-oil production – giving people in the region an alternative to illegal deforestation and wildcat farming.

“There are more than 20 million people living in the Amazon who need to survive,” he said Thursday in an interview. “The Amazon is not just a zoo to be observed.”

His comments come in the wake of a bitter showdown between Bolsonaro and European leaders, who have accused him of accelerating deforestation and endangering one of the planet’s best natural defenses against climate change.

French President Emmanuel Macron has threatened to pull out of the landmark trade deal clinched in June between several South American nations and the European Union, while Germany and Norway have suspended funding for environmental projects in protest.

Multinational companies have joined the backlash, with H&M, one of the world’s largest clothing brands, becoming the latest group on Thursday to suspend leather purchases from Brazil over fears that land grabbers are racing to clear the Amazon for pasture.

From January through the end of July, some 2,900 square kilometers (1,800 square miles) of rainforest have been cleared – almost the size of Delaware, and nearly 70% more than in the period last year, according to Brazil’s space agency.

The number of fires in the Amazon – the preferred method by land grabbers to clear forest that is then illegally sold to farmers and ranchers – has more than doubled from 2018, the agency said.

Environmentalists have blamed Bolsonaro for the greater destruction, pointing to budget cuts at Ibama, the government’s environmental protection group, and his fiery pro-farming rhetoric that they say has given loggers more confidence to cut down the forest.

“This creates a sense of impunity that is clear to see across the region,” said Mauricio Voivodic, executive director in Brazil of WWF, the global conservation group.

Voivodic said existing laws already allow forest dwellers to survive from its resources and the government should focus on stopping illegal deforestation.

“The administration is making a mistake,” he said.

Salles agreed that Bolsonaro’s rhetoric may have changed behavior among some illegal loggers, but said that the president had been misunderstood.

“There are people who created false expectations that this government would allow illegal logging,” said Salles, adding that the government strictly opposes any type of crime.

Bolsonaro’s administration has argued that cuts to Ibama’s budget were in line with general budget cuts to combat the country’s fiscal crisis.

Ibama has issued fewer fines under Bolsonaro – 2,662 from January to August this year, compared with 3,213 in the period last year, Salles said.

He said the decline was insignificant, but it didn’t matter because the current system wasn’t working anyway given that authorities estimate that only 5 percent of the fines, or even less, are ever paid.

Salles also rejected criticism that the government has dismantled Ibama, saying that he fired regional bosses who didn’t agree with his policies, and has struggled to replace them given the low salaries for those posts.

Instead, he criticized Brazil’s former leftist leaders and foreign-backed organizations in the Amazon, accusing them of trying to turn the region into an “open-air museum” for trees, where people are only allowed to exist in primitive ways.

This is not what many people in the Amazon actually want, he argued, nor does this strategy work to protect the rainforest.

Excessive environmental controls in the Brazilian Amazon – an area about five times the size of France – are almost impossible to comply with and enforce, he said, leading to widespread illegality.

“We can’t have a law that is overly restrictive – it’s an invitation for crime,” said Salles, a 44-year-old lawyer by training and fierce proponent of economic liberalism, who was previously environment secretary for São Paulo’s state government.

Instead, the government plans to create economic incentives to stop people chopping down the forest, he said.

As part of this plan, the government will further develop sustainable and legal lumber, whereby logging companies selectively cut down valuable types of timber in rotation, allowing the forest to regrow.

The government also plans to encourage other industries, such as palm oil, mining, and the consumer market for the forest’s popular açai berry.

Salles said he wants to demarcate zones across the Amazon, mapping out where economic activity is allowed, and develop the region’s river ports.

The goal is twofold, he said: to lower poverty in the Amazon, and reduce illegal deforestation by giving locals other ways to make a living.

The Amazon includes some of Brazil’s poorest states, with average monthly income in the region at less than $200, pushing many into illegal deforestation.

“I don’t know how to do anything else,” said one 49-year-old illegal logger, begging for change at a gas station in Porto Velho deep in the Amazon.

During his 15 years in the trade, there were times when he would make $1,000 in two weeks, the equivalent of four months’ minimum wage. But tougher environmental controls have now left him struggling to make ends meet.

Many environmentalists agree that the government should include illegal loggers, as well as farmers and ranchers, in the solution if they are to better tackle deforestation – one of Brazil’s oldest challenges.

After a peak in the 1990s, deforestation had been slowing but began to rise again in 2012, increasingly sharply this year.

“The biggest problem in the Amazon is lack of governance to allow a more ordered and controlled exploration of the forest… what’s missing is an integrated vision,” said Vasco Van Roosmalen, co-founder of Ecam, a Brazilian NGO working to protect the forest.

Salles said his job was to encourage a more rational, and less emotional debate about the future of the Amazon.

“We have the truth on our side, but so far only lies have prevailed,” he said.

Did you find apk for android? You can find new Free Android Games and apps.
Sharing is caring:
world news, deforestation, Amazon Amazon, Deforestation, World News Comments Off on Brazil Pushes Development in Amazon to ‘Protect Rainforest’ Print this News