Bosco Ntaganda – from bodyguard to a warlord 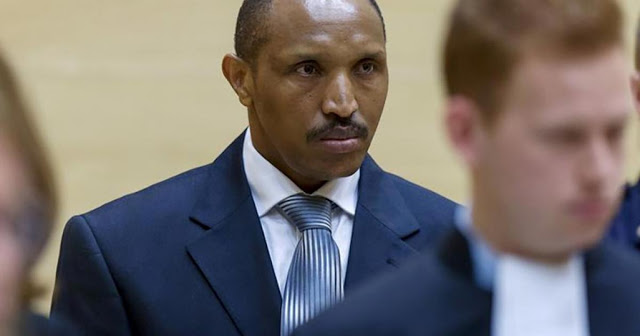 BOSCO NTAGANDA – FROM BODYGUARD TO A WARLORD


NRA IS CHASED OUT OF KISANGANI.
Having succeeded in replacing Col. Edson Muzoora with Kazini’s puppet – Col. Sula Semakula, the stage was set for renewed clashes between RPA and NRA for the control of Kisangani. Kazini had mobilised all the necessary resources for the onslaught. Unknown to NRA, the RPA had superior intelligence about all details of NRA’s combat readiness. RPA’s intelligence gathering stretched right from the NRA’s Ordinance Depots, the army headquarters, the rear base at the Old Entebbe Airport upto the ground in Kisangani. Therefore, the RPA was more than ready for routing the NRA once and for all.

Kazini, whom Museveni had retained as the overall commander of the NRA in Congo, secretly established his command post at Karapata hill overlooking the Tsopo Bridge on the outskirts of Kisangani city. He had a helcopter ready to evacuate him when the going would get tough. The three days of fighting in May 2000 saw the RPA have an upper hand thst left the NRA raptured.

Still, Kazini was not done and in June he provocked a more serious battle that lasted six days. The visibly loosing Kazini desparately resorted to the Alice Lakwena style of Combat engagement. In a series of voice calls on army radio messages he would arder his field commanders to amass troops arguing that “even if it means all of them getting killed”. The destruction to human life and infrastructure was appalling. The RPA exercised alot of restraint to avert the stuation from sliding into catastrophic proportions for the NRA as it very well knew that these were simply designs of Kazini with Museveni’s backing.

The NRA was by now helping with recruitment, training and arming of militants for the three groups i.e Prof. Wamba’s RCD-K, Mbusa Nyamwisi’s RCD-ML and Bemba’s MLC. Earlier on Prof. Wamba’s body guard – Bosco Ntaganda who had been injured during the Kisangani clashes had been flown by the NRA to South Africa via Kampala for medical treatment. After treatment, Bosco Ntaganda had remained in Kampala under CMI. When tension between Wamba and Nyamwisi reached a boiling point, the NRA flew Ntaganda back to Bunia and put him in charge of Wamba’s security detail. Prof. Wamba rejected the Ntaganda group that also included Mugabo and Mukalai among othes. Wamba argued that the Ntaganda group were Rwandese being planted on him to spy and assasinate him.

With the help of the NRA, Prof. Wamba’s former Minister of Finance – Tibasiima Akiiki welcomed and shelttered the Ntaganda group and used them to put in place a Hema army. A recruitment centre was set up in Bunia town at the former NBC bank building. A training school was set up at Rwampara near the airstrip and run by the NRA Military Police. The agricultralist Lendus who are arch rivals of the pastrolist Hemas also took steps to rise an army and the NRA was at hand to help them too. At this moment Tom Lubanga who is a Mugegere by tribe had sided with the Lendus and Bangiti tribesmen. Several rounds of Clashes between Lendus and Hemas left tremendous loss of human life, destruction and displacement.

Uganda was not yet done with the loss of Kisangani. The Commanding Office of the NRA Bunia based 53rd Battallion, Maj. David Muhoozi flew a Bafasende Based Businesman – Roger Lumbala to meet Museveni in Kampala. After the meeting, RCD-National was born with Lumbala as its President. The plan was for the NRA to help RCD-N to rise a force that would be backed by the NRA to dislodge RPA from Kisangani. Museveni ordered 53rd Battallion to proceed to Bafasende for this task. Its departure from Bunia town left a big security gap. Only one Tank, a small squad of NRA intelligence operatives and Military police was left to secure the fragile Bunia town.

53rd Bn was an elite unit and part of the Presidential Protection Unit. Roger Lumbala recently fled the DRC where he was a Senator and is now in Kampala with the M23 peace team. Prof. Wamba accused Bosco Ntaganda of training militias to overthrow him. Tension rose high between the rival congolese factions in Bunia town. A battalion of recruits trained for the Mbusa faction at Nyalake in Bunia under NRA’s Col. Burundi was hastly flown to the NRA headquarters in Bombo. In Bombo they were issued with uniforms and AK 47 assault rifles manufuctured from NRA arms industry in Nakasongola and clearly engraved UG. They were flown back to Bunia and placed under the Command of Commander Claude who was a Nande by tribe.
———————————————
Without being propelled and facilitated by Museveni and his lieutenants, Bosco Ntaganda wouldn’t have become a warlord.

UGANDA: Legislators accuse their govt of Museveni for being mafia and their killers

Want create site? Find Free WordPress Themes and plugins. Some of the officials who haveRead More