BEHIND MUSEVENI’S CHOICE OF JACK KAFUZI AS ATTORNEY GENERAL 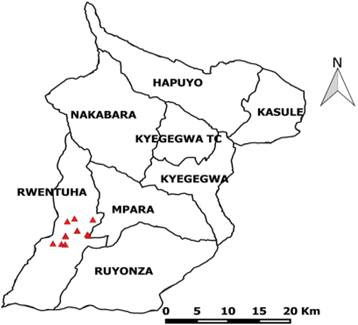 CHANGE OF GUARDS – Museveni’s recent choice of Hon. Jack Kafuuzi as his Deputy Attorney General shouldn’t be a big surprise. Many Ugandans have rightly attributed his elevation to his distinguished support for the age limit removal. However, there is more than that – as we had earlier pointed out, Hon. Kafuuzi has been an agent of land grabbing by the usual powerful. His appointment is partly a reward for undermining the Kingdom of Tooro.

Tuesday, 10 October 2017
at 10:17
WHY JACKSON KAFUUZI IS A LEADING PROPONENT OF MUSEVENI’S AGE LIMIT REMOVAL
Hon. Jackson Karugaba Kafuuzi is the M.P for Kyaka South Constituency in Kyegegwa District. He is a young brother to the opposition leaning Human Rights Lawyer, Ladislaus Rwakafuuzi. Having been a member of the opposition FDC, he recently opportunistically converted to the Museveni regime’s NRM. He dislodged the former area M.P, Mr. Kwemera.

Having been one of the counties of the Tooro Kingdom, Kyegegwa District is traditionally known as Kyaka. Kyegegwa was the location of the county headquarters where the current district is located. Its original people are Batooro of the Banyakyaaka sub-ethnic group. It is comprised of the semi-arid southern and the forested northern part. The semi-arid southern part which is Hon. Jackson Kafuuzi’s constituency which is comprised of the sub-counties of Mpara, Kayonza and Rwentuha is also home to the infamous vast Kyaka I and II Refugee Settlements. It is also home to the Savanna Katonga Wildlife Reserve. This same semi-arid southern part borders with Kiruhuura District and Sembabule district along the Katonga river. On the south-eastern part, it borders with the infamous semi-arid Rukoba/Kabamba in Mubende district.

This semi-arid southern part of Kyegegwa district has the climatic conditions like the infamous Cattle Corridor. Owing to its favourable cattle breeding climatic conditions, Museveni at one time described it as being part of Ankole because he presumed that the Batooro are not cattle keepers. Since then, armed pastoralists commonly known as Balaalo have been crossing from Kiruhura to the Southern Kyegegwa. As has been the case elsewhere in the country, the Museveni regime has been facilitating the land grabbing by the pastoralists.

In the late 1990s, Museveni’s then Private Secretary and now Gen. Kalekyezi wrote to the Uganda Wildlife Authority that Museveni had directed that pastoralists be left to occupy Katongo Wildlife Reserve “owing to intelligence reports that armed rebels were plotting to establish bases in the reserve.” Internal Security Organisation’s Maj. Charles Bukondo has for years been the Commander of the armed invasion of Kyegegwa by armed pastoralists.
To further ease the land grabbing, Museveni used his usual divide and rule policy. He initially curved Kyenjojo district out of the original Kabarole District.

As if that was not enough, he went further to curve the current Kyegegwa District out of Kyenjojo District. That way the Batooro could not have a united voice over land in Kyaka/Kyegegwa. Both private and public land has been targeted. He gave the 38 sq. kms former Kyaka I Refugee Settlement to Nasser Basajjabalaba who displaced 36,000 people who had settled on the same land. Recently, Museveni settled in Kyaka 5,000 Rwandese who had been expelled from Tanzania in 2013. In May 2017, a group of elders from Tooro led by the patriotic M.P for Fort Portal Municipality, Alex Ruhundwa petitioned the Land Probe Committee over forceful land occupation by powerful people having government and military support who claim endorsement by State House. They decried the armed immigrant cattle keepers and the general militarisation of land management. They pointed out that the so-called “resettled landless” as not being refugees as claimed but Ugandans from Ankole and South-Western Uganda.

Therefore, the Kafuuziz have used their marriage links with the land grabbers from Kiruhura and, the neighbouring Buremba Sub-county where his elder brother married, by acting as agents in the take-over of Kyaka/Kyegegwa. There is no doubt that Museveni’s Balaalo have over the years established themselves and have become the most powerful in Hon. Kafuuzi’s constituency of Kyaka South. Since, it’s a taboo for any Mulaalo to disagree with any of Museveni’s dirty schemes, it is most likely that Hon. Kafuuzi is representing the wishes of his people. It is against that background that the once Honourable Jackson Kafuuzi is seeking to have Museveni as a life President.

Did you find apk for android? You can find new Free Android Games and apps.
Sharing is caring:
museveni, politics, UGANDA Uganda, Museveni, Politics Comments Off on BEHIND MUSEVENI’S CHOICE OF JACK KAFUZI AS ATTORNEY GENERAL Print this News