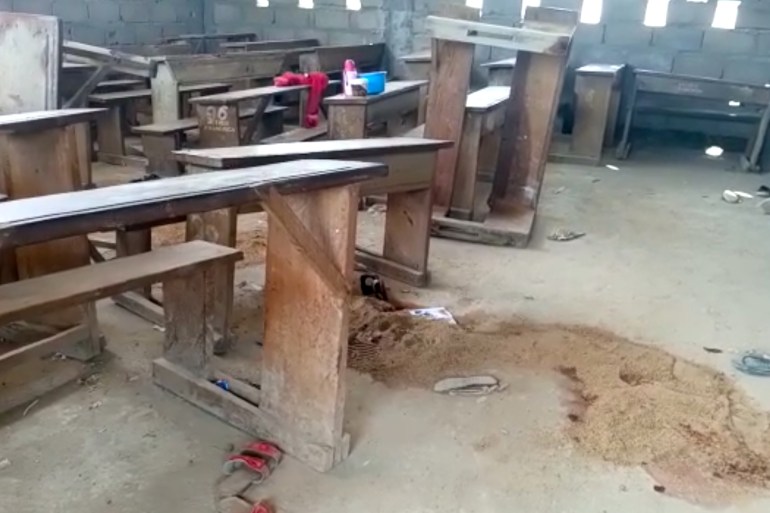 By AL JAZEERA AND NEWS AGENCIES
Armed with guns and machetes, the attackers killed at least eight students at school in city of Kumba, Southwest Region.

Attackers have stormed a school in southwestern Cameroon with guns and machetes, killing at least eight children and wounding a dozen more, according to the United Nations.

Arriving on motorbikes and in civilian clothes, the men attacked the Mother Francisca International Bilingual Academy in the city of Kumba, in the country’s Southwest Region, at around midday on Saturday.

There was no immediate claim of responsibility for the attack, described by the UN as “the worst atrocity” since the resumption of the school year earlier this month. It was not clear if the attack was linked to a continuing struggle between government forces and armed groups in the English-speaking west seeking to form a breakaway state.

“At least eight children were killed as a result of gunshots and attack with machetes. Another twelve were wounded and taken to local hospitals,” the UN’s Office for the Coordination of Humanitarian Affairs (OCHA) said in a statement.

Some children were reportedly injured jumping from second-storey windows. Videos circulating on social media filmed by local journalists appeared to show adults rushing from the school with children in their arms, surrounded by wailing onlookers.

One photo verified by the Reuters news agency showed the inside of a classroom, where a pile of dried blood had pooled on the floor near some scattered flip-flops.

“They found the children in class and they opened fire on them,” city sub-prefect Ali Anougou told Reuters.

Isabel Dione ran into the school to search for her 12-year-old daughter when she heard about the shooting. She found her on the floor of a classroom, bleeding from the stomach.

“She was helpless and she was shouting ‘mum please help me’, and I told her ‘only your God can save you now’,” Dione told Reuters. The girl was rushed to hospital where she is undergoing treatment for a gunshot wound.

Local education official Ahhim Abanaw Obase confirmed six deaths of children aged between 12 and 14 and added that another eight had been taken to hospital. 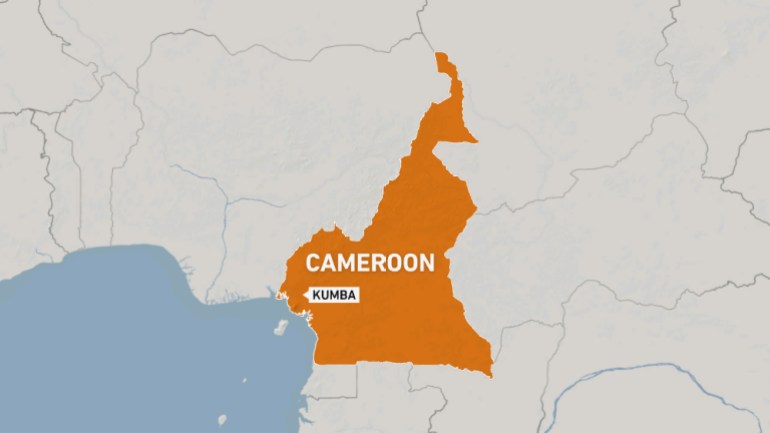 “I am shocked and outraged by the killing of innocent school children [who] were attending school to get an education,” said Matthias Z Naab, the UN’s resident humanitarian coordinator in Cameroon.

“Children have a right to education. Violence against schools and innocent school children is not acceptable under any circumstances and can constitute a crime against humanity if proven in a court of law. I call on the competent authorities to conduct a thorough investigation into this tragedy,” added Naab.

African Union Commission Chair Moussa Faki Mahamat said: “There are no words of grief nor condemnation strong enough to articulate my full horror at the brutal attack targeting primary schoolchildren … as they sat learning in their classroom.”

Cameroon’s two Anglophone regions – the Northwest and Southwest Regions – are home to a large minority of English speakers in a country where French speakers are the overwhelming majority – a situation that is the legacy of the decolonisation of western Africa by France and Britain more than 60 years ago.

In late 2016, long-standing complaints of political and economic discrimination against English speakers by the central government spilled over when lawyers, students and teachers began calling for reforms.

The government’s lethal response to the protests provoked rebels to declare in 2017 independence for a region they call “Ambazonia”, triggering a stronger crackdown by the authorities.

Both sides have since been accused of committing atrocities in a conflict that has killed some 3,000 people and forced hundreds of thousands of people from their homes.

Anglophone separatists have imposed curfews and closed schools as part of their protest against President Paul Biya’s government.

Anougou and another official blamed Saturday’s attack on the separatists but did not offer evidence.