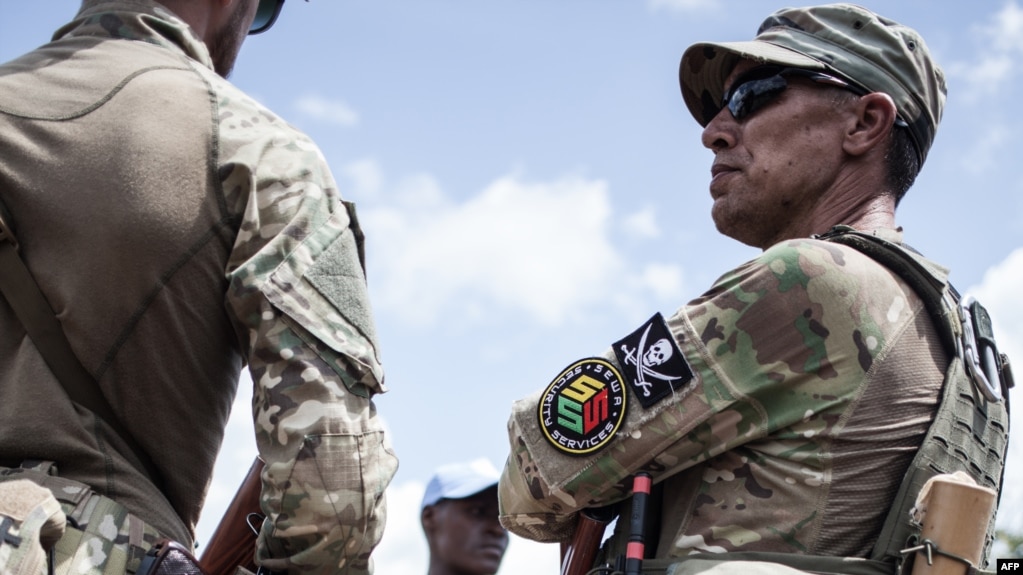 WASHINGTON — When a crowd in Bambari, in the Central African Republic, accused Mahamat Nour Mamadou of belonging to a militia group tied to the country’s previous regime, the consequences were swift and harsh.

Soldiers whisked Mamadou away to a nearby town hall, where he was questioned, and then to a base, where he was tortured for five days.

Mamadou told the AFP news agency that soldiers choked him with a chain, slashed his back with a knife and sliced off one of his fingers. Evidence of the abuse he endured appeared in an internal United Nations report circulated last month.

The U.N. is now investigating allegations of torture at the hands of Russians in the CAR based on Manadou’s account, AFP reported.

Private military contractors from Russia have, in recent years, stepped into a pivotal role in central Africa, including in the CAR and neighboring Sudan.

Moscow has downplayed the groups’ roles and insists that they act independently of the Kremlin’s wishes. But experts say the contractors have close ties to Russia’s military apparatus, and their presence helps Moscow achieve its strategic goals, from acquiring needed resources to competing with China and the United States, both of whom have permanent bases in Africa and more military might.

Jonathan Hutson is a human rights advocate and strategic communications consultant in Washington. He told VOA that Russian PMCs do the Kremlin’s bidding.

“They’re really pretending to be mercenaries while actually functioning as part of Russia’s military industrial arm, the GRU,” Hutson said.

“It’s being done with the knowledge and the aid of Russian government bodies,” said David Isenberg, an independent analyst who has studied private security contractors since the 1980s and testified before Congress on the topic.

“This is basically part and parcel of Russia’s greater geopolitical ambitions in Africa and elsewhere in the world,” he added.

The Russian Ministry of Defense, for example, helps issue passports to contractors, Isenberg said. PMCs also use weapons supplied by the Russian government and, on occasion, fly Russian military planes to destinations in Africa, Isenberg added.

He estimates that about 175 Russian PMCs are in the Central African Republic, and at least 300 are in Sudan.

So far, the model has proved successful for Moscow. Just a few hundred people on the ground in central Africa have provided Russia with access to both resources and power. 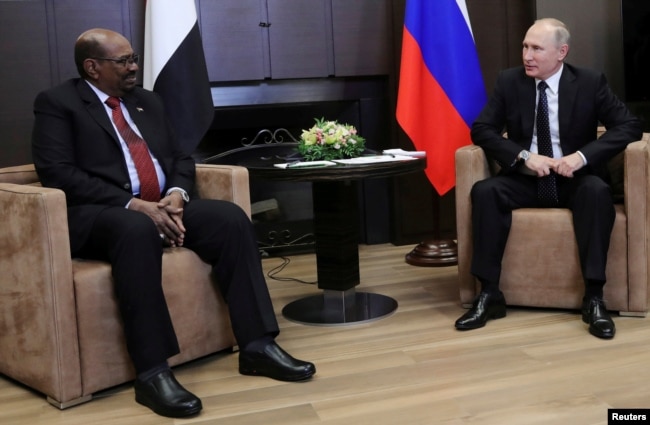 Al-Bashir said he needed protection, and he promised minerals in return.

Since then, Russian involvement in the country has only increased, even as Sudan convulses under growing civil unrest, prompting protests and a violent crackdown on the press.

Whether PMCs are legal hasn’t been settled. In Russia, Hutson said, “It is illegal for private military contractors to exist. However, the Wagner Group, which is present in Sudan, is actually sponsored by the Russian government. They fly on Russian military planes when they’re wounded, and they visit Russian military hospitals when they’re treated.”

“It’s a shady area,” Isenberg said. A United Nations convention against mercenaries barely took effect due to low numbers of signatories, he added, and enforcement has been spotty.

In a legal gray zone, outside the kind of traditional approach to security that would be subject to more diplomatic scrutiny, Russia has helped suppress protests and gather intelligence, Hutson said.

“It’s much more opaque, and therefore much more difficult to deal with,” Isenberg added.

But even as unrest in Sudan and the Central African Republic continue, Russia’s bets appear well placed. With a modest investment, they’ve found strategic allies and access to resources. Now, they’re planning a base in Sudan, along the Red Sea.

But what benefits authoritarian regimes appears less helpful to the people of nations with a PMC presence.

“It’s not actually war, but it’s not peace, either,” Isenberg said. “It is exploiting existing turmoil and disorder to their advantage.”

« AFP has uploaded a new video on YouTube Saint-Valentin: et si vous offriez un bouquet “écolo” ? (Previous News)
(Next News) A look at the best news photos from around the world – via VOA »