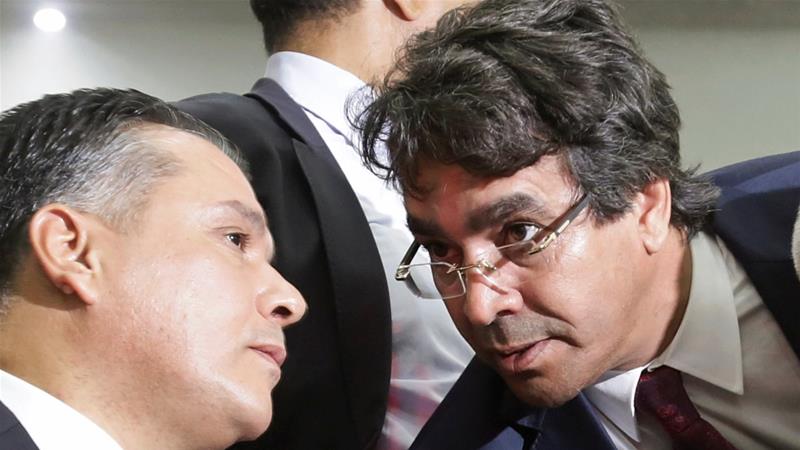 Mouad Bouchareb, left, was the president of the National Assembly in Algiers [Ramzi Boudina/Reuters]

Seen as pillar of ruling elite, Mouad Bouchareb quits after prolonged demands for his removal by protesters.


Algerian parliament President Mouad Bouchareb has quit, Ennahar TV reported, after prolonged demands for his removal by protesters who saw him as a pillar of the ruling elite.

Bouchareb bowed out on Tuesday, three months after longtime President Abdelaziz Bouteflika resigned under pressure from sustained protestsseeking root and branch reform and an end to systemic corruption and cronyism.

Authorities have postponed a presidential election, previously planned for July 4, because of a lack of candidates, with no new date set for the vote.