AFRICA: Why would Museveni’s intelligence chief leak secrets to Rwanda? 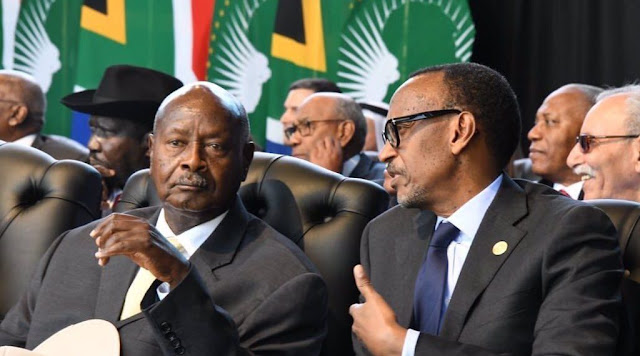 WHY WOULD MUSEVENI’S INTELLIGENCE CHIEF LEAK SECRETS TO RWANDA?


CHANGE OF GUARDS – Media reports indicate that the Director of Intelligence of the Land Forces, Col. Paul Muwonge is under arrest by the army authorities for alleged leakage of classified information to Rwanda. The news was broken by the leading independent daily, The Daily Monitor which gives it a lot of credibility.

The army Spokesman refuted the alleged arrest and links with Rwanda of the said senior officer but disclosed that he is being investigated for “conduct prejudicial to good order and discipline.” The Land Forces is the largest component of Museveni’s army; the others being the Airforce, Marine and the SFC. All soldiers who fall under battalions, brigades and divisions are under the Land Forces. The Land Forces can also be described as the infantry for it is charged with ground combat engagements. It consists of the foot soldiers and the supplementary support units like the artillery, mechanised and motorised.

From the aforegoing, it can be authoritatively argued that the position of Director of Intelligence of the Land Forces can well be described as Director of Military Intelligence (DMI). When an enemy seeks to gather intelligence on the country’s army, such an enemy is looking for combat intelligence. It is very rare for the enemy to look for information pertaining to safe houses, Kiboko squads, anti-riot squads and other civilian engagements that are consuming much of CMI’s resources. Therefore, if it is true that Rwanda had successfully recruited Museveni’s Director of Intelligence of the Land Forces, then it had infiltrated the heart and mind of Museveni’s army.

As usual some gullible Ugandans have expressed mixed reactions to this development. Some are saying that Col. Muwonge could be a Munyarwanda while others are saying that he must have been paid heavily by Rwanda. They forget that it is also very likely that Col. Muwonge is neither a Munyarwanda nor was he paid by Rwanda. If it is true, since Col. Muwonge is not from Kiruhura, he could be a patriotic Ugandan who, like other citizens was seeking a regime change. Why would anyone think that the likes of Gen. Muntu, Col. Besigye, Col. Mushega, Col. Mande, Col. Kyakabaale, Col. Muzoora, Col. Kashilingi, Maj. Kazoora and others were the last ones to fallout with the Museveni regime!!!!

On the other hand there is also a possibility of the Museveni regime using Col. Muwonge in a plot to frame Rwanda on hostile activities. This wouldn’t be the first incident real or perceived where Museveni’s security officers are being accused of spying for Rwanda. In the past, several serving security officers were repeatedly accused of spying for Rwanda and Rwandese diplomats expelled. The most recent is of the former police chief, Gen. Kalekyezi and his officers who are currently under trial by the military courts.

Col. Muwonge joined the army in the late 1990s under DMI and trained at Kaweweta. He has served under military intelligence throughout. He was concentrated in western Uganda – Rwenzori region, Kanungu down to Kisoro under the army’s 2nd Division. He was more preoccupied with threats from Rwanda and DRC. He rose through the ranks to become the 2nd Division Intelligence Officer around 2007. Around 2015 he led a team of officers seconded to the Joint Intelligence Commission office in Beni, DRC. The only time he took a break from western Uganda is when he had a short stint at the Nairobi based EA Defense Counter terrorism Center. 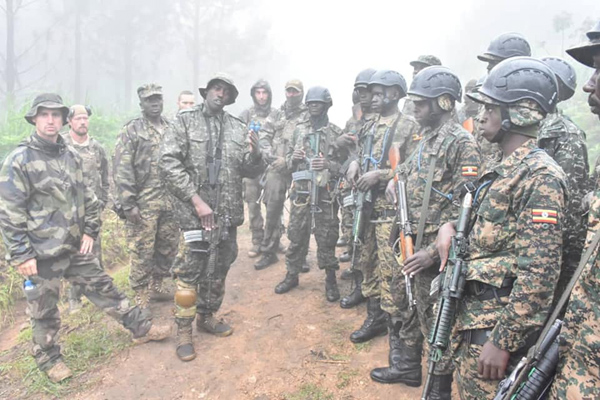 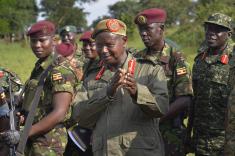 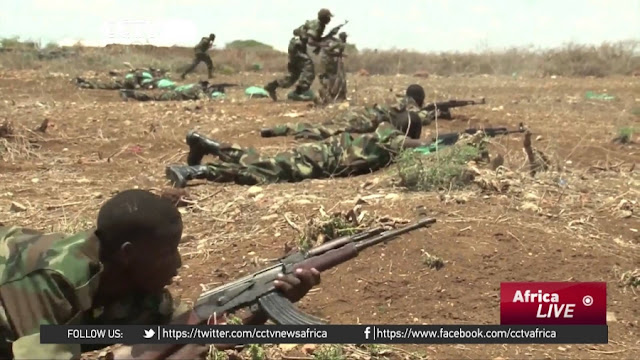