AFRICA: Why the EAC intergration is ‘Mission Impossible’ 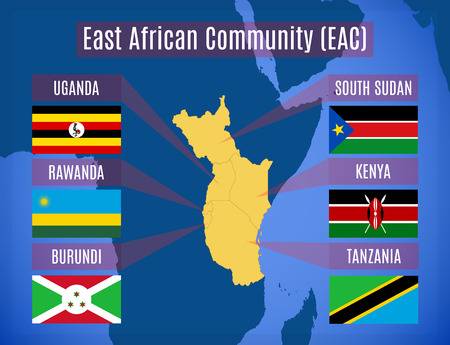 WHY THE EAC INTEGRATION IS ‘MISSION IMPOSSIBLE’

CHANGE OF GUARDS – This afternoon, Uganda’s Parliamentarians had a heated debate following the Presentation by the Minister of State for East African Community over the impending 20th anniversary celebrations since the EAC was founded.  The MPs, who had the opportunity to contribute, unanimously expressed disappointed and concern over the conduct by and treatment of Ugandans by member states.  The salient issue rotated around trade, immigration, labour, movement of livestock, security, land tenure, customs, diplomacy and international relations.  They wondered why their counterparts don’t correspond with the warm hospitality, treatment and ease that other EAC members enjoy in Uganda.

The Speaker also concurred with the legislators before revealing that Parliament has never exhaustively debated the EAC and ordered the concerned Minister to prepare for a detailed debate of the EAC.  The revival of the EAC is solely a Museveni project that is meant to secure a military alliance so as to avoid a scenario similar to what happened when Tanzania sheltered anti Iddi Amin dissidents and helped him (Museveni) to gain power.  Coupled by the dream of becoming the first President of the EAC and the shielding of Banyarwanda in Uganda, all the other so-called pillars of EAC are irrelevant.  That is why the integration is moving at a snail pace.  That is why he easily gives in to any controversy that imposes an unfair advantage on Ugandans.  Just watch the space.  He will ensure that Parliament does not hold a detailed debate on the EAC.

It is for the same reasons that even the current fallout between Uganda and Rwanda is strangely not being addressed by the EAC but Angola, DRC and Congo Brazzaville.  As for the hostile treatment of Ugandans by member states and exploitation of Uganda’s goodwill and hospitality, it is because Uganda’s policy makers have not taken trouble to study the internal workings of member states with regard to history, politics, economics, social set up, foreign policy, etc.  Museveni who is well versed with all those factors in the member states does not want Ugandans to know and publicly have a debate and this is why parliament has never had a serious debate of the EAC.  Instead, he has always concentrated on and monopolized the debate by way of lectures over the matter.  He is only dragging blindfolded Ugandan policy makers and ordinary citizens to the EAC.  Imagine his Minister for EAC, Philemon Mateke is accused of being the coordinator of the Rwandan dissident Hutu and Tutsi alliance.

Therefore, on the outside it looks like the EAC integration is on track but the reality is that it is a ‘Mission Impossible’ and a wastage of time and resources.