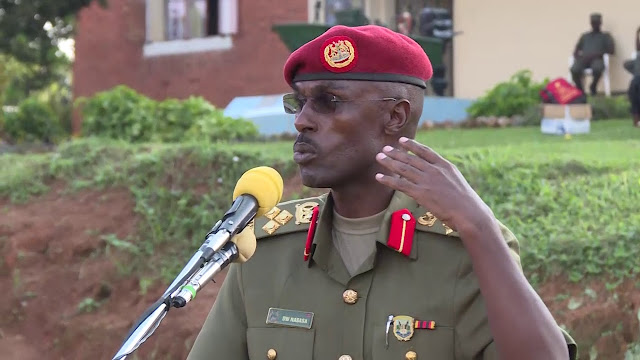 This is an edited version to an earlier story relating to the same issue.  More information has been added depending the developments in Kampala today March 1, 2019. That story was posted on the two blogs whose links are:

OF RWANDA’S CLOSING AND NOT CROSSING THE BORDER

CHANGE OF GUARDS – “The Government of Uganda has taken a very cautious decision of not conducting diplomatic or foreign relations between our country and any other country through the media. We leave that to the officials of Rwandan Government if they want to conduct diplomatic relations via the media, it is their choice,”

Just a week on Thursday February 28, the same Spokesman while addressing the press said that ;
“Let Ugandans know that there is a slight problem at all the three crossing border points between Rwanda and Uganda at Gatuna, Kyanika in Kisoro and Mirama hills in Ntungamo district,” Opondo said.
He said the government of Uganda on Wednesday received information that Rwanda was not allowing crossings at Katuna because the road towards Kigali was under repair. He however, says that they were surprised to learn that by Thursday morning, even Rwandan students were not allowed to come to Uganda.
“Unfortunately, by this morning, they were not allowing even school children to cross from Rwanda to come for studies in Uganda,”

In the same regard, the Prime Minister, while addressing parliament on the same day said that;
“The Hon Minister of Foreign affairs, Ndugu Sam Kutesa is on top of this situation on behalf of government and has contacted people responsible both locally and regionally. The matter is effectively handled by government. We further regret the inconvenience that the wanainchi [masses] as the business people have suffered because of this temporary situation.”

The Prime Minister was responding to a matter of national concern raised by Hon. Bitangaro thus;
“.…….the conduct offends the East African Customs Union Treaty that provides free movement of people, goods and services across the territory. The restriction imposed by the immigration and customs officials at the Katuna border has caused a lot of concern, anxiety and inconvenience to people on both sides of the border.”

Hardly 24 hours later, today Friday the same Spokesman gave an update to the press where he said that;
“Rwandese aren’t being allowed to travel and enter Uganda but Ugandan nationals are. Flights have been going on smoothly at Entebbe Airport whether for Rwandair or any other airline. No Rwandans or Ugandans have been affected by this. The construction at the Gatuna border (Rwanda) with Uganda is making movement difficult. However, we’ve not received any information about why Rwandese and trucks aren’t entering Uganda. There’s no witch hunt for Rwandese in Uganda. There’s also nobody from Rwanda being held by the Ugandan authorities for any reason. We would like to send a clear message to Rwanda that there’s no one Uganda is harassing from Rwanda or has in custody.”

A few days ago the Commander of Museveni’s Special Forces Command warned Rwanda at a public function in Entebbe thus;
“External forces are looking and they don’t want us to develop. We have the oil here, the beauty of the country, stability, development and above all a ‘precious’ leader. They think maybe if they get the precious leader out there will be disorganization. They won’t come physically, but if they come here, it will be the best because we are very ready for them. Unfortunately, they will not come. They will send money and people, like the ones of late being deported, to mobilize the youth because they have the manpower here and the youth are very easy to convince”.

Yes they haven’t come physically but you are panicking. You said that you don’t conduct diplomacy in the press; why the panic now!!! By CLOSING the border, Rwanda was only sneezing and then you catch flue. Wont you develop a running stomach if Rwanda decided to cough by CROSSING the border!!! You have always claimed that Rwanda cannot survive without Uganda. If it is true they have closed the border, I believe they have a good reason because they are not as stupid as we want others to believe. How come Rwanda is not as panicky as Uganda over the alleged closure of the border. Pretending to be more concerned over Rwandan children missing school in Uganda is hypocrisy of the highest order.

Guilty consciousness just. You have been and continue to throw stones at your neighbor by aiding Rwandese dissidents yet you live in a house made of glasses. 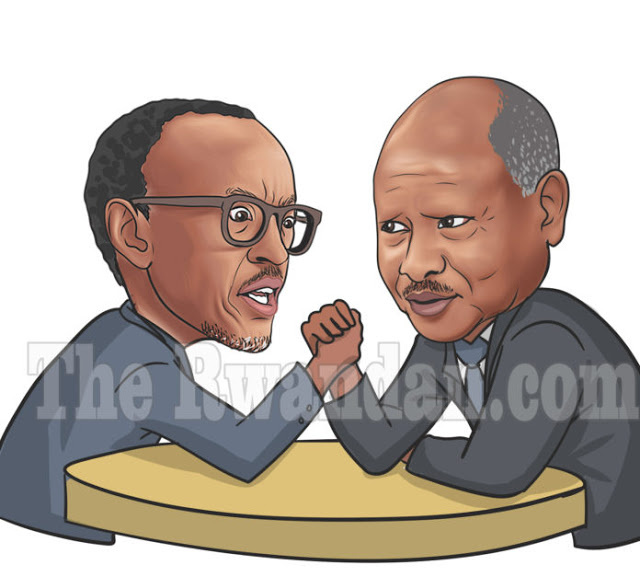 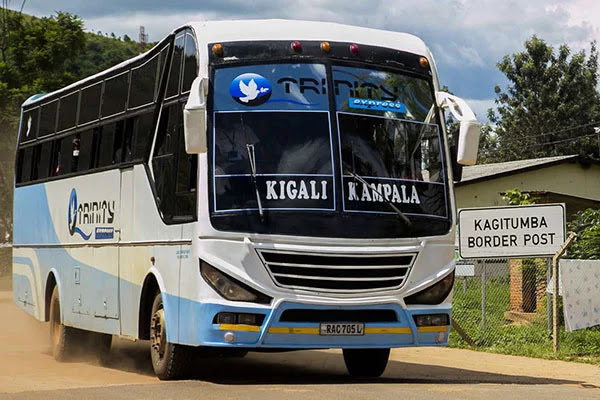