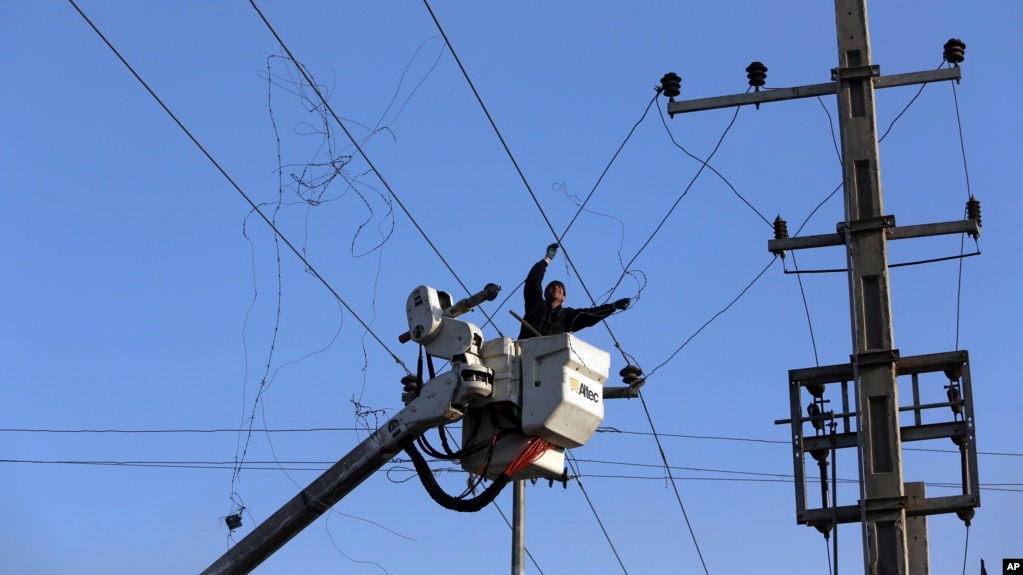 The pre-dawn insurgent subversive action occurred in the province of Baghlan, plunging a vast area into darkness, including much of the Afghan capital.

Provincial governor, Abdul Hai Naimati, told VOA a team of technicians was at the site and repair work was underway.

Afghanistan imports about 300 megawatts of electricity for these provinces from neighboring Central Asian states of Tajikistan and Uzbekistan.

The Taliban had warned last week it would cut the electricity transmission if power supply to insurgent-controlled areas in Baghlan was not restored.

The insurgents had destroyed a major tower in Baghlan’s Dand-i-Shahabuddin district in about two years ago, cutting power supply to Kabul and other areas for nearly six weeks.

The Taliban currently controls or contests nearly 45 percent of the Afghan territory, according to latest U.S. military assessments.

Monday’s insurgent activity occurred as delegations from regional and countries around the world gathered in the Uzbek capital, Tashkent, for a conference on peace building efforts in Afghanistan.

Afghan President Ashraf Ghani will address the meeting his country is co-hosting with Uzbekistan.

The Taliban has ignored Ghani’s unconditional offer of peace talks he announced last month at the Kabul Process international meeting.

Did you find apk for android? You can find new Free Android Games and apps.
Sharing is caring:
terrorists, Afghanistan, taliban, Al Qaeda, Kabul, US invasion World News Comments Off on AFGHANISTAN: Taliban hit electric supply in Kabul, other provinces Print this News