CANADA: Uganda furious over not being allowed to demolish home in Ottawa

Uganda’s high commissioner furious over vote to save damaged building

“We are so disappointed by the decision made by the committee, and that … does not enhance [a] good bilateral relationship between Uganda and Canada,” said Joy Acheng following the committee’s vote Thursday.
The building has cracks from the foundation up to the roof.- Ugandan High Commissioner Joy Acheng

The two-storey red brick building on Cobourg Street is owned by the Ugandan government, and was used as that country’s high commission to Canada from 1985 until 2014, when it was declared unsafe.

It’s been sitting in an increasingly dilapidated state ever since, with serious foundation problems and mould resulting from water damage.
The Ugandan government wants to demolish the building and build a new high commission in its place, but on Thursday Ottawa’s built heritage sub-committee threw a wrench in that plan, ignoring the advice of both the city’s own professional heritage planners and a third-party engineering firm, who agreed the building is in such bad shape it isn’t worth repairing.

Review supports demolition of Lester B. Pearson’s former home
“The committee members were very unfair not to consider the technical report,” Acheng said following the committee’s decision to save the building from the wrecking ball.
High commissioner confronted councillorAcheng confronted Coun. Mathieu Fleury, denying her government had willingly allowed the building to fall into disrepair, instead blaming the crumbling foundation on the unique soil conditions in Sandy Hill.

“The building has cracks from the foundation up to the roof,” Acheng said.

The engineer’s report pegged the cost of repairing the building at $1 million, far beyond earlier estimates.

“We recognize that maintaining properties, especially heritage properties, can be very costly,” said Fleury, who represents the area. “It’s not an excuse to abandon them and not properly do the repairs that are needed to make the building structurally sound.” 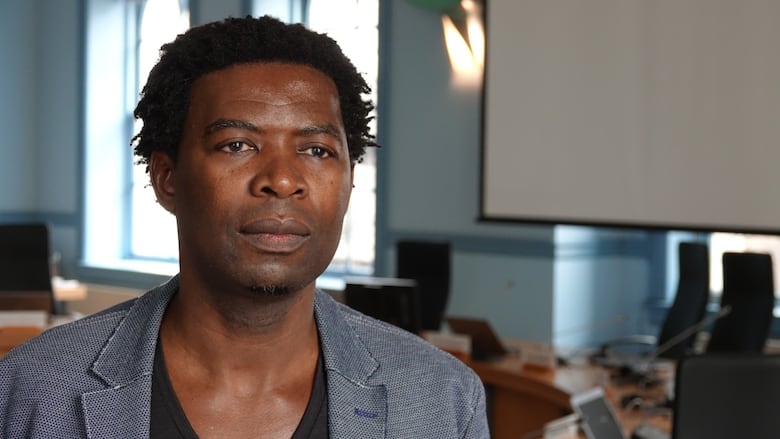 Judah Mulalu is the architect hired by the Ugandan high commission to design a new building at 231 Cobourg St. (Laura Osman/ CBC)Former home of Lester B. Pearson
Committee chair Coun. Tobi Nussbaum and Coun. Marianne Wilkinson were the only committee members to vote in favour of demolition.

Though the building itself doesn’t have much in the way of obvious heritage character, it was once the home of former Canadian prime minister Lester B. Pearson, who resided there in 1957, when he was awarded the Nobel Prize for his role in the development of the UN’s peacekeeping force.

The structure, while not individually designated as a heritage site, is officially designated under a section of the Ontario Heritage Act as part of the Wilbrod/Laurier Heritage Conservation District.

If the building is saved it will become part of a “street museum” dedicated to the lives of former prime ministers.

If the city’s planning committee and council uphold the sub-committee’s decision, the Ugandan high commission will hire and lawyer to appeal, the high commissioner said. 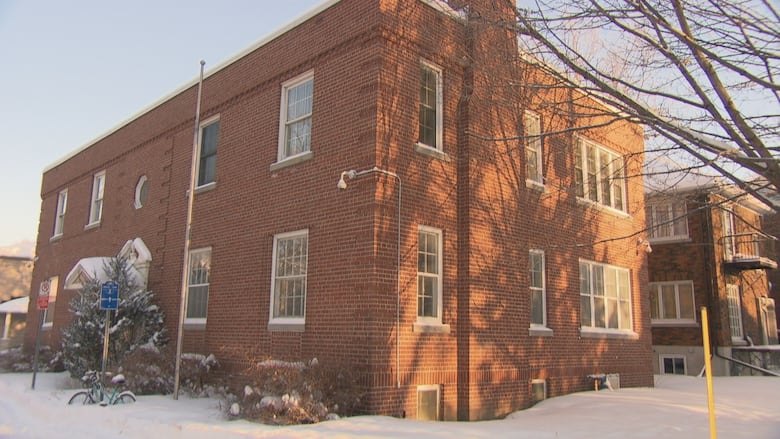 231 Cobourg St. was constructed in the 1940s as an apartment building, and became Uganda’s high commission in 1985.

Did you find apk for android? You can find new Free Android Games and apps.
Sharing is caring:
politics, world news World News, Politics No Comments » Print this News

UGANDA: UN delegates visit their air base in Entebbe