CAMEROON: Will Paul Biya go for a fourth decade in power?

BBC – Cameroon’s President Paul Biya has been in power for 35 years. But while his longevity in office is a talking point at home, the time he spends out of the country has stirred international comment – as Paul Melly, an associate fellow of Chatham House, explains.

Criticised by some for a supposedly “hands-off” style of rule, Cameroon’s President Paul Biya recently held a cabinet meeting for the first time in more than two years.

Presidential elections are scheduled for October and Cameroonians are waiting to hear if the 85-year-old will seek a further term. But no such announcement was made at the meeting.

Mr Biya has been in power since 1982, making him one of Africa’s longest serving leaders. Under his rule, Cameroon has survived an economic crisis and moved from being a one-party state to multi-party politics.

But it has also been marked by endemic corruption and reversal of democratic gains, leading to the abolition of term limits in 2008, which allowed the octogenarian to run for re-election in 2011. 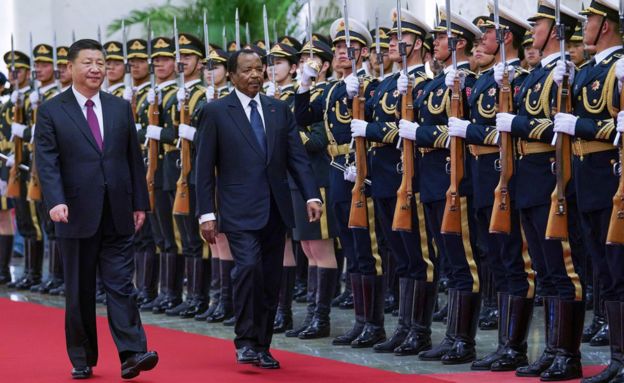 Image copyrightAFPImage captionPresident Biya has been in China this week

Today’s Africa is changing. The era of decades-old presidencies is slipping away. Satellite TV and the internet tell a growing urban audience about democratic changes of power in other sub-Saharan countries.

Some 60% of Cameroonians are under 25 and so were not even born when President Biya first came to power. There is massive demand for jobs and viable livelihoods.

This is the challenge that confronts Mr Biya as he decides whether to stand for a further term that could take him into a fourth decade in power in a country hungry for change.

His repeated absences from the country have riled critics.

His foreign travels have been the subject of an online spat between the state-owned Cameroon Tribune newspaper and the Organised Crime and Corruption Reporting Project (OCCRP), which calculated the amount of time the president spent abroad using reports from the daily newspaper.

The OCCRP estimates that the president spent nearly 60 days out of the country last year on private visits.

It also alleges that he spent a third of the year abroad in 2006 and 2009. The Intercontinental Hotel in Geneva is said to be his favourite destination. 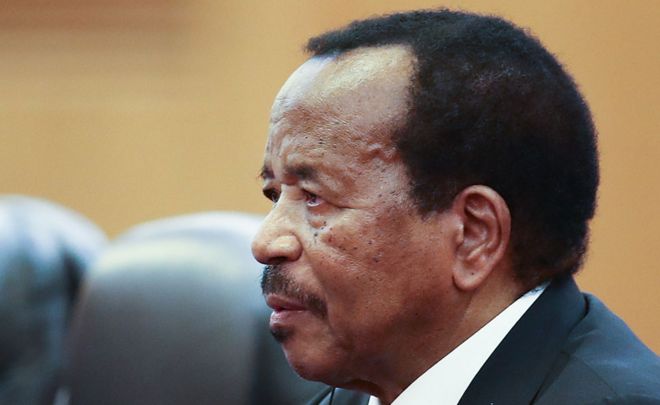 Back home, President Biya adopts a low-key style, staying out of the limelight and sometimes retreating to his home village.

He entrusts the day-to-day running of the government to the Prime Minister, Philemon Yang, who holds monthly gatherings of a “cabinet council”.

The prime minister is accorded wide latitude to manage the work of his ministerial team, while the head of state meets senior figures in private at the presidential palace in the capital, Yaoundé.

Why has Cameroon blocked the internet?

President Biya’s hands-off approach has led critics to talk of an “absent president”.

However, this relationship at least partly reflects Cameroon’s unusual dual heritage of both British and French colonial rule. President Biya, like his predecessor Ahmadou Ahidjo, is from the Francophone regions, while the premier is always an Anglophone.

The president has to be seen to leave the head of government to get on with the job, says one non-partisan Cameroonian analyst.

So when President Biya does summon ministers to a rare formal cabinet gathering, it is usually for a special reason.

The most recent one was the official first meeting of a new ministerial team after a reshuffle earlier in the month. It is similar to the last cabinet meeting, in 2015, which had come soon after the previous government revamp.

This time there was speculation that Mr Biya would announce whether or not he would stand in this year’s election, to seek yet another term in office – but in fact he gave no hint of his thinking on that.

Yet the surprise cabinet meeting did matter in another way.
Language matters

For more than a year, Cameroon’s Anglophone regions in the North-West and South-West have been mired in crisis.

This started as a protest by lawyers and teachers demanding better provision for the use of English. 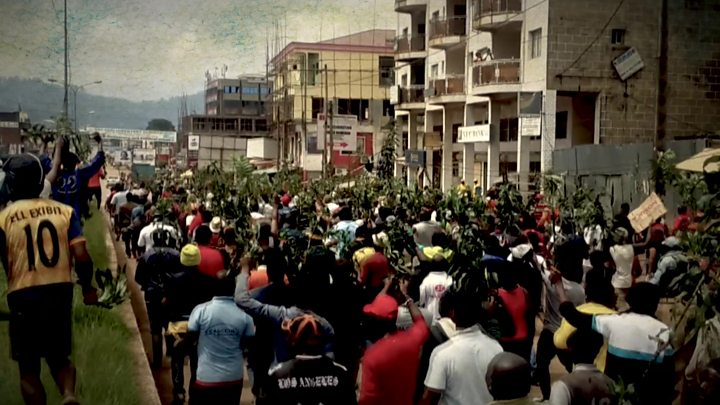 But tensions rose, leading to confrontation between the security forces, a 93-day blackout of internet services across Anglophone Cameroon, and separatist militants fighting for an independent “Ambazonia”, with a rising death toll on both sides.

The government took steps to address the language issues, but the situation still looks dangerous. Both the UK and France have discreetly pressed for dialogue.

President Biya responded with a cabinet reshuffle on 2 March, signalling a carrot and stick approach: firmness on security and law and order was balanced with the creation of a ministry for decentralisation, holding out the promise of greater local control over development and public services. 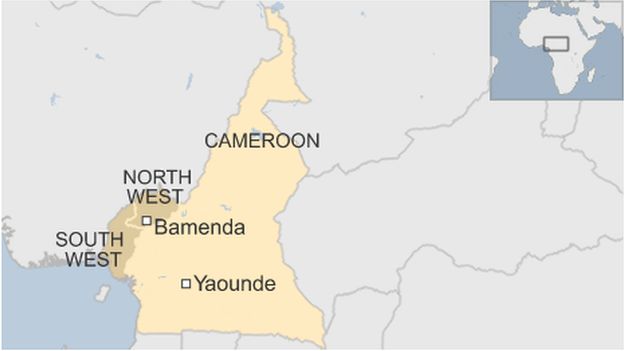 He used this rare cabinet meeting to show his full backing for his ministers as they pursue this twin-track strategy – a firm stance on security in the troubled Anglophone region, but, at the same time, decentralisation, to give local people more control over their own affairs.

So, the so-called absent president had to show a firm hand while also preparing to loosen his grip.